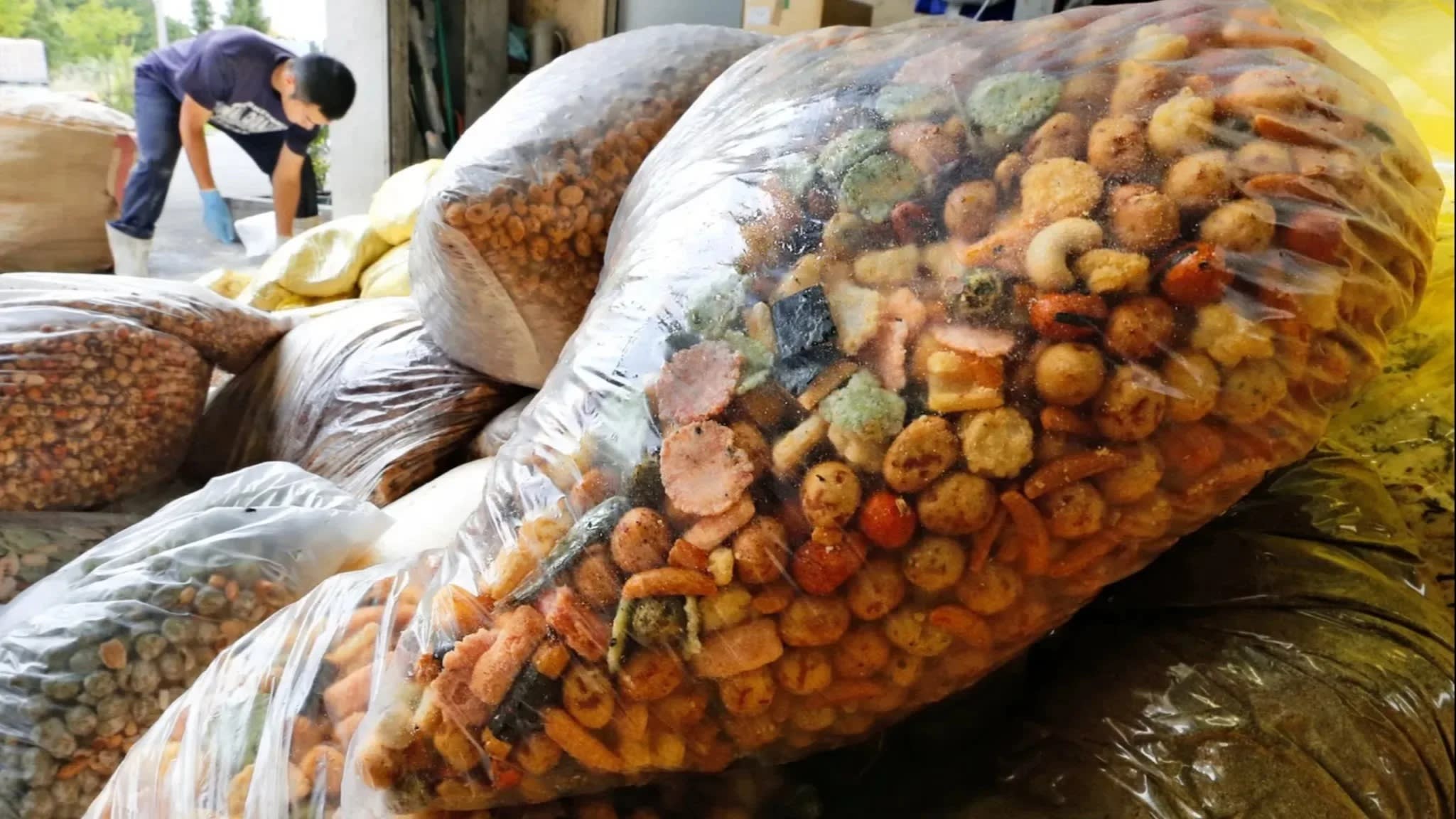 TOKYO -- Seven-Eleven Japan will ease a delivery requirement for food makers as part of efforts to reduce food waste.

The operator of the 7-Eleven convenience store chain will accept short-dated instant noodles that otherwise would have been thrown away under current regulations.

Seven-Eleven is effectively breaking with the "one-third rule," which requires food makers to deliver products within the first third of the period between the production and expiration dates. Products that are delivered past the date are returned to makers and mostly discarded.

This practice has been criticized as being responsible for the huge amount of food wasted every year.

Seven-Eleven stores account for about 15% of cup noodle sales in Japan, according to the company. Because of this, the decision will likely have a significant impact on the industry, said an official at a major food wholesaler.

In fiscal 2017, processed food products in Japan worth 56.2 billion yen ($507 million) were returned to makers after having passed the one-third point, according to an estimate by the Distribution Economics Institute of Japan. Over 40 billion yen worth of these products, or 70%, were reportedly thrown away despite still being edible.

Japan's farm and environment ministries estimate that the country's food loss -- the amount of still-edible food discarded -- totaled over 6 million tons in fiscal 2015. Over half occurred outside homes.

According to a 2016 report by the farm ministry, Japan's annual food waste, including food loss, was roughly 17 million tons, with per capita waste pegged at 133 kg -- much higher than South Korea's 114 kg and China's 75 kg.

The United Nations Sustainable Development Goals call for halving per capita global food waste at the retail and consumer level by 2030. Seven-Eleven will ease the delivery date requirement for instant noodles in August to reduce food waste.

The one-third rule was introduced by Japanese retailers in the 1990s in response to consumer demand for food freshness.

To reduce the amount of food returned to makers, Seven-Eleven in August will start accepting instant noodles up to halfway between the production and expiration dates.

The company already applies this to beverages and confectioneries. Adding instant noodles, which account for a big chunk of convenience store sales, means most processed foods sold at these stores will be covered by the new policy.

The measure will give food makers and wholesalers leeway in their logistics operations and help reduce returned food.

Seven-Eleven is also testing the new rule for other types of processed foods, including retort food and seasonings, in certain parts of the country. It may apply the rule nationwide in the near future.

FamilyMart expanded the list to include instant noodles in March, while Lawson plans to follow suit in October.

Another factor behind the trend toward relaxing the delivery rule is rising interest in environmental, social and corporate governance investing.

Accelerating the trend is a shortage of truck drivers, which is hampering efforts by makers to deliver goods on time. If delivery deadlines are extended, the logistics burden will be eased considerably, said an official at a major wholesaler.

If the new rule is adopted widely, Japanese consumers may find more products closer to expiration dates on store shelves.

But this is unlikely to cause a major consumer backlash. A 2017 survey of consumers by Interwired, a Tokyo-based research company, found that 86% of respondents were willing to eat food after the best-before date. Retailers are betting that changing consumer perceptions about the date have lowered psychological barriers to the policy shift.

"An increasing number of companies are responding to rapidly rising eco-consciousness among Japanese consumers," said Tomohiro Ishikawa, a senior researcher at the Distribution Economics Institute.