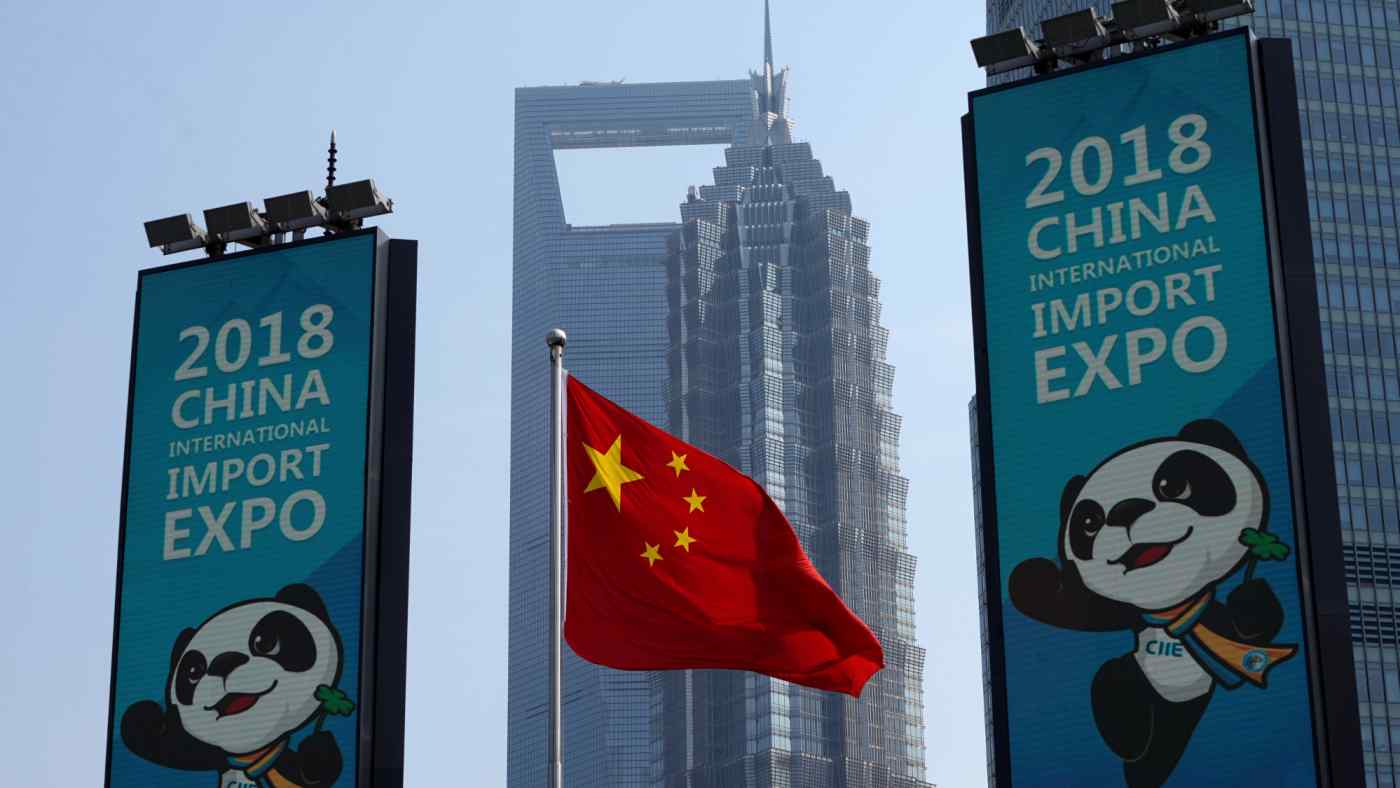 SHANGHAI -- Japanese businesses will make up the biggest group of exhibitors at a government-hosted import expo here, vying for market share as China falls out with the U.S. and warms to Tokyo.

Around 450 companies from Japan, including Toyota Motor, Honda Motor and Mitsubishi Heavy Industries, will showcase their technological prowess and high-quality offerings at the inaugural China International Import Expo, which opens Monday. Panasonic will exhibit equipment for environmentally friendly next-generation vehicles, while trading companies Itochu and Marubeni will present food made in Japan.

The Japanese exhibitors will take up the largest share of space among the roughly 3,000 companies from around the world participating in the event, which is sponsored by the Chinese Ministry of Commerce and the Shanghai municipal government.

As trade tensions worsen with the U.S., China is using the expo as an opportunity to tell the world that it is open for business.

Unperturbed by the trade spat, more than 130 American companies, including General Motors, will take part in the event. U.S. businesses are the third-biggest participant group by origin, trailing just Japanese and South Korean companies.

China's imports rose in 2017 thanks to robust domestic demand, after two years of decline through 2016. In the first nine months of this year, imports grew 14% on the year, according to the General Administration of Customs. But the outlook going forward looks murkier, with imports from the U.S. down 1% in September amid the trade tensions.