Investor proposals are rising steadily, although transition is still at early stage 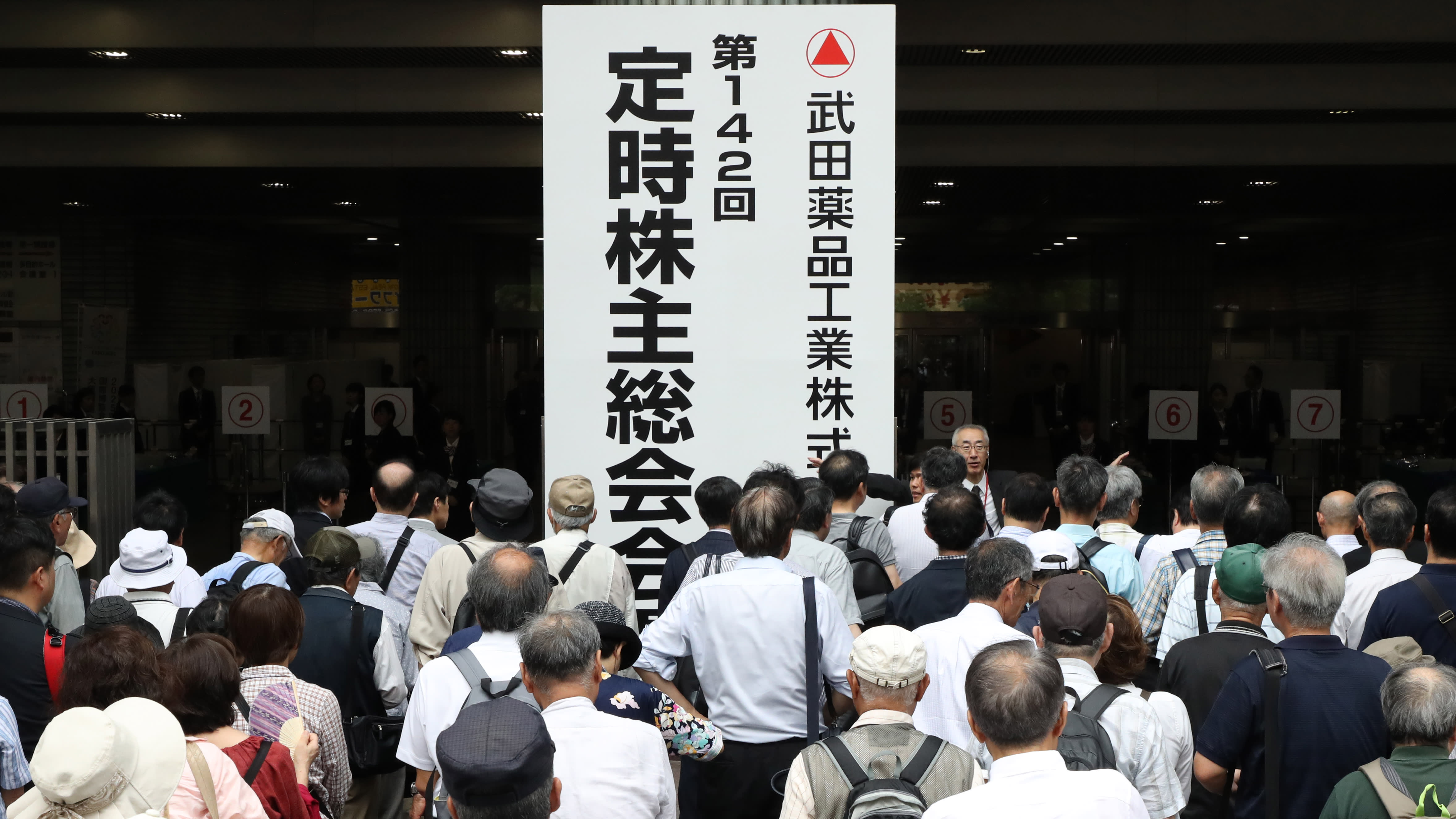 TOKYO -- Annual shareholder meetings in Japan were once sedate, rubber-stamp affairs, often ending in minutes. But both management and investors are slowly embracing dialogue, with both sides exchanging views -- sometimes heatedly -- on how best to create long-term value.

In the past, Japanese managers tended to see their companies as belonging to themselves, rather than to shareholders. And institutional investors hesitated to rock the boat. Attitudes began changing after the government of Prime Minister Shinzo Abe introduced two new sets of guidelines, a corporate governance code and a stewardship code.

Modeled on British versions, these initiatives are shaking things up.

Japan's governance code, which was adopted in 2015 and updated last month, requires listed companies to take shareholder concerns more seriously and work to maximize their returns. The stewardship code of 2014 calls on institutional investors to engage more actively and offer perspectives differing from those of management.

The codes are meant to ensure that companies are run in a sustainable, efficient and profitable manner. If they decide not to comply, management and institutional investors must explain why or risk penalties such as having their choice made public.

This year's resolutions ranged from appointing outside board members to opposing a large acquisition. At the shareholder meeting of nursing home operator JP Holdings, a company proposal to reappoint the president was voted down, and a resolution demanding that new board members be appointed passed. Takeda Pharmaceutical investors submitted a resolution requiring the company to consult with shareholders before pursuing any acquisition worth more than 1 trillion yen ($9 billion). The resolution was a direct response to the company's $62 billion buyout deal for U.K. drugmaker Shire. The proposal was overwhelmingly rejected, however, with just 9% voting yes.

Last year, investors were most interested in dismantling companies’ takeover defenses and ending the practice of offering advisory positions to retiring executives. In 2018, they turned their attention to increasing returns.

According to Goldman Sachs, proposals to unwind cross-shareholding arrangements between companies more than doubled. There was also a significant increase in demands for higher dividends and share buybacks. “A high approval rate for cross-shareholding-related proposals could be a catalyst for future changes in corporate behavior,” said Christopher Vilburn, a Goldman analyst in Japan.

Not all shareholders were so keen to push for a bigger slice of corporate profits. One of the most closely watched proposals this year was tabled at Tokyo Broadcasting System Holdings by British activist fund Asset Value Investors. AVI demanded that TBS slash its strategic shareholdings by handing out shares of semiconductor production equipment maker Tokyo Electron to TBS shareholders.

The proposal failed to catch fire. AVI owned just under 2% of the broadcaster and its resolution won only 11.26% of the votes cast. “We are particularly disappointed that we did not receive more support from institutional shareholders,” said the activist fund's CEO, Joe Bauernfreund.

In some cases, investors decided not to submit a resolution because they were uncertain how much support they could garner. Australian activist fund Morphic Asset Management sent an open letter in early June to Ikuo Ohguri, chairman of condominium builder Haseko, criticizing the company’s low shareholder returns compared with its competitors.

“Your balance sheet is now not just unquestionably strong; it is too strong,” wrote Jack Lowenstein, managing director of Morphic. “As we will discuss below, we also think the level of cash on the company’s balance sheet makes the market nervous that this cash will be applied to a potentially value-destructive acquisition or expansion of one of your current noncore business.”

The letter, which was not accompanied by a resolution at the Haseko annual general meeting, failed to attract much attention from shareholders.

“We are still at a very early stage in the transition,” said Ikunaga, a researcher with Sumitomo Mitsui Asset Management, referring to the two codes. “In the U.S., investors' excessive pursuit of short-term gains is becoming less popular, as it can hurt company sustainability,” Ikunaga said. “It takes time to find the right balance.”

On efficiency, Japanese companies and investors need to do more, analysts say. "Inefficient use of capital is a major reason why Japanese companies have lost their competitive edge in recent decades," said Tsuyoshi Ueno, senior economist from NLI Research Institute.

About 10%, or 461 listed companies in the U.S. became targets of activist investors in 2017, according to American law firm Schulte Roth & Zabel. In Japan, the proportion is closer to Canada's 1% or Australia's 3%, but it must go higher to maintain a sense of urgency for preventing a relapse of the economy's "lost decades," Ueno argued.

"Now that Japanese companies have a lot of cash in their hands, with the support of Abenomics and the Bank of Japan's easy monetary policy, management and investors must carefully and closely watch how the corporate money is spent," Ueno added. "The use of money will have a meaningful impact on the performance of the Japanese economy."