South Korea, US and Japan lead in 5G network deployment 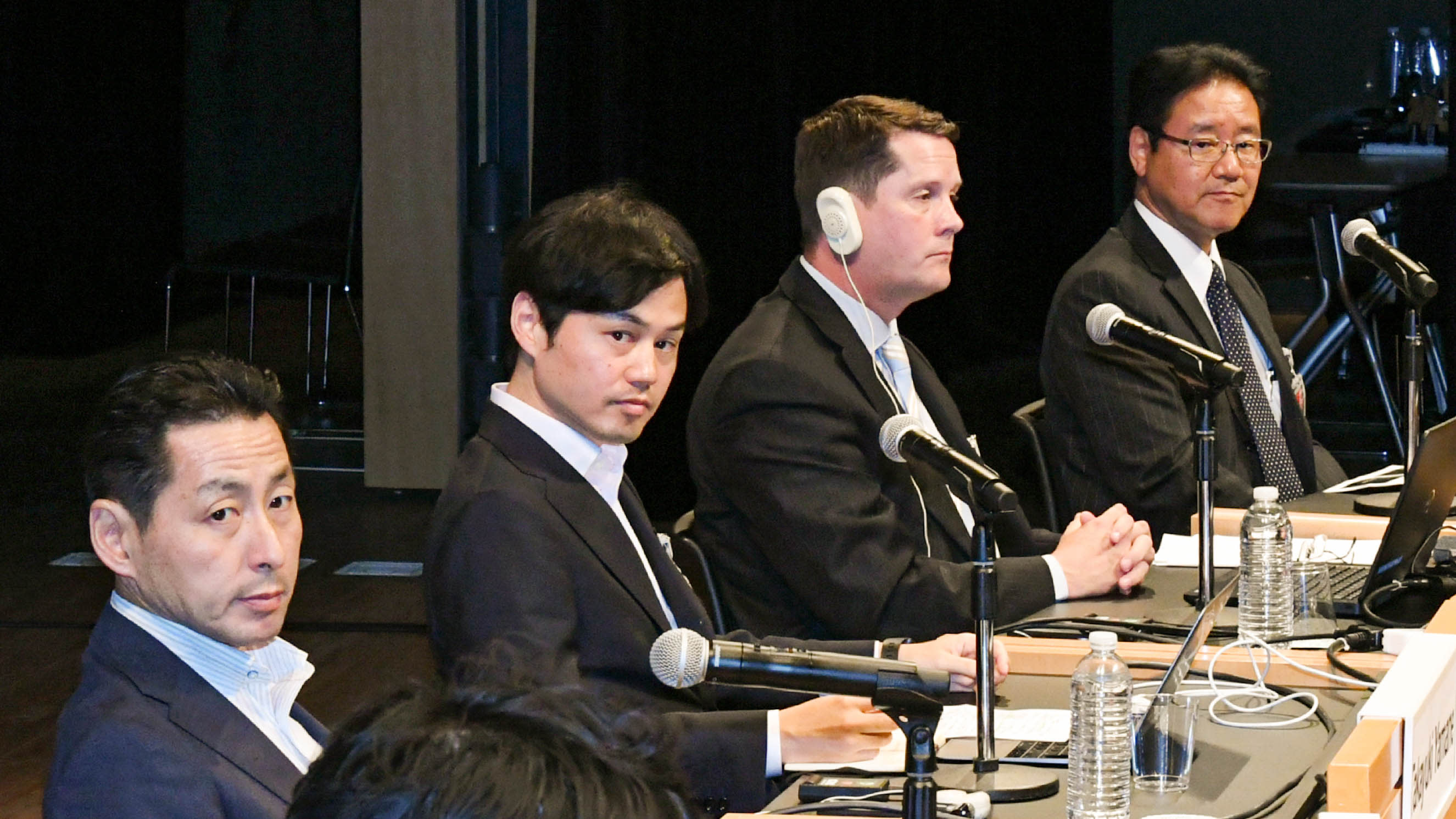 TOKYO -- South Korea, the U.S. and Japan are at the forefront of fifth-generation network deployment but the applications that would harness the full potential of the technology would take some time to emerge, said a panel of industry officials at Nikkei's Global Digital Summit 2019 on Monday.

Samsung launched its 5G smartphone in April in South Korea where 85 cities are already equipped with 5G services. The U.S. has also rolled out 5G services, and Japan is expecting a pre-commercial launch this fall.

"Europe is a little worried actually, to fall behind," said John Harrington, chief executive of Nokia Japan, explaining that Europe has been hampered by difficulty in developing the business case for the technology despite the will to implement.

5G is believed to be a game-changer as it will enable the transmission of large volumes of data with little time delay. As such, it can accelerate technological transformation in many areas, but questions about cost and who pays for it are still to be ironed out.

"It would be very interesting to see how the early deployments in the U.S. and [South] Korea move beyond the consumer and mobile broadband play," said Nokia's Harrington. "They have to see much more industrial connectivity" to establish a firm business case for 5G in the long term, he added.

Iwao admitted that customers in South Korea are choosing 5G mobile contracts not because they are attracted to unique 5G applications, but because of the data offers.

Possible applications of 5G include remote diagnosis by doctors and in factory manufacturing processes. Takayuki Yamane, who is in charge of working with other companies on 5G applications at Japan's telecom operator KDDI, said that video quality will be enhanced with 5G, which will make remote assistance in the airplane maintenance more accurate.

NTT's Nakamura pointed out there were still challenges in building the infrastructure, and it would take years to expand the 5G network across Japan. He added that the company and the Japanese government were working out plans to offer 5G on a temporary basis to users in areas where there is no network, such as construction sites.

About the U.S. trade ban of Huawei Technologies, Nokia's Harrington said security and trust in the network have become important considerations because 5G has the potential to connect "everything."