Third-ranked chaebol looks to transform VinCommerce into another Amazon 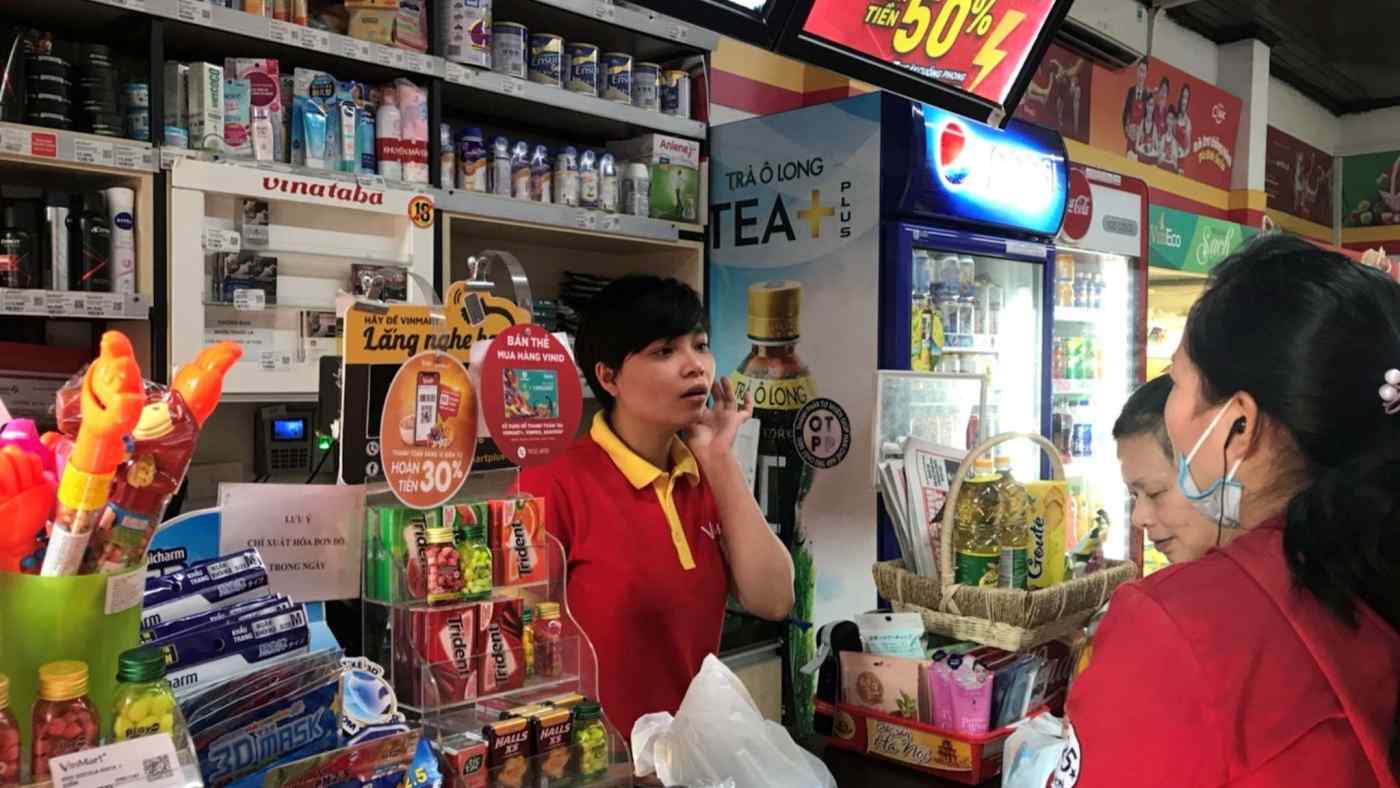 HANOI/SEOUL -- Long a laggard in developing business overseas compared to rivals Samsung and Hyundai, South Korea's SK Group is making a bold move into Vietnam in an attempt to catch up by  tapping the country's wealth of youthful consumers.

SK has purchased large stakes in two Vietnamese business groups, one of them the operator of the supermarket chain VinMart. During a recent weekend visit to an outlet in central Hanoi, customers with their families in tow crowded to buy meat and vegetables.

"I want to feed my children fresh food," said one customer that morning.

That VinMart outlet, located in a large condominium complex, symbolizes the growing allure of supermarkets in Vietnam. Until about five years ago, the country's main shopping venues were traditional open-air marketplaces. But supermarkets are now rapidly emerging.

In April, SK invested $410 million in VinMart's operator, VinCommerce, to gain a 16.3% stake in the company. SK has appointed members to VinCommerce's board and the two sides are considering business collaborations.

VinCommerce, Vietnam's largest retailer, runs a network of about 2,300 supermarkets and convenience stores. But because of an expansion strategy that backfired, the company racked big losses.

VinCommerce still operates a large number of unprofitable stores, making many in the local industry believe that a revival will be difficult. But SK stepped in to invest anyway.

Driving the group's decision are the risks associated with a business model biased toward the South Korean market. Although SK is the third-largest chaebol in the country, most of its operations, such as petrochemicals and telecommunications, rely on domestic demand. Meanwhile, compatriots Samsung Electronics and Hyundai Motor have established themselves internationally.

"Compared to other major chaebols, SK is late in carrying out overseas expansion, such as in Vietnam," said Kazuhiro Momomoto, researcher at the Japan External Trade Organization.

But in recent years, SK has invested heavily to establish a foothold in Vietnam. In 2018, the group spent $470 million for a stake in VinCommerce's current parent, the food conglomerate Masan Group. The next year, SK injected $1 billion into Vingroup, Vietnam's largest conglomerate, gaining a 6.1% stake. Vingroup transferred majority ownership of VinCommerce to Masan in a deal announced in December 2019.

Through those investments, SK plans to put together an upstream-to-downstream distribution and sales network in Vietnam. Part of that scheme is sharing the know-how it gained by managing Eleven Street, a major e-commerce platform in South Korea.

SK, which last year entered into a capital tie-up with Amazon.com, looks to transform VinCommerce into an "omnichannel operator" such as Amazon or China's Alibaba Group Holding, putting the Vietnamese company on a quick path to profitability.

Vietnam has a population of 100 million with an average age of 31 -- and young consumers are eager to spend.

The country's per capita gross domestic product exceeds $3,000, the estimated threshold for fueling a wide proliferation of appliances and other durable goods. The fact that other South Korean companies have trailblazed the market earlier has been a boon for SK.

South Korea's Lotte Group owns the 65-story Lotte Center Hanoi in the central part of the Vietnamese capital. Along with office space and a hotel, the structure contains a Lotte Department Store as well as a Lotte Mart supermarket. And there are reports that the group will open a luxury hotel in Vietnam in 2025.

There are roughly 130 cinema complexes throughout Vietnam, operated by CJ Group and other South Korean companies, which serve as outlets for popularizing South Korean media. In February, Vietnam's education ministry added Korean as a primary foreign language to be taught in primaries schools on up, joining the ranks of English, Japanese, Chinese, French and Russian.

The soft power of K-pop and K-dramas has resonated with Vietnamese youth and benefitted South Korean cosmetic brands. Amorepacific and LG Household & Health Care, for example, are expanding their Vietnam sales channels.

South Korea's presence in Vietnam has grown rapidly since the two countries began deepening relations in 2009. Samsung alone is responsible for about a fifth of Vietnam's total exports. Over 200,000 South Koreans reside in Vietnam, or 10 times the number of Japanese transplants.