South Korean businesses to invest $12.8bn in US 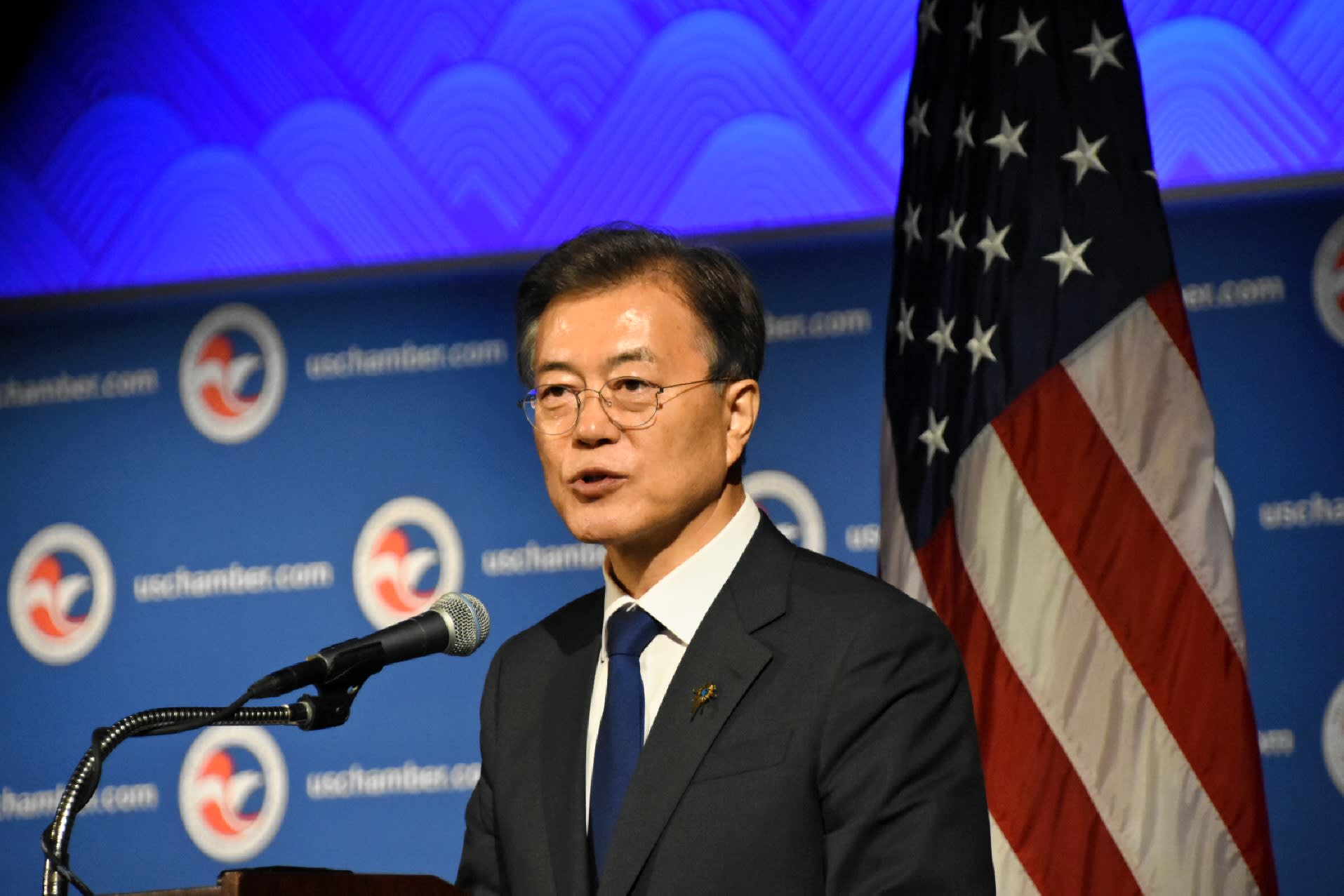 SK said it would partner with U.S. companies General Electric and Continental Resources in shale gas exploration and production. The South Korean company will invest a maximum of $4.4 billion over five years. The company will also start importing U.S.-produced liquefied natural and petroleum gases in 2020.

Moon's government tried to keep its distance from the summit, which it called a business matter. But in fact, the South Korean government appears to have worked with its own Chamber of Commerce and Industry to time the announcements of already planned investments in a way that gave Moon the greatest boost before his summit with Trump.

The Korean corporate titans apparently aimed their show of cooperation to help repair what has been a strained relationship with Moon since he took office in May. Wednesday's U.S. Chamber of Commerce event was the president's first meeting with them since his inauguration.

Moon was elected promising to reform the chaebol, South Korea's big conglomerates, and has taken a stern line toward them. He assailed the Korea Employers Federation business lobby through a spokesman, saying it should "take a period of sincere soul-searching and self-reflection," as quoted by the Yonhap News agency, for contributing to social polarization through the expansion of irregular, precarious employment.

The Trump summit will be Moon's first big turn on the diplomatic stage. Discord has arisen between Washington and Seoul over the installation of the Terminal High Altitude Area Defense anti-missile system, THAAD, in South Korea by the U.S. military. The future of the bilateral free trade agreement is also in question. Under the circumstances, corporate South Korea doubtless helped elevate Moon's position with the gift of the announcements.

Moon has said he aims to sit down with business leaders and discuss economic policy after returning from the U.S. How the summit with Trump will go is unclear, but the meeting does seem to have warmed relations between corporate South Korea and the government.