Rivalry with China heats up while Japanese players fall by wayside 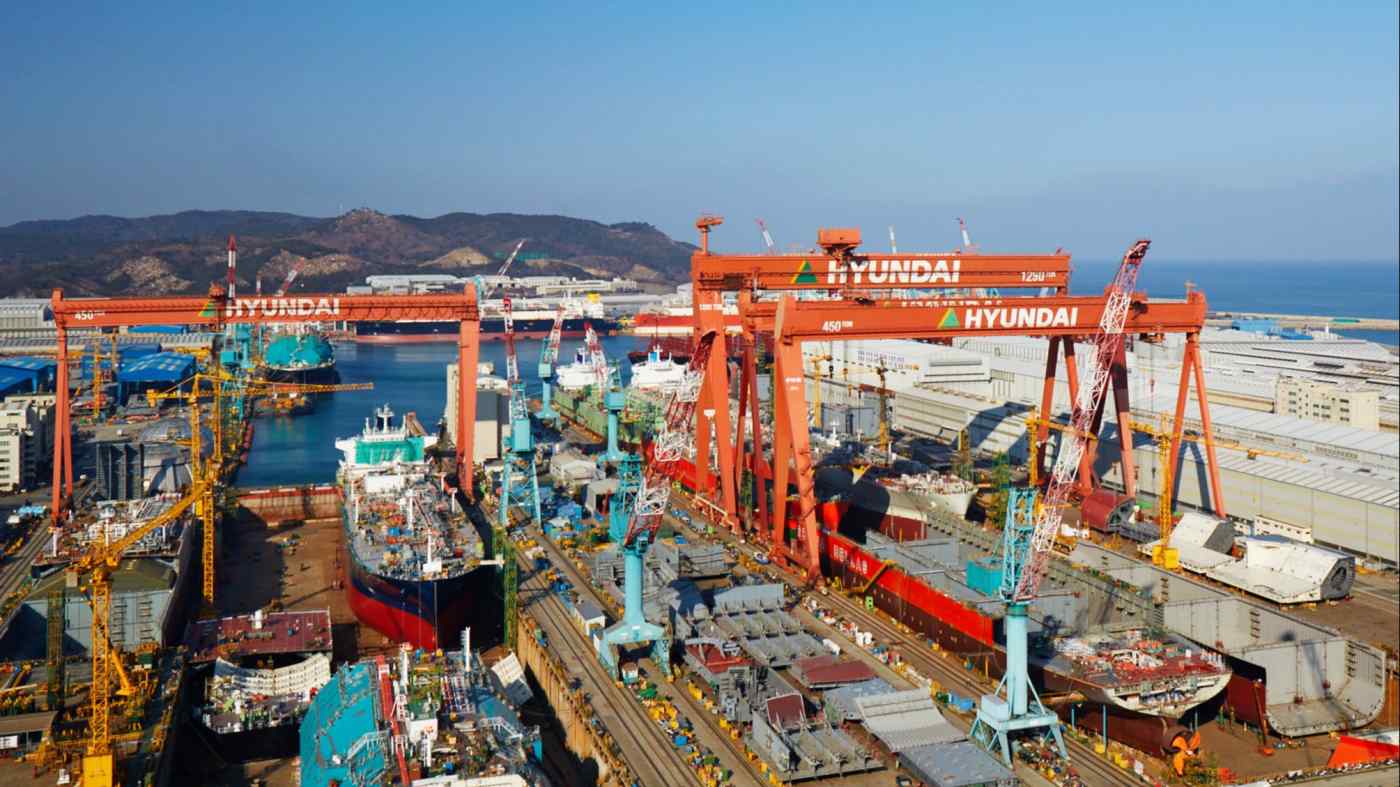 SEOUL/DALIAN, China -- Three South Korean shipbuilders have secured roughly $20 billion in contracts to build liquefied natural gas carriers for Qatar, a major win in a growing rivalry between South Korean and Chinese players for leadership in the field.

State-owned Qatar Petroleum on Monday entered into agreements with Hyundai Heavy Industries, Daewoo Shipbuilding & Marine Engineering and Samsung Heavy Industries for construction of more than 100 LNG vessels. This represents the largest order for LNG vessels on record and essentially books out the three shipbuilders through 2027.

Qatar Petroleum plans to expand its fleet to 190 tankers from the current 74 by that year in preparation for boosting LNG output. South Korean, Chinese and Japanese shipbuilders have all been angling for a piece of the pie.

The groundwork was laid back in January 2019, during a bilateral summit between South Korea and Qatar. Top executives from Hyundai Heavy, Daewoo Shipbuilding and Samsung Heavy promoted their companies to the Qatari energy minister at that time, and negotiations continued behind closed doors.

The exact number of vessels, as well as their specifications and prices, will be finalized by 2024. Parts of the contracts could be canceled as well.

Qatari Petroleum entered into a similar agreement with the three shipyards in 2004 for a total of more than 50 LNG vessels.

The global commodities market faces major uncertainty, with crude oil prices plunging on pandemic-depressed demand. But many big companies continue to make inroads into LNG, which has a smaller carbon footprint than coal or oil, and demand for LNG vessels is only expected to increase.

Building these vessels is a highly technical process, especially since they must store LNG at temperatures below minus 150 C and withstand long journeys at sea. Such Japanese players as Mitsubishi Heavy Industries and Kawasaki Heavy Industries once dominated the field, only to find themselves overtaken by the South Korean competition in the 2000s as it spent aggressively to boost capacity.

Chinese companies have since also climbed up the ranks. China State Shipbuilding Corp., or CSSC, announced in April a roughly $2.8 billion deal with Qatar Petroleum -- the largest overseas contract secured by a Chinese shipyard.

"Chinese shipbuilders are steadily building up their technological abilities," an industry insider said.

CSSC is the fruit of a November merger between China's top two shipbuilders. It prioritizes orders from state-run maritime shippers and also produces military vessels, and is supported by both the government and state-owned banks. Thanks to domestic demand, CSSC became the world's largest shipbuilder by order volume in the January-March quarter.

Japanese companies are not set up to receive orders for multiple LNG vessels at once, putting them at a disadvantage for the type of large-scale contracts offered by Qatar Petroleum. A joint LNG ship venture between Imabari Shipbuilding and Mitsubishi Heavy has not received new orders in recent years and is "essentially a shell of its former self," as an industry insider put it.