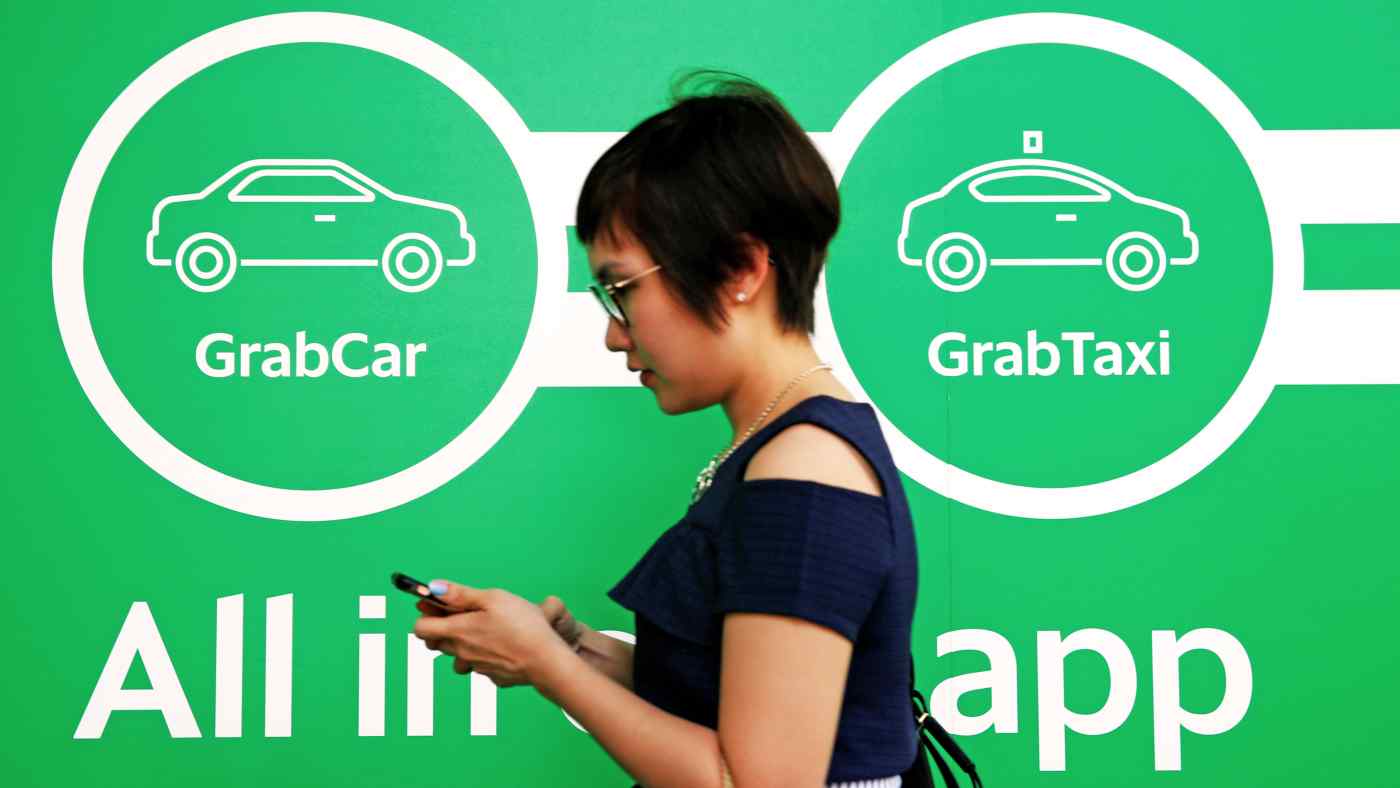 SINGAPORE -- Southeast Asians are outpacing the Chinese in embracing the mobile economy, with higher percentages of the population in several countries using smartphones to do their banking, to shop and hail rides.

China may be home to giant e-tailers like Alibaba Group Holding, but Indonesia has the world's highest mobile e-commerce penetration rate, a new report reveals. Thailand leads the way in mobile banking penetration, while Singapore is ride-hailing central -- two fields in which China doesn't even crack the top five.

The findings explain why investment money is steadily pouring into Southeast Asian startups. That money is fueling a digital revolution that has already made the region one of the world's most powerful growth drivers, while China grapples with a worsening slowdown.

Among Thailand's internet users, 74% access banking services via mobile devices, according to the annual Global Digital Report 2019 from social media management platform Hootsuite and digital marketing agency We Are Social. That puts one of Asia's favorite vacation spots well ahead of the global rate of 41% and higher than China, at 61%.

Bank transfers remain the most popular way to make commercial and personal payments in the country, where a large portion of the population does not have access to credit cards or checkbooks. This financial environment has allowed mobile banking to flourish.

Banks themselves are nourishing the sector. Last March, the country's four largest banks -- Bangkok Bank, Kasikornbank, Siam Commercial Bank and Krung Thai Bank -- dropped fees for internet and mobile transactions made with account holders at any Thai bank. Some smaller banks immediately followed suit. The moves were in response to fierce competition within the banking sector as well as with Line Pay and similar services.

The trend matches the Thai government's plan to help the predominantly cash-driven economy go cashless. The government expects multiple benefits from a digital payments economy. Transaction records would allow small and medium-size enterprises to apply for loans. They would also make bribery more difficult and put hurdles in front of human and narcotics traffickers. 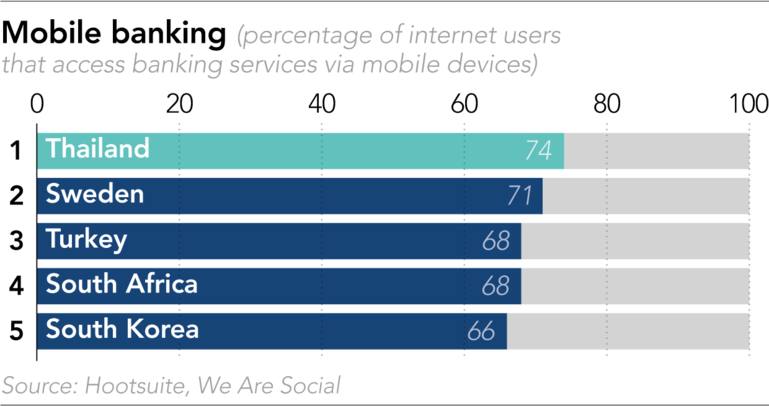 Indonesia, home to e-commerce unicorns Tokopedia and Bukalapak, topped the world in mobile e-commerce usage. In the past month, 76% of its internet users bought something via a mobile device. In this category, the archipelago known more for its seismic activity leaves the rest of the world, at 55%, in the dust and even beats China, at 74%.

The country's demographics seem tailor made for mobile e-commerce. About 60% of the 260 million Indonesians are under 40. Mobile penetration is at 70%, and accessing the internet with a smartphone is the norm.

Mobile e-commerce is especially popular in cities, where shopping online also buys time and a detour around mind-numbing gridlock.

Indonesia-based ride-hailer Go-Jek can be partially credited with sparking the country's penchant for online shopping. A major part of the superapp's popularity is its Go-Food delivery service, which allows users to order meals from popular restaurants and warung -- small, family-owned shops. The company said the service processes $2 billion of annualized gross transaction value, "making it the largest food delivery service in Southeast Asia." As for ride-hailing, Southeast Asia dominated the top of the list. Singapore, home to the region's largest player, Grab, sits in first place. Of the country's internet users, 52% hail a ride at least once a month. Indonesia is No. 2 at 51%, and Malaysia No. 3 at 48%. These figures compare to 30% globally and 35% in China.

Being small and highly digitized, and having a relatively low regulatory barrier to entry, Singapore has allowed the ride-hailing business to take off. Grab and Uber Technologies entered the market in 2013. Last year, Grab acquired Uber's Southeast Asian operations.

The service has proved popular across a region in which some traditional taxi drivers are known for ignoring the meter, haggling over fares and dabbling in other passenger-unfriendly practices. The Global Digital Report also revealed that Southeast Asians spend more time than their global brothers and sisters on the mobile internet. Thais spend the most time directing their phones to their preferred online hangouts, at five hours and 13 minutes a day. Filipinos came in No. 2 at four hours and 58 minutes. Indonesians finished fourth at four hours and 35 minutes.

With such rich terrain, global investors have been happy to pump money into the region's digital ventures. Grab and Go-Jek have become Southeast Asia's biggest startups, with Grab's valuation topping $10 billion and Go-Jek's closing in on that plateau.

Five years ago, Southeast Asia's internet penetration rate was 25%. While the figure now sits at 63% -- 415 million Southeast Asians have internet access, up from 380 million a year ago -- it remains low compared with the U.S. and Europe, where the rate stands above 90%.

Other studies also show big growth opportunities in the region's mobile-based services. Last year, research by Google and Temasek Holdings estimated that the size of the region's internet economy will more than triple by 2025 to $240 billion from 2018's $72 billion, led by mobile internet services.

"For most Southeast Asians, smartphones represent the primary gateway to search information, social media and messaging applications, and music and video entertainment," according to the Google-Temasek report. "Smartphones also enable access to maps, news, personal productivity applications such as emails and spreadsheets, and transportation services, contributing to improve the livelihood of vast segments of the population that don't have access to the internet via desktop or laptop computers."

Nikkei staff writers Masayuki Yuda in Bangkok and Shotaro Tani in Jakarta contributed to this report.