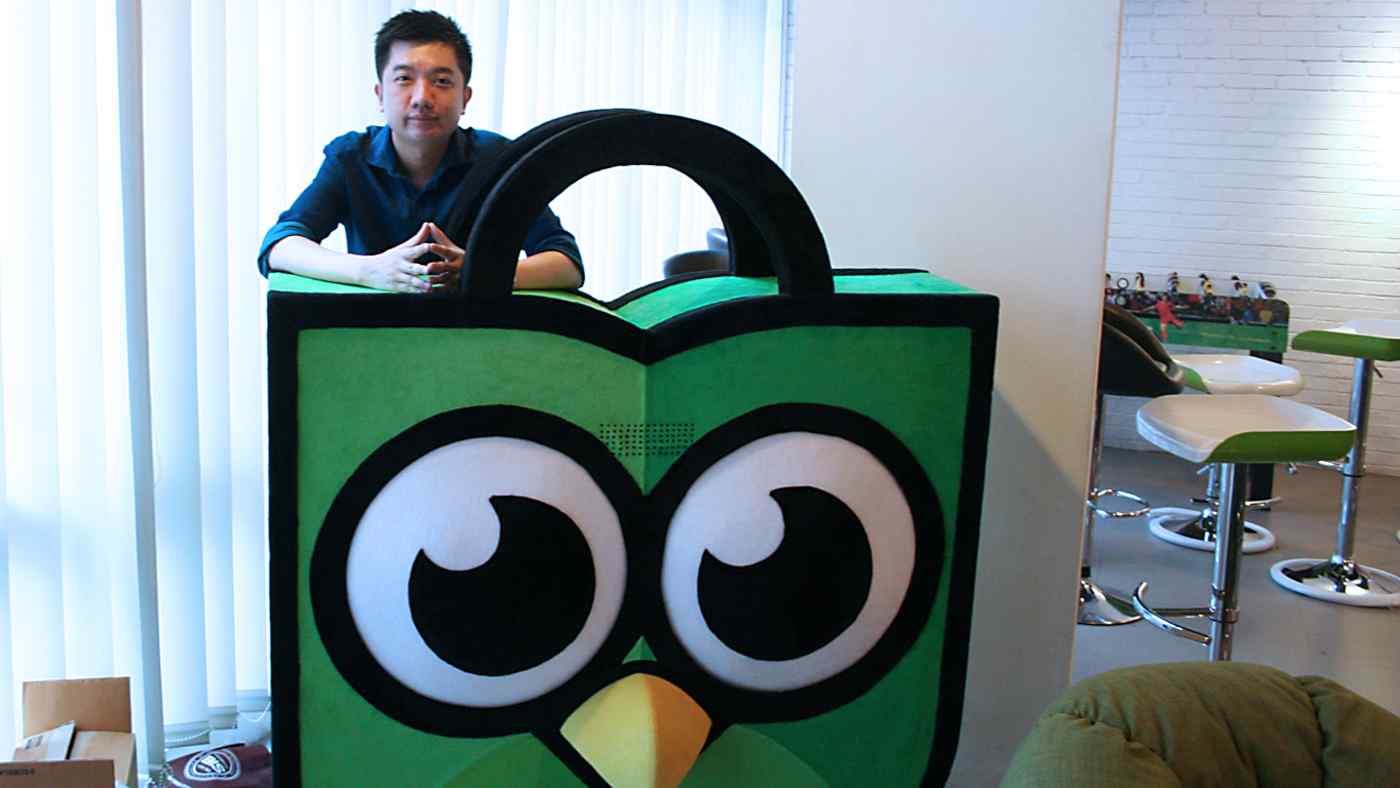 TOKYO -- Southeast Asia is seeing a rush of fundraising by local startups driven by "megarounds" worth more than $100 million, a trend that is pushing the region's veteran venture capital firms to deploy more firepower.

Investment in the region's technology startups rose more than threefold last year, driven by Asian tech giants and other deep-pocketed backers. The $2 billion raised by Singapore-based ride-hailing company Grab this year would appear to show that investor appetite has not cooled.

Alarmed by the sudden surge in the amounts being offered, one lesser-known Southeast Asian seed investor is adapting its strategy.

In March, Tokyo- and Singapore-based East Ventures established EV Growth, a much larger fund than its previous vehicles, to invest in more mature startups in Southeast Asia. The company, along with Yahoo Japan and Indonesian conglomerate Sinar Mas Group, collectively chipped in $95 million and are seeking external investors to bring the total as high as $200 million. By comparison, East Ventures' most recent seed fund raised $30 million.

Previously, the company would provide handounts of a few hundred thousand dollars to numerous startups while still in their infancy, with the aim of reaping sizeable gains from the handful that eventually made it big. The new fund, in contrast, invests at least $2 million per deal.

"We would sit down with a founder and ask, 'How many employees are in your company?' and the answer would often be two," Managing Partner Batara Eto said in an interview with the Nikkei Asian Review. "There is no business to analyze." The new fund's approach "is completely different ... We look at numbers, we look at growth."

East Ventures is not the only seed investor setting its sights on bigger deals. In July, KK Fund, a Singapore-based venture capital firm focused on early-stage investments, said it partnered with Malaysian conglomerate Sunway Group to launch a $50 million fund -- 10 times larger than its first vehicle. The Sun SEA Capital fund will mainly target Malaysian startups looking to expand beyond their home country.

KK Fund's previous investments of hundreds of thousands of dollars "would not be enough for them to go abroad," said Koichi Saito, KK Fund's founder. "It would be possible with a few million dollars." Sunway is providing 20% of the fund's capital, and Saito is looking to raise the rest from Malaysian investors.

The change of tack is a reaction to the recent increase in the scale of investment, as an inability to commit larger amounts of funds would risk missing out on the next stage of a startup's growth.

Indonesian e-commerce startup Tokopedia is a case in point. East Ventures became an early backer in 2010, but last year, investors led by Alibaba poured $1.1 billion into the company.

"When an investor like Alibaba comes and puts in $1 billion, our stake faces severe dilution," Eto said. "We said to ourselves, 'We should try to join later rounds'."

The trend illustrates the growing appetite for a slice of Southeast Asia's burgeoning tech industry. Startups in the region raised $7.86 billion in 2017, according to Singapore-based Tech in Asia, more than triple the year-earlier figure of $2.52 billion. While the growth has slowed this year, investment still stood at $4.22 billion as of August 20. 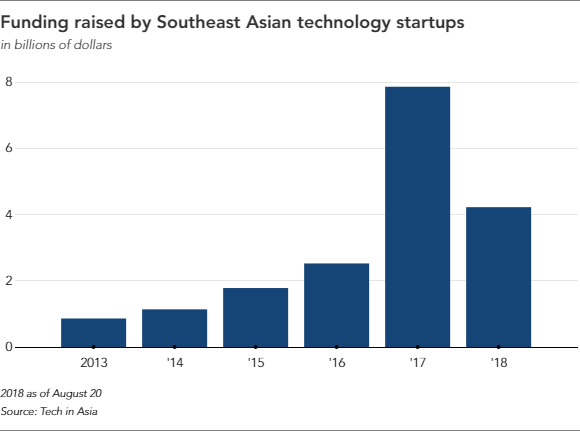 A string of $100 million-plus "megarounds" has contributed to the surge, such as the $1.1 billion injection into Tokopedia and $2 billion raised by Grab. Such deals have been led by large technology companies, such as Alibaba and Japan's SoftBank Group, as well as prominent U.S. private-equity firms like KKR & Co.

A 2016 report by Singapore state investment company Temasek Holdings and Google estimated that $40 billion to $50 billion in investment is required to build a $200 billion internet economy in Southeast Asia by 2025. With more players looking to join the game, there has been a jump in the formation of so-called growth funds. But many are new and lack credible track records. Seed investors like East Ventures, which have backed founders from the beginning, offer deep analysis and connections that the newcomers do not have.

Saito of KK Fund adds that the new fund is not only about putting more money on the table. Sunway's wide-ranging real estate businesses -- including malls, hotels and hospitals -- can serve as sales channels for startups. "It's better to have Sunway Group involved because we can use its assets," Saito said. "In Southeast Asia, there are not a lot of businesses that are solely online. Offline partners are key to success."

The deeper collaboration between professional investors and companies may help make an investment-driven industry more sustainable. None of the top "unicorns" -- unlisted startups valued at $1 billion or more -- are believed to be generating a profit, and most are still focused on growth, like expanding into new businesses and countries.

"Yes, they have disrupted," said Michael Gryseels, a Singapore-based senior partner at McKinsey & Co.'s Digital Labs, which helps old-economy companies like banks adapt to the digital era. "But it has taken enormous investment, and it is still unclear when they will be profitable and who will survive." Most startups would be better off working with established players, "particularly in this part of the world, where there are a lot of challenges to get into the market," such as regulatory approval, he added.

The expansion into the growth stage also poses new challenges for seed-stage investors. Eto and his colleagues at East Ventures used to make investment decisions entirely on their own. The new fund needs approval from its two partners -- a Japanese tech company and a giant Indonesian family business. "It makes decision-making a bit slower," Eto acknowledged. "But that is good because our investment is also bigger."

Some say the business of picking out somewhat successful startups has already become a crowded industry. Growth-stage investments are "very competitive and prices are expensive, so it may be more difficult to make money," said Khailee Ng, who manages the Southeast Asian seed fund 500 Startups, a Silicon Valley-based venture capital firm.

To cater to investor demand for larger deals while maintaining autonomy in decision-making, 500 Startups instead creates a special-purpose vehicle that invests in a single startup. The approach was used in May to invest more than $20 million in Carousell, a Singapore-based e-commerce startup.

"Valuations [in Southeast Asia] are getting higher," said a spokesperson at Japanese e-commerce group Rakuten, which invests in the region and other parts of Asia. "But venture capital spreads risk among multiple players, so the increase in high quality participants is positive over the long term."

For seed investors, the key to adding firepower may come down to bringing in new backers. Eto said he is looking to tap investors in China, a country involved in most megarounds. "I think they would like to see the deal flow" from the early stages, he said.