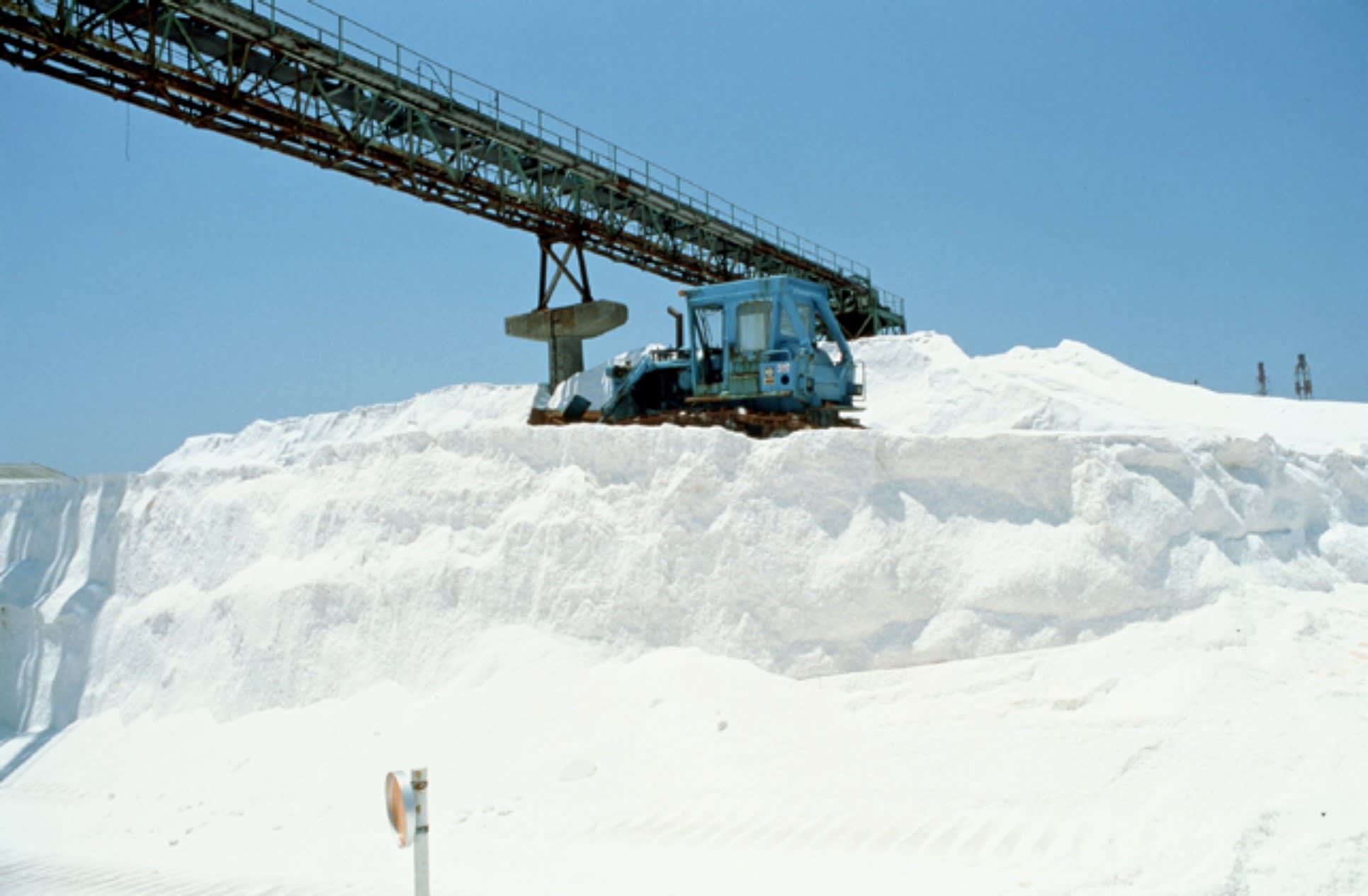 TOKYO -- Skyrocketing demand for caustic soda, a general-purpose industrial chemical, from Japan's paper diaper and electric car industries, as well as Asian markets, is provoking the fear of supply shortages.

This has sparked a scramble to ensure a stable supply among conventional users like a local waterworks bureau as well as paper, chemical and metal processors that own factories in the country.

Prices of caustic soda exports to Asia in early March rose about 20% from a year earlier. The price is 20-30% higher than the domestic price, prompting suppliers in Japan to shift their focus to exports.

According to the Japan Soda Industry Association, exports of the chemical in 2017 increased 6% from the previous year, while the domestic demand jumped 4% to 3.38 million tons over the same period.

Officials at the Tokyo Metropolitan Government's Bureau of Waterworks have been desperately seeking new sources since the start of this year. How China's fight against pollution is pressuring disposable diaper makers

One possibility, an official said, is to "procure through individual contracts," rather than through bidding.

The waterworks bureau uses around 16,000 tons of caustic soda a year for pH adjustment of tap water. Although the bureau buys it through bidding in March and September, a deal may not be reached in the March auction due to soaring prices.

Caustic soda supplier Asahi Glass's official in charge of sales has cited "an unprecedented level of shortage" amid rising prices since last November.

The company said that its plants are operating at full capacity so a "further production increase is infeasible."

Shin-Etsu Chemical, Kaneka, Tosoh and other big suppliers followed suit. In late February, clients accepted the price rise as requested by the suppliers.

A senior official of a major papermaker acknowledged they have given in to the suppliers' demand.

"The suppliers warned that they would export [caustic soda] if we did not accept the price hike," said the official. "We are throwing up our hands."

The paper manufacturing industry in Japan consumes about 10% of caustic soda produced in the country.

The industry uses the chemical for dissolving wood chips during paper pulp production and there is no alternative chemical that can do the same job. This means the procurement problem threatens their survival.

The higher price is expected to lift industrywide sales costs by about 6 billion yen.

The caustic soda demand in Japan almost plateaued in the 1990s when companies started moving more of their production overseas.

In the late 2000s, after the global financial crisis, a decline in demand became pronounced.

As the chemical is used in a variety of industries, it is difficult to differentiate in terms of quality. Around the same time, competition with overseas rivals, which offer lower prices, intensified.

These factors have led Japanese suppliers to decrease the number of their facilities, and production capacity has fallen about 10% over the last decade.

Behind the resurgence in demand is the growing paper diaper and electric vehicle markets.

Caustic soda is the main ingredient in superabsorbent polymers, which are used to make paper diapers. It is also used in production of electrode materials for lithium-ion batteries for electric vehicles.

Nippon Shokubai, the world's largest manufacturer of superabsorbent polymers, expanded capacity at its Himeji Plant in Hyogo Prefecture, by 50,000 tons to 370,000 tons a year.

About 0.2kg to 0.4kg of caustic soda is used per kilogram of superabsorbent polymers.

The capacity ramp-up translates into an additional 15,000 tons of caustic soda demand annually.

According to analytics provider IHS Markit survey, global demand will total 78 million tons in 2018, up 2% on the year. Half of it comes from China.

Total demand is projected to reach 82 million tons by 2020.

Another unnerving bit of news for the waterworks bureau and factory-based manufacturers is that Shin-Etsu Chemical will engage in scheduled maintenance at its plant capable of churning out up to 320,000 tons of caustic soda a year. The large-scale maintenance takes place once every two years.