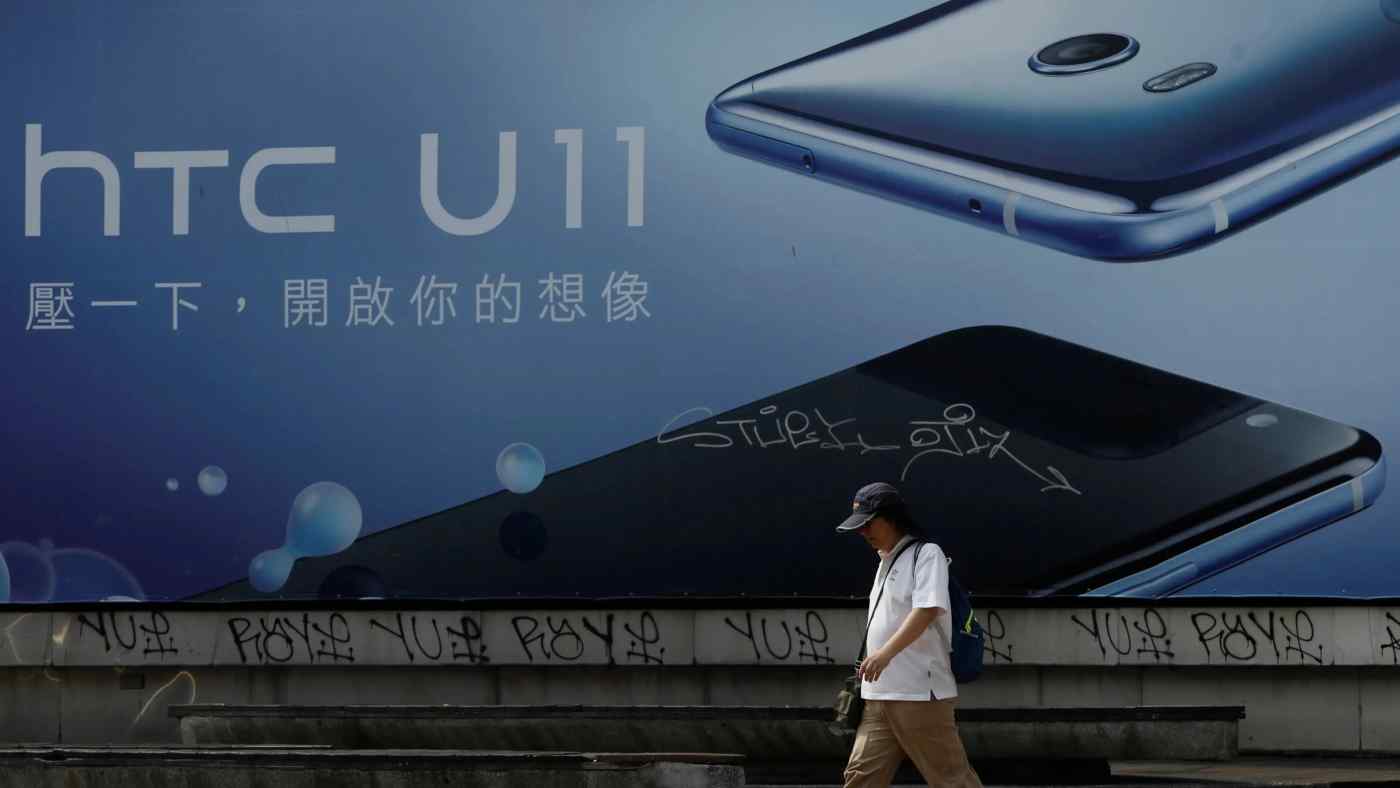 TAIPEI -- Taiwan's once-glorious tech brands have become a shadow of their former selves, struggling to compete against Apple, Samsung and mainland Chinese rivals even on their home turf.

The lack of consumer appeal afflicting Taiwanese smartphones is a case in point. Local manufacturers Asustek Computer and HTC hold a global share of less than 1%. At home, this rises to nearly 15%, but they have lost ground to Chinese competitors Oppo, Huawei Technologies and Xiaomi, which control a combined share topping 18%. Heavyweights Apple and Samsung Electronics, of course, enjoy healthy demand in Taiwan.

Smartphones made in Taiwan are failing to move the dial among domestic customers -- as well as retailers. During a visit to a Taipei outlet, a store attendant recommended other brands when asked about Taiwan-made handsets. "Samsung and Chinese products are better deals," she said matter-of-factly.

HTC has posted operating losses for 14 straight quarters through September, while its workforce has shrunk to about 5,000 due to repeated layoffs. This is the same company that sold the world's first touch-panel cellphone in 2007, which helped paved the way for the smartphone revolution.

Asus, as Asustek Computer is commonly known, fully entered the smartphone business in 2014 under its ZenFone brand. The company branched out to Japan and Southeast Asia among other places, advertising phones with prices starting at $99. 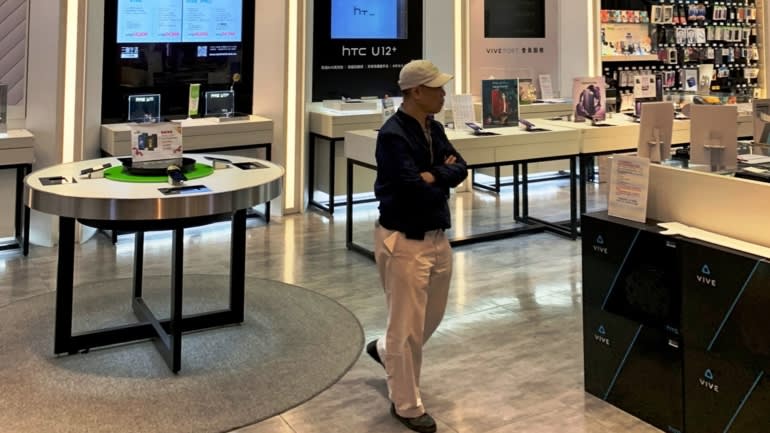 HTC smartphones have failed to established a presence even in the home market. (Photo by Kensaku Ihara)

But Asus's smartphone segment booked a loss of 6.2 billion New Taiwan dollars ($201 million) for the October-December period last year, which apparently triggered its first quarterly net loss in roughly nine and a half years. Jerry Shen, the company's CEO for over 10 years, stepped down Jan. 1 as it proceeds with an internal restructure.

Although Taiwan had successfully developed a tech sector that had produced companies on par with South Korean rivals such as Samsung and LG Electronics, local players have fallen significantly behind in establishing consumer brands.

Ironically, the Taiwanese tech sector was Asia's pioneer when it comes to brand establishment. Stan Shih, founder of Acer, used to stress the importance of the brand.

Taiwan's tech sector got its start in the contract manufacturing business -- essentially serving as an anonymous stagehand for the global industry. But Shih pointed out that Taiwan risks being caught in the bottom rung of the so-called "smile curve" he proposed in the 1990s. According to the argument, upstream development and downstream marketing command more profitability than assembly at the midpoint.

Acer can be described as the father of Taiwan brands. It began selling its own brand of PCs in the 1980s. Riding demand for its low-priced, slim-bodied machines, the company grew into the second- largest PC manufacturer in 2009, capturing a 15% global share. But that portion now wallows at about 6%.

Acer also spun off its BenQ digital electronics unit in 2001, and Asus was formed by former Acer engineers.

Yukihito Sato at the Institute of Developing Economies, a Japanese think tank, places part of the blame on the Taiwanese tech sector's origins in contract manufacturing. "A push for original products did not take off because it created a conflict of interest in the consumer market with corporate clients" they supply, he said.

Building homegrown brands requires "a market of a scale that allows companies to compete and grow," Sato added, pointing to the need for sufficient internal demand.

However, Taiwan is home to a population of 23.5 million -- far smaller than Japan's 127 million, and less than half of South Korea. "There's no will to compete on brand if the supporting market is small," said an executive at a tech company.

In South Korea, chaebol conglomerates such as Samsung, LG and Hyundai Motor have benefited from both government and public support, forming business models that can take on the likes of Apple.

Companies that have focused on contract-manufacturing, such as Taiwan Semiconductor Manufacturing Co. and Apple supplier Foxconn Technology Group, have attained global prominence. Foxconn, formally known as Hon Hai Precision Industry, made brand products a core segment after the 2016 buyout of Japan's Sharp. But Foxconn's past model for success is being threatened by rising labor costs in China as well as the Sino-U.S. trade war.

Faced with the writings on the wall, the Taiwanese tech industry is on the hunt for the next big thing. Asus Chairman Jonney Shih said in December that the company will focus its smartphone business on gaming and other areas of strength -- signaling a shift from the mass market to niche domains.

Acer's decision to specialize in gaming computers is bearing fruit. Its consolidated operating profit in the July-September quarter jumped 25% from a year earlier, thanks to the brisk gaming market, which grew more than 10% to $134.9 billion last year, research firm Newzoo estimates.

Another option is to utilize Taiwan's existing supply chain to create novel products. Gogoro, an electric scooter startup launched in 2011 by an HTC alum, logged unit sales in excess of 70,000 last year, or more than double 2017's number. The scooter's swappable batteries, which can be recharged at a network of stations, have drawn followers. Apart from batteries, Gogoro procures nearly all components locally, and the company is financially backed by a Taiwanese government fund.