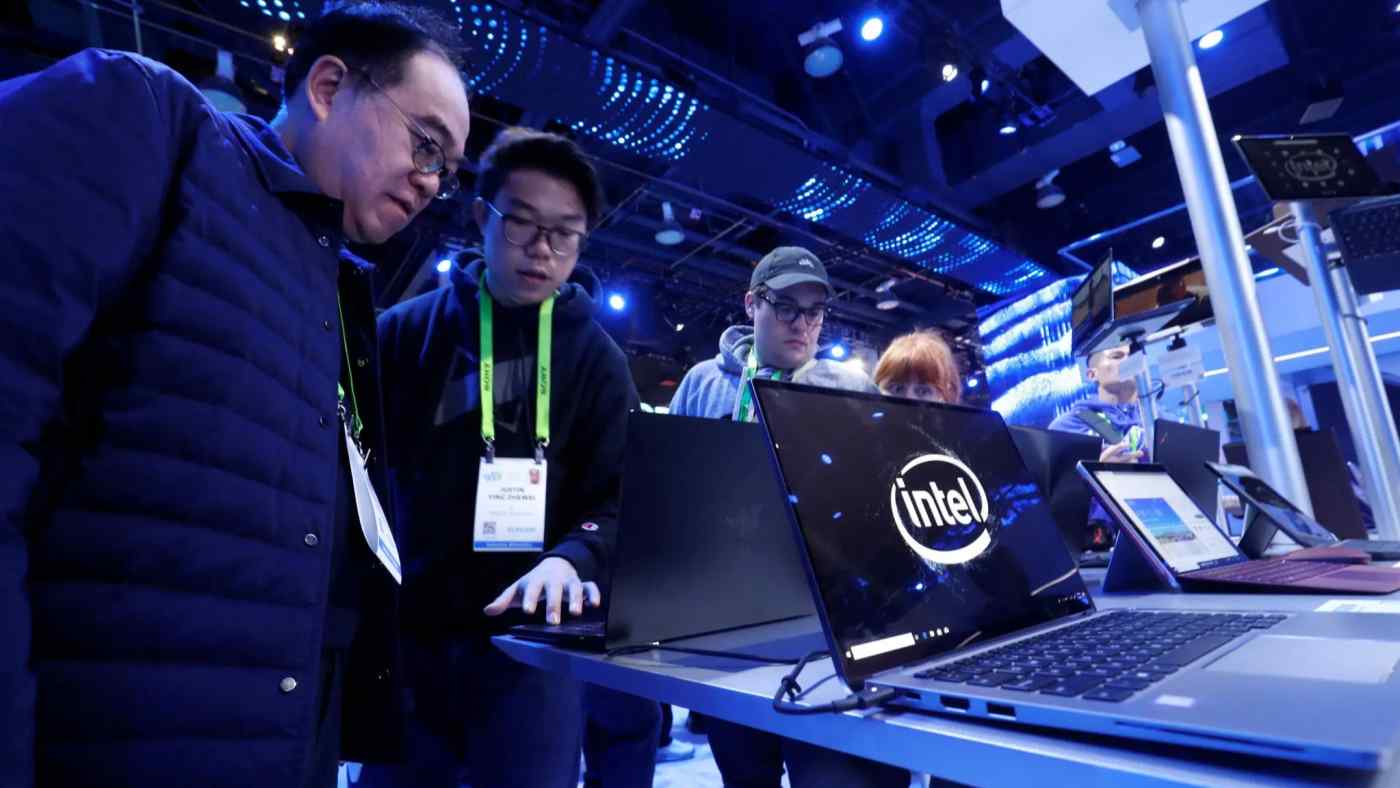 TAIPEI -- Taiwan's Compal Electronics, the world's largest contract manufacturer of notebook computers, on Friday said tight supplies of Intel processors will continue to drag on the industry this year.

Central processing units are the most crucial component in personal computers, and the production bottleneck at top CPU supplier Intel adds to the problems for an industry struggling to stir up fresh demand.

"From where I see it, demand for notebooks, such as commercial, thin-and-light, gaming and educational notebooks, is there, but the supply of Intel's CPU still cannot catch up," Compal Vice Chairman Ray Chen told an investors conference.

Intel's output of CPUs has been constrained by the U.S. chipmaker's exclusive deal to supply Apple with modems for its new iPhones last year, the Nikkei Asian Review reported in October.

"We continue working closely with our customers to align demand with available supply as we add capacity," an Intel representative told the Nikkei Asian Review on Friday.

"However, supply of our PC processors and chipsets remains tight," the representative said, adding that the company would provide more information at an April 25 earnings briefing.

Compal's Chen expressed a conservative view on the timing of the improvement.

"Based on clients' order forecasts and the component supply status, the shortage will expand further next quarter," he said told investors, referring to the April-June period. "Many orders are for April and May, but the supply will arrive in June, which will create a challenge for us to maximize our production capability in that particular month."

"The shortage is real," the vice chairman said. The supply of CPUs will probably improve by the end of the third quarter or by the fourth quarter of this year, "but it will face another challenge of meeting the peak demand for holiday season," he added.

Worldwide PC shipments fell 0.4% on the year to 258.49 million units in 2018, according to research company IDC. A brief return to growth in the second quarter was reversed in the following months, owing to the shortage of Intel CPUs and uncertainties created by the U.S.-China trade war, IDC said.

Pan Chien-kuang, a tech analyst at the Taipei-based Market Intelligence & Consulting Institute, said the supply issue is not the only worry for PC makers this year.

"The PC industry is estimated to see another mild decline or a flattish year, as the replacement cycle for consumers is getting longer and longer and the major innovations to stimulate the sales are limited," Pan told the Nikkei Asian Review.

Meanwhile, Compal has decided to reactivate its manufacturing plant in northern Vietnam mainly to produce routers and desktop computers, even though Washington and Beijing are moving toward a deal to resolve their trade disputes.

"Labor costs in China continue to grow and some of our product lines like routers and desktop computers have already been hit with an additional 10% tariff," Compal President Martin Wong said. "Some clients asked us to shift the production away [from China], so we had to reactivate the Vietnamese plant."

"China will still be our main production hub, but we need to have backup strategy to cope with the economic dynamics," Wong added.

The trade war between the world's two largest economies continue to be the biggest cause of macroeconomic uncertainty for the tech industry. The slowdown in smartphone markets as well as a pressure on the industry this year.

However, the head of the world's top contract chip manufacturer, Taiwan Semiconductor Manufacturing Co., on Friday offered a glimpse of hope for the year ahead.

"The year of 2019 is full of uncertainties... the trade spat as well as China economic slowdown are affecting almost every industry and not only the semiconductor industry," said Chairman Mark Liu on the sidelines of an industry event.

"But, we see the chip demand [excluded memory chips] will gradually recover after the first quarter... we see demand improve from the next quarter," Liu said.

"The introduction of 5G-compatible smartphone would be like the new leaves growing in spring to the industry."