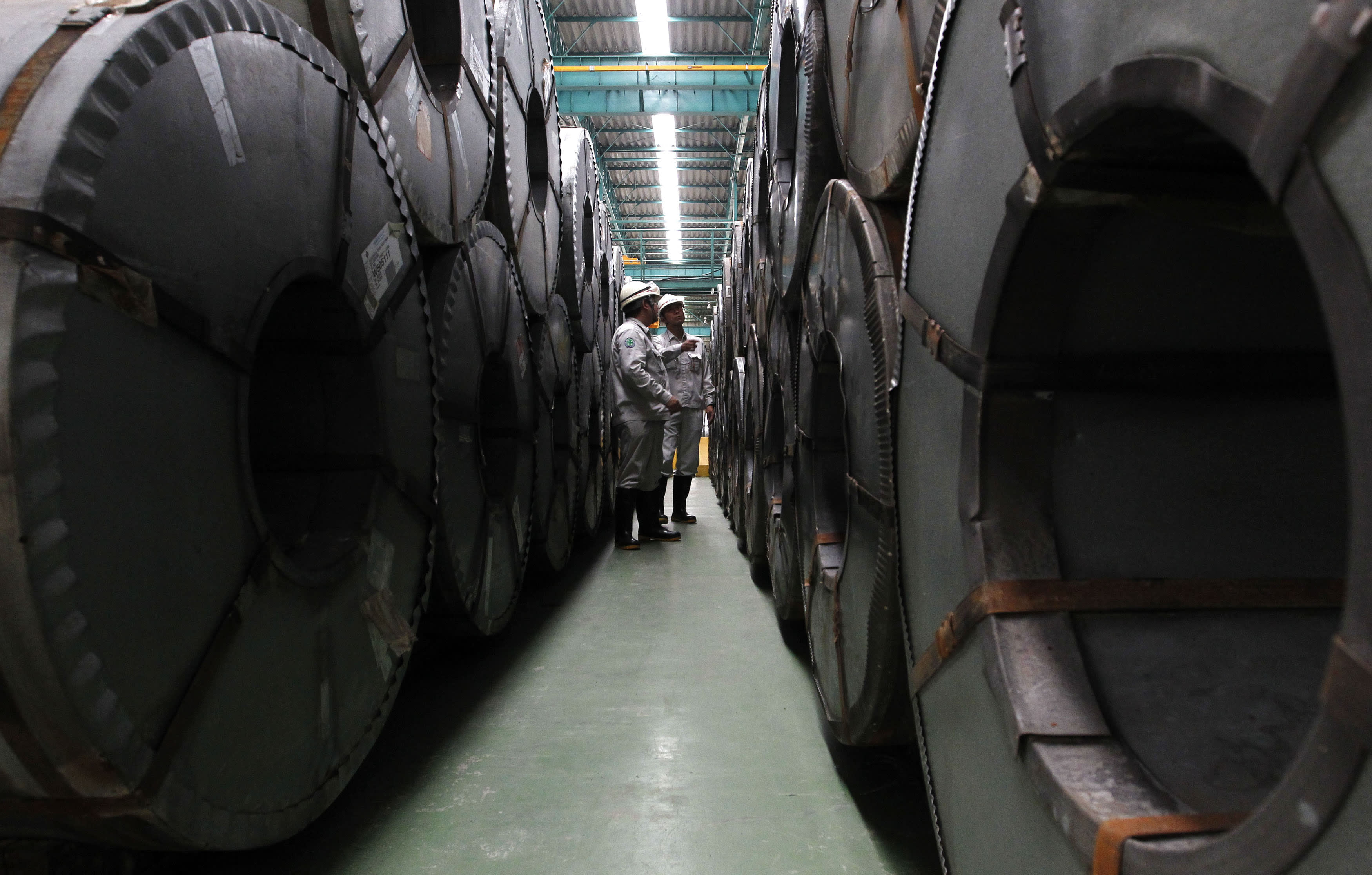 BANGKOK -- The Thai steel industry has warned the government that thousands of workers could be laid off if it does not take any action to stem the influx of cheap Chinese imports that are expected to reach a record amount this year.

They demanded that the government put in place measures, such as higher tariffs, to discourage the dumping of Chinese imports that have been denied access to the U.S. market and diverted to Southeast Asia due to the prolonged Washington-Beijing trade war.

"Other steel companies, particularly small ones, are also mulling over the plan to lay off employees to cut costs if we don’t have any tighter measure to stop the imports of Chinese steel," he wrote in the letter. "If the government allows this situation to last longer, everything would be worsened with hundreds of workers adversely affected."

He did not give an exact number of employees who would be laid off.

Others were even more pessimistic. "It could affect thousands of workers in the sector if the situation worsens," an analyst at the Iron Steel Institute of Thailand told the Nikkei Asian Review. There are around 30,000 workers in the local steel industry.

Thai steelmakers said in the letter that they had invested as much as 200 billion baht ($6.4 billion) over the past several years to develop the industry. However, cheap Chinese steel is forcing them to cut back production. The Federation of Thai Industries said that the steel sector is only producing one-third of its capacity.

In view of the crisis, Tata Steel, the Indian parent which held a 67.9% in Tata Steel (Thailand), announced on Jan. 28 plans to sell its entire holding to Hebei Iron and Steel Group, China's second largest steelmaker better known as HBIS Group.

"The decision comes at a time when investment returns here in Thailand are expected to deteriorate," Sirorote said. "We made up our mind to liquidate stakes in the Thai unit and shift the focus on the Indian market where demand on steel is growing in line with the economy.”

Last month's letter to the prime minister wasn't the first time that local companies have tried to stem the inflow of cheap Chinese products. The Thai steel industry has long been plagued by Chinese imports as a result of Beijing's subsidies to its exporters that have encouraged production.

Although the Thai government has implement anti-dumping measures, Chinese producers have been able to get around those rules by coating their steel with other substances that then allow them to sell into Thailand at lower prices than they were meant to.

Chinese producers are also dumping in Vietnam and Indonesia but these countries are able to suck up the supply as their own industry isn't manufacturing enough to meet local demand.

Small Thai companies now face a bleak future. “Some small steel companies are also in talks to merge their business in order to survive. Some small businesses who failed to adjust themselves could go out of business," said an analyst at the Iron Steel Institute of Thailand.