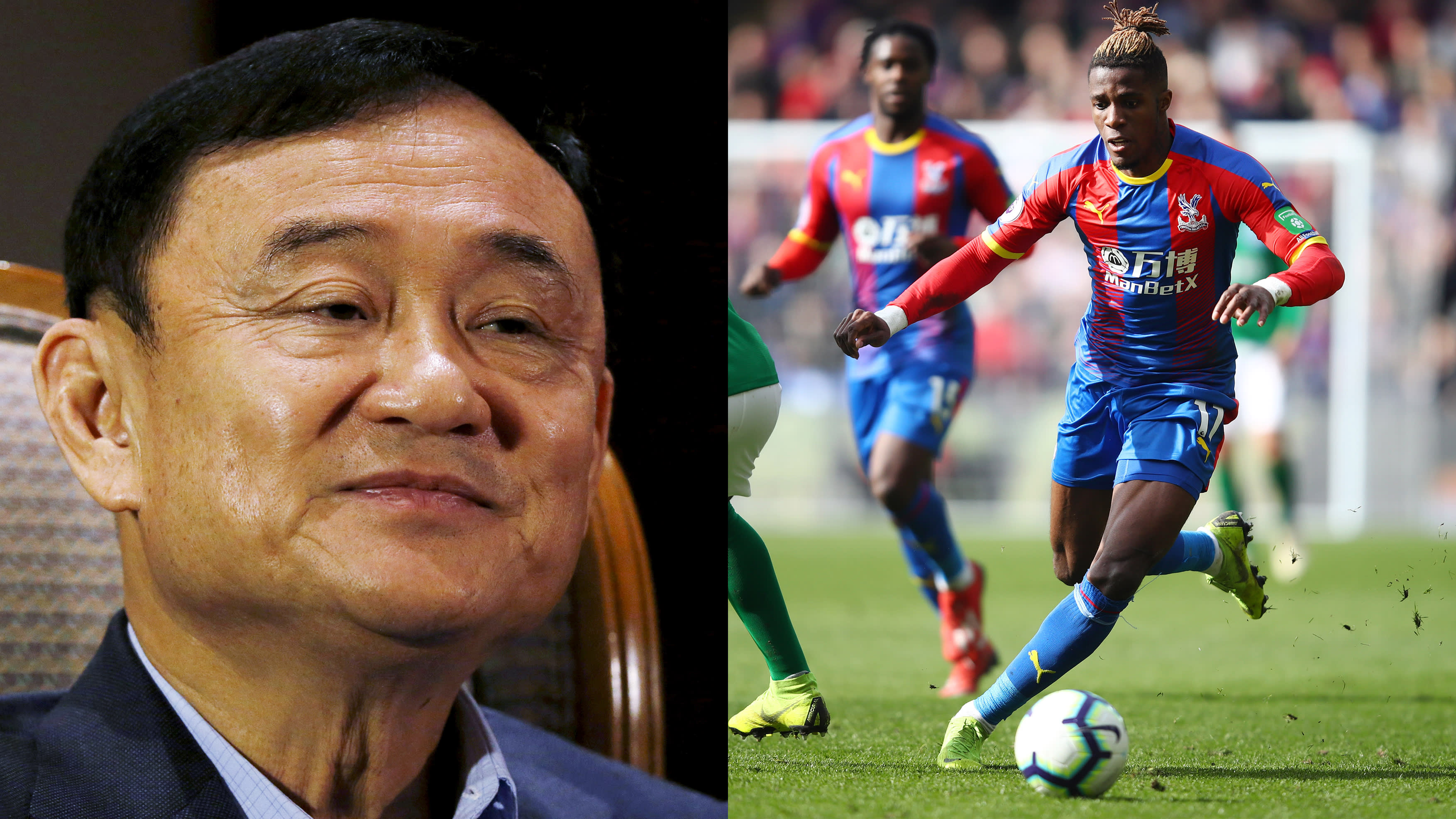 "Thaksin is in talks with Crystal Palace Football Club," Mitti Tiyapairat told local television. Mitti is chairman of Thailand's Chiangrai United Football Club, and is seen as Thaksin's first choice for running the London-based soccer team known as the Eagles.

"The negotiation is currently in the stage of agreeing on price, management and other details," Mitti confirmed. "We expect a deal soon."

Managed by Roy Hodgson, a former England national team manager, Crystal Palace is ranked 12th of 20 teams in the 2018/19 Premier League season that ended May 12. The team was founded in 1905, and co-owned by British investor Steve Parish and American investors Joshua Harris and David Blitzer.

If the deal materializes, it will be the second British soccer team to be owned by Thaksin. The tycoon took over as an owner and chairman of Manchester City Football Club in 2007 before selling out a year later to Abu Dhabi United Group, which is led by Sheikh Mansour, an Emirati royal. Since then, Manchester City had won the Premier League title four times including this past season.

However, Thaksin might find buying a club more difficult this time as the “Fit and Proper Person” test for ownership is being more rigorously applied. Chelsea’s owner Roman Abramovich started the whole trend of billionaire foreigners investing in English football clubs, but has put Chelsea on the market after his UK visa and work permit were revoked.

Thaksin became prime minister of Thailand in 2001 but was ousted in 2006 in a military coup. Thaksin sold out of Manchester City because he was no longer able to fund the team's large debts as he faced criminal proceedings in Thailand where his assets were frozen. He received a two-year prison sentence for corruption in 2008, but had absconded by then.

Thaksin's dabble in Premiership soccer did not disappoint though: He made a profit of 20 million British pounds ($26 million) from the Manchester City investment.

Despite his self-exile, Thaksin and his family remain popular in Thailand where he had hoped to make a political comeback in the recent elections. However, the military government led by Prime Minister Prayuth Chan-ocha proved hard to unseat, despite a split vote in the lower house.

A week after the election, Thaksin's royal decorations were stripped by King Vajiralongkorn Bodindradebayavarangkun, citing his abscondment. Such moves cement the position of the current administration and makes it hard for anti-junta forces, including Thaksin-linked Pheu Thai Party, to mobilize enough support to form a majority in the lower house.

The Crystal Palace purchase may be a signal from Thaksin that he still has the energy and capital to be in the game, whether it be in business or politics, some analysts said. It could also be a way to reward members of Thai Raksa Chart whose political careers were virtually ended by the court order. Mitti was the secretary-general of the disbanded political group.