The 2010s in review: A look back at a decade of business in Asia

From startups to scandals to sibling rivalries, the last 10 years were anything but dull TOKYO -- From the birth of unicorns to the rise of tech giants, the 2010s were an epic decade for business in Asia. As 2019 draws to a close, we look back at some of the region's more memorable moments.

Gojek got its start as a motorcycle-hailing service in Indonesia in 2010. Less than 10 years later, both Gojek and archrival Grab of Singapore have blasted past unicorn status -- a valuation of $1 billion -- into decacorn territory. The two now have so much cash that they are now major startup investors themselves.

Grab and Gojek harbor "super app" ambitions, creating a single platform that does it all, from making payments to ordering food to booking a massage. This strategy is seen as key to surviving in the 21st digital economy.

But there is one burning question they will carry into the next decade: When will they start turning a profit? Gojek started out as a motorcycle-hailing service and has since branched out into food delivery, e-payments and more.

The sudden ousting of Michael Woodward as CEO of Olympus in October 2011 quickly snowballed into one of the biggest corporate corruption scandals in Japan's history. Woodford had been with the optical equipment maker for 30 years but lasted just two weeks in the top post.

The rupture came when he pressed the board for details on acquisitions made under his predecessor. It soon emerged that the company had used those acquisitions to paper over more than $1 billion in investment-related losses going back to the 1990s. Two former Olympus executives were handed jail terms and corporate governance in Japan was left with a black eye.

The video for South Korean singer Psy's "Gangnam Style" debuted on YouTube in July 2012 and by the end of that year became the first video to rack up 1 billion views.

The might of South Korea's soft power has only grown in the years since, with boy band BTS storming global charts and even addressing the United Nations in 2018. In more somber news, a recent spate of suicides has raised questions over the cost of South Korea's pop culture dominance.

2013 was a breakout year for professional video game competitions, with the number of viewers doubling to more than 2 billion worldwide. That year also marked the inaugural season of China's League of Legends Pro League, one of the regional competitions for the multiplayer fighting game that culminate in the world championship -- which boasts a viewership of nearly 100 million and a top prize of $1 million.

And while competitive video gaming may be stretching the definition of "sport" for some, this year marked the first time that esports were included an IOC-sanctioned event, the 2019 Southeast Asian Games in the Philippines.

Less than 1% of China's population was using the internet when Alibaba was established in 1999. Fifteen years later, the e-commerce behemoth celebrated a $25 billion IPO in New York. China's internet giants had arrived. 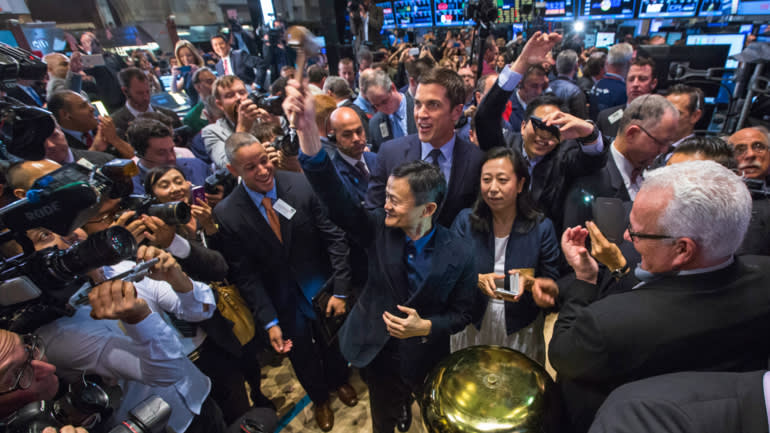 Alibaba has now had two blockbuster listings in the 2010s: One in New York and one in Hong Kong.    © Reuters

The explosive growth of Alibaba and the two other members of BAT -- search engine giant Baidu and Tencent -- has transformed the country's online and offline economy. Dueling investment from Alibaba and Tencent, for example, is pushing up startup valuations in everything from to fintech. Alibaba's Singles Day is now the biggest online sales event in the world.

But size alone is no guarantee of continued success. Baidu has seen online ad revenue stagnate, while Tencent faces regulatory headwinds in its mainstay gaming operations. Alibaba, meanwhile, is scrambling to keep sales growth hot as the economy cools.

1 Malaysia Development Bhd was set up to fund infrastructure projects in 2009. By 2014 its funds were allegedly being used to buy Van Goghs and finance "The Wolf of Wall Street" and other Hollywood films. In one of the world's biggest financial scandals, the U.S. State Department alleges that $4.5 billion was siphoned off from the fund to corrupt officials.

Among those officials is former Prime Minster Najib Razak, who set up the fund and is now on trial for corruption related to it. Malaysian financier Jho Low, believed to be the central figure in the scandal, remains on the run.

Goldman Sachs, which served as the fund's underwriter and earned about $600 million in fees from bond issues, faces potential U.S. fines of more than $1 billion. Malaysia meanwhile is seeking $7.5 billion in compensation from the bank.

2016: Sibling rivalry on the national stage

When Indian billionaire Mukesh Ambani's Reliance Jio Infocomm began offering cut-rate mobile services in 2016, it sparked a brutal price war that soon claimed a notable casualty -- younger brother Anil Ambani's Reliance Communications, which was forced out of the market in 2017.

The Ambani sibling rivalry grabbed headlines throughout the decade. In 2006, the brothers split the business empire founded by their father, and their desire to outdo each other fueled growth in the twin empires throughout the following decade. 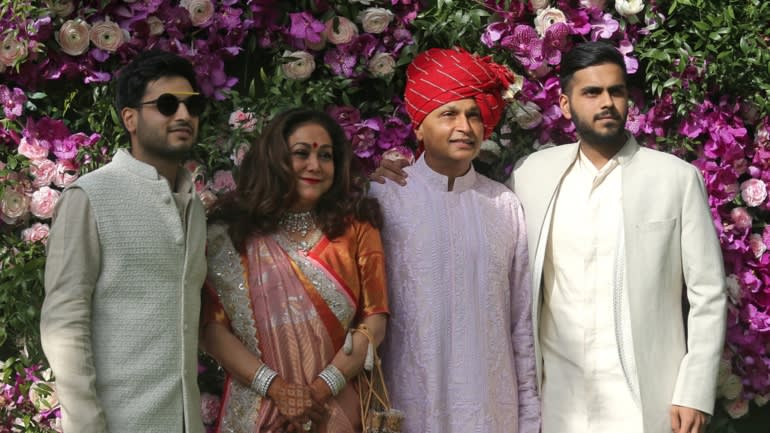 Anil Ambani, second from right, attends his nephew's wedding despite having an often fraught relationship with his elder brother Mukesh.    © Reuters

A particularly dramatic development came this year when Mukesh bailed out Anil at the last moment, just as his younger brother was facing jail time over Reliance Communications' unpaid bills. However, the two did manage to come together for the wedding of Mukesh's son in March -- a lavish spectacle that reportedly cost upwards of $100 million.

SoftBank founder and Chairman Masayoshi Son launched the $100 billion Vision Fund in 2017 to invest in disruptive technology including AI and autonomous driving. Its notable investments include WeWork, Uber and Oyo, a coworking space provider, a ride hailer and a budget hotel venture, respectively. The fund's portfolio also (briefly) included an "Uber for dog-walking."

Perhaps more important than Son's choice of investment targets is the size of those bets. His winner-take-all strategy of aggressively funding startups to corner markets has pushed up tech valuations as a whole. And as the WeWork IPO debacle showed, the problem with sky-high valuations is how far they have to fall.

With 2019 ending on a rough note for SoftBank -- the company logged its first quarterly loss in 14 years -- investors will be keen to see what next year holds for Son and Vision Fund 2.

Even Superman needs a break. In 2018, Hong Kong's Li Kashing announced he was stepping down as chairman of CK Hutchison, the company he founded as Cheung Kong Holdings in 1950. Nicknamed Superman for his business prowess, Li is one of the four Hong Kong tycoons whose sprawling business empires have shaped the city over the past seven decades. 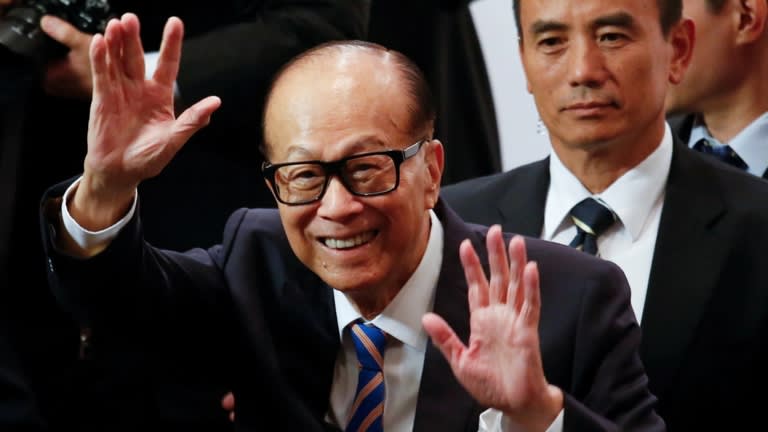 Lee Shau-kee, another of the four, retired from his own business empire, Henderson Land Development, this year at the age of 91.

The U.S. president took his trade war with China to a new level when his administration added Huawei Technologies to an export blacklist in May. The move followed months of pressure on U.S. allies to keep the telecom giant out of 5G infrastructure projects, as well as the arrest of Huawei's chief financial officer on fraud charges.

Huawei has not taken the blows lying down. Founder Ren Zhengfei has come out swinging against Washington in a series of interviews, and in November the company awarded staff "dedication" bonuses for resisting Trump's pressure.

The battle between president and company has impacted the global tech industry. It spurred Huawei and China to become self-sufficient in technology as soon as possible, particularly in semiconductors. While some companies have benefited from Huawei's travails in the short term, the long term picture could be one of a more technologically advanced and competitive Chinese industry.