The secret to G-Shock's renaissance -- being the toughest in luxury 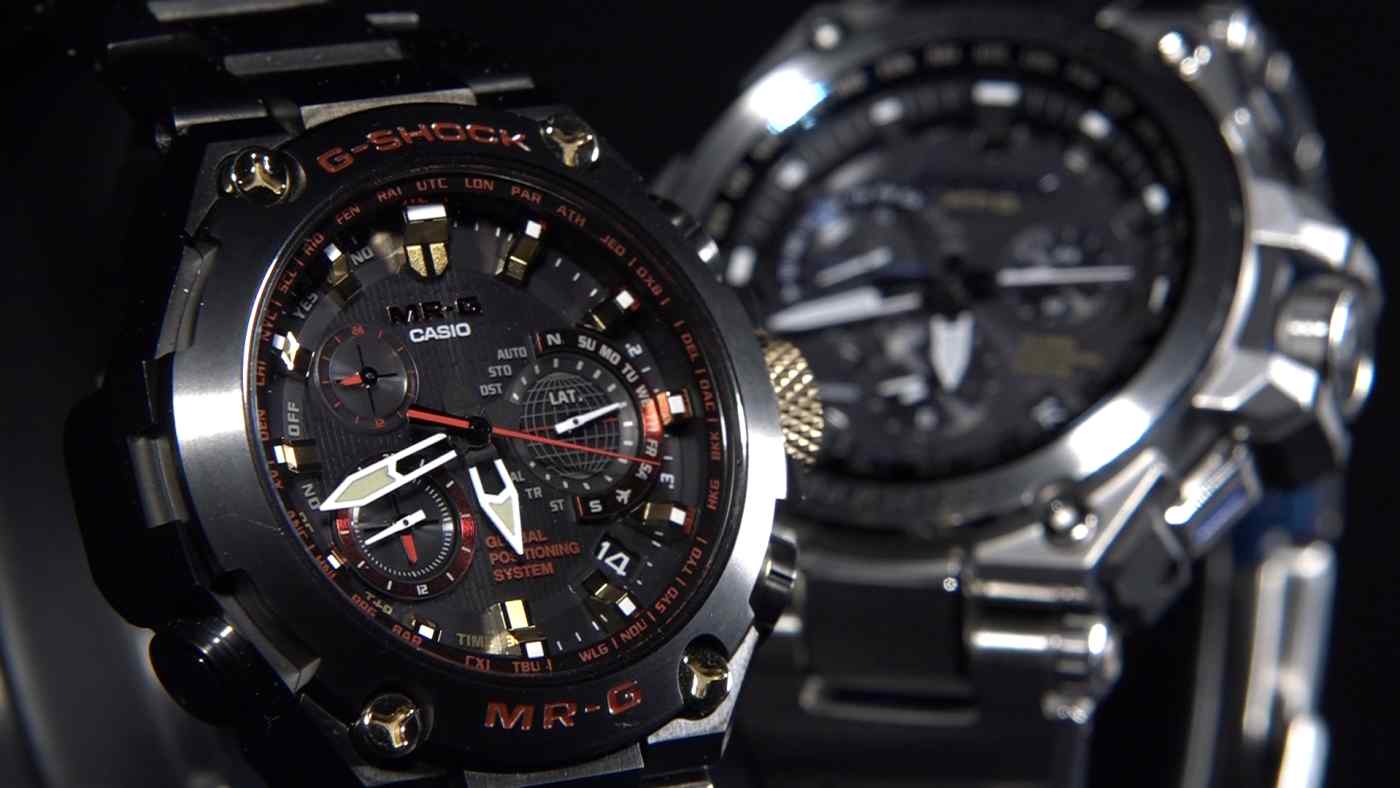 TOKYO -- When Casio Computer's G-Shock line of wristwatches first came out about three decades ago, it was a huge hit. Then its own shock came, as the boom times of the 1990s led to a major slump in the early 2000s. Casio found itself in need of a new strategy to keep the G-Shock alive, and it found it by going high-end.

This shift has been so successful that global shipping volume reached 8.5 million units in fiscal 2016, surpassing even the best years of the 1990s. The "wristwatch that doesn't break when dropped" had become a worldwide symbol of luxury while holding onto its reputation for toughness. The secret to this success has been in the craftsmanship that goes into making the watches. To learn more, we went to where G-Shocks are made.

The G-Shock lineup's current best seller is the top-of-the-line MR-G. With a suggested retail price of 300,000 yen ($2,800), the model is most popular with men in their 30s and 40s. All of these watches are made at Casio's sole production site in Japan -- Yamagata Casio in Higashine, Yamagata Prefecture.

The factory is about three hours by bullet train from Tokyo. At the plant, we were met by Tadayoshi Yuki, Yamagata Casio's watch production manager. He had us put on cleanroom outfits, take an air shower to blow off any dust, and only then we were finally allowed on the production floor.

The luxury watches are made on the so-called PPLs, the premium production lines, which is in a clean room of the same class used for making semiconductors. In the middle is the G-Shock line, which is shaped like the letter G.

Beginning at the center of this G, parts including solar cells, the face and the hands are attached to the movement. This is then sealed up in the casing. Only 14 people are allowed to work this line. These are the official "meisters" -- with the earned ranks of meister, gold meister, and platinum meister. Just being designated a meister takes seven years of training. Here on the central line they assemble the smallest of parts with sub-millimeter precision.

These are the same skilled professionals who put together Casio's other high-end timepieces, items that sell for a minimum of 100,000 yen, including the Oceanus line of business watches and the Pro Trek outdoor watches.

The first G-Shocks were released in 1983. They became hits in the U.S. in the 1990s, which corresponded with a G-Shock boom in Japan. Casual, plastic digital-readout wristwatches like those G-Shocks were all the rage at the time, and were particularly popular with younger buyers. In 1997 alone, 6 million G-Shocks were sold. But then they lost their popularity.

Casio saw the writing on the wall, and began a mission to overhaul the G-Shock. The solution came in making high-end analog timepieces. In 2011, the company fully committed to making these luxury models, and sales have been steadily growing ever since. The G-Shock is assembled by "meisters" who have at least seven years of training.

"The MR-G is purchased by men in their 30s and 40s who understand the quality of the G-Shock and aren't concerned about price," said Yuko Kato, manager of the BEST Shinjuku luxury watch store in Tokyo. "There are a lot of people who are drawn to made-in-Japan items."

A major selling point for the MR-G is its versatility in design that is also not out of place in an office. The dial evokes the style of Japanese armor; the titanium construction makes it feel lighter than expected.

But at its core is the original G-Shock toughness. Despite its air of luxury, it is sill, fundamentally, the watch that won't break when dropped.

The Hamura Technical Center in Hamura, Tokyo, is home to Casio's product design and research and development divisions. More than 100 different types of tests are conducted on G-Shocks and other watch models here, including drops, impacts, the effects of perspiration, skin friction and even the strain of being spun in a centrifuge.

The marquee test for the G-Shock is the impact resistance test. But it is also the exact same test done on all models, including delicate analog watches and digital models. Only timepieces that pass all these tests will make it to the sales floor. The buttons and crowns for the MR-G have shock-resistant structures, and the titanium surface of the body undergoes a special hardening process, all in the service to survive the impact of being dropped.

"We sought functions that could be consistently tough yet still beautiful as a timepiece," said Tatsuya Izaki, who has overseen G-Shock design development since 1992.

G-Shock sales have been very strong in Asia in the past few years. General-purpose watches in the 10,000 yen to 20,000 yen range are particularly popular, and in China sales are growing at a double-digit pace.

"Domestically, we have been able to lift the brand in conjunction with the growth in fans thanks to our name recognition, but that has yet to happen overseas," Izaki said.

The company is also working to make sure the latest G-Shock boom is not just a fad. This means adapting to the tastes of different regions around the world.

The G-Shock brand has seen great success by creating a reputation for being tough, accurate and fashionable. But the smartwatch is quickly becoming a major competitor. How Casio will handle this next challenge will be worth following.