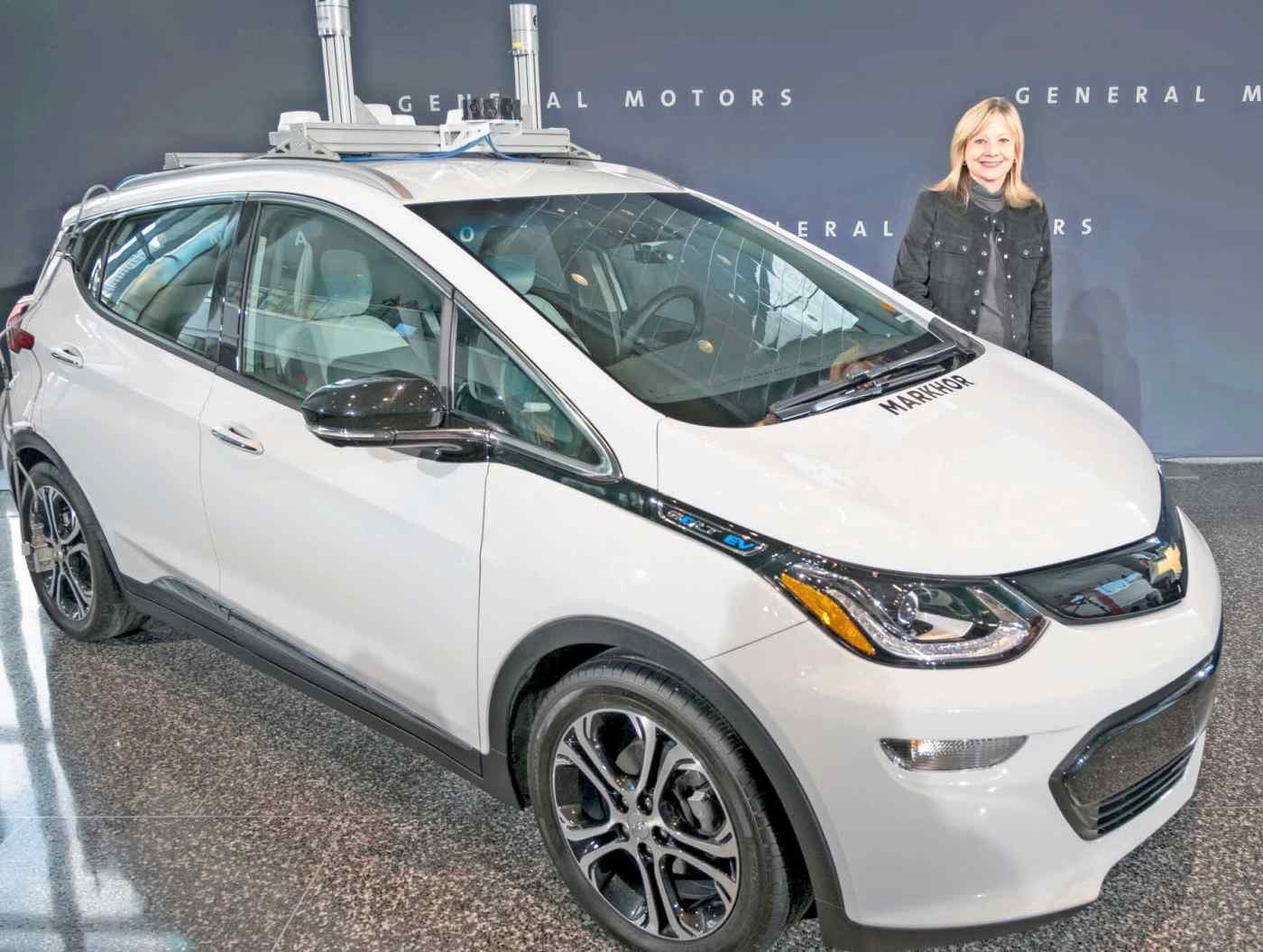 PALO ALTO, U.S./TOKYO -- The question for self-driving cars is no longer if but when and how they will be available, as automakers team with technology companies to accelerate commercialization of the vehicles with an eye on such businesses as ride-hailing.

SoftBank Group's $100 billion Vision Fund revealed plans on Thursday to invest $2.25 billion for a 19.6% stake in General Motors' autonomous vehicle unit. GM Cruise Holdings intends to use the money to launch an automated ride-hailing service in multiple U.S. cities as soon as 2019.

"Obviously, having the perspective of the world's largest technology investor and having SoftBank on our team is a tremendous advantage for us," Dan Ammann, president of GM, said on a conference call.

Under the agreement, SoftBank will hold the shares for seven years after which they can be converted into GM common stock. GM's share price closed 13% higher on Thursday as investors anticipate demand for self-driving cars from ride-hailing companies such as U.S.-based Uber Technologies and China's Didi Chuxing, which are both backed by the SoftBank fund as well.

GM began serious development of self-driving technology two years ago when it acquired self-driving startup Cruise Automation, the predecessor to GM Cruise, for $1 billion. The U.S. automaker has actively invested in making the unit a top player in autonomous driving by expanding its staff to over 800 from 40. A Waymo self-driving vehicle is parked outside Alphabet's offices where it has been testing autonomous vehicles in Chandler, Arizona, on March 21.   © Reuters

While Waymo, the self-driving unit of Google parent Alphabet, tests autonomous vehicles on suburban roads outside cities like Phoenix, in the U.S. state of Arizona, GM has decided to gather data in crowded places like San Francisco that require more complex operation. It is likely that SoftBank chose GM because its development strategy targets solutions to urban problems like traffic congestion.

Fiat Chrysler Automobiles also said Thursday that it will expand its partnership with Waymo as it aims to commercialize autonomous driving technology. The automaker has already supplied Waymo with about 600 test cars and will provide 62,000 more for a driverless ride-hailing service set to launch in the second half of 2018 in Arizona.

Both GM and Waymo have unveiled plans to commercialize self-driving technology by a specific date and are pressing authorities for deregulation. Robo-taxi services could be rolled out in major U.S. cities in as little as a year or two.

Japan's Toyota Motor hopes to perfect autonomous driving on highways in 2020 with plans to expand to regular roads early in the decade. The automaker's U.S. artificial intelligence unit, the Toyota Research Institute, is developing the basic technology for self-driving cars.

Toyota also said in March that it would jointly invest in a new Japanese joint venture with major autoparts suppliers Denso and Aisin Seiki to strengthen development of self-driving technologies. The automaker also said in January that it will work with five partners including Amazon.com and Didi Chuxing to create new self-driving services.

Honda Motor said in 2016 that it will begin exploring joint research opportunities with Waymo but the talks have produced no concrete results yet.

Nissan Motor and partners Renault and Mitsubishi Motors aim for full automation with no input from drivers by 2022. In March, Nissan tested driverless taxis that it jointly developed with Japanese internet company DeNA.

Japanese automakers have tended to carve their own path compared with companies like GM and Fiat Chrysler, but this model will be tested as deep-pocketed players like Alphabet and SoftBank enter the ride-hailing and self-driving fray.