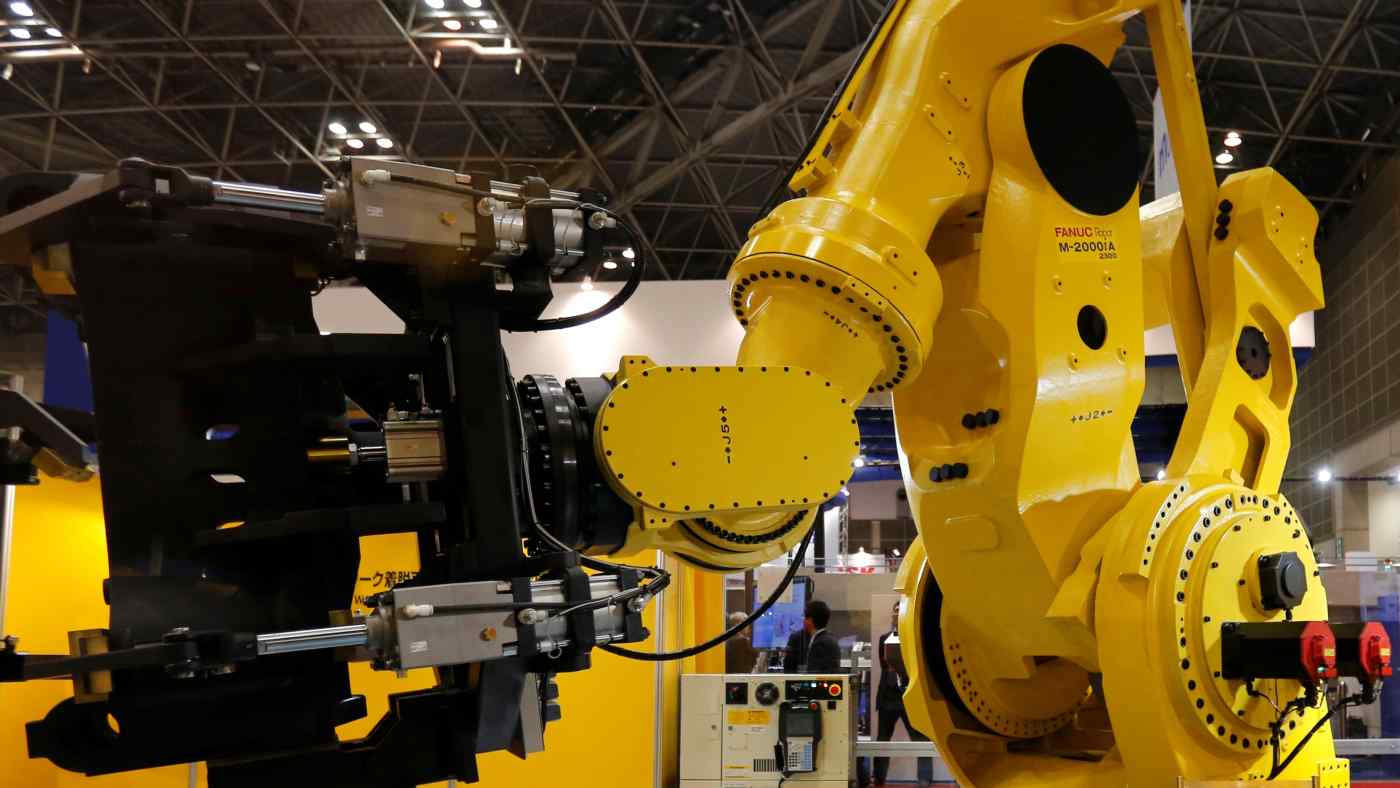 TOKYO -- Despite orders for machine tools in Japan hitting a 10-year high in 2017, machine tool makers are far from sanguine as the effects of a linear guide shortage begin to be felt.

The guides allow machine tools to perform precise positioning operations, and are found in medical equipment, industrial robots, and manufacturing systems for semiconductors and liquid crystal displays, among other devices.

Machine tools themselves -- often dubbed the "mothers of machines" -- are used to produce manufacturing equipment for a broad range of industries. "A shortage of parts and materials [for machine tools] could negatively impact the global economy," says Yukio Iimura, chairman of Toshiba Machine and head of an industry body.

Citizen Machinery, based in Japan's Nagano Prefecture, is a machine tool maker that produces lathes for manufacturers of auto components. The company has a large backlog of orders due to a shortage of linear guides. "If we don't receive the [guides] as scheduled, it will affect the planned man hours for production," said company president Keiichi Nakajima. "We already had a nightmare in April."

Supplies of linear guides began to tighten toward the end of 2017. Now, rising demand far exceeds the capacity to produce them, and stocks are running out. "At present, the procurement lead time is about one year," said an executive at another machine tool maker. The association's forecast of 1.7 trillion yen for 2018 will also likely be eclipsed, as orders for the first five months of the year have already risen 30% year-on-year.

Reasons for the guide shortage are unclear. Some say that Chinese companies have ramped up capital spending thereby increasing demand, while others point to large investments in automobile transmission systems, or to Japanese companies that are retooling aging facilities.

The robust demand for machine tools is benefiting makers of linear guides, most of which are Japanese. THK, which first commercialized the technology in 1972, is the world's No. 1 maker with more than half of global market share, followed by Nippon Thompson and NSK.

Outstanding orders at THK hovered at around 10 billion yen for years, but suddenly climbed to over 70 billion yen during the first three months this year. Production is unable to catch up with the surge in demand, resulting in increased competition between machine tool makers to obtain the guides.

Furthermore, because there are no substitutes for linear guides, makers are raising prices, with some rumored to be charging 50% over normal prices to "shorten delivery times."

Still, guide makers are trying to boost production. Nippon Thompson plans to increase output at two of its three Vietnamese factories, while NSK is investing about 5 billion yen to upgrade facilities at factories in Japan and China to raise output. THK plans to construct new buildings at existing factories in Japan and Vietnam, and build a new guide production factory in India.

But these efforts will have no immediate impact on the shortage. THK's production lines will not start operating until this autumn at the earliest, with its India plant not going online until 2020. Nippon Thompson's efforts in Vietnam will not bear fruit until next year, while NSK will have to wait until the latter half of the fiscal year ending March 2019 to see production increase.

Meanwhile, companies continue to feel the heat from the shortage. Toshiba Machine's machine tool business posted an operating loss of 1.1 billion yen for the year through March. In the latest financial report, management repeatedly referred to extended lead times in procurement of guides and other key components, delaying production and causing missed sales targets.

Japanese guide makers have a solid reputation for reliability, but the shortage appears to be shaking this trust, sending established machine tool makers in search of foreign suppliers, like Hiwin Technologies. The Taiwan-based company is constructing a guide manufacturing factory in the Japanese city of Kobe, with operations expected to kick off in 2020.

Hiwin provides a wide range of products, from guides and ball-screws to servo and linear motors. "It is our strength that there is literally nothing we cannot produce," said the Taiwanese maker, as it attempts to carve out a niche in the lucrative linear guide sector.

Whether the linear guide shortage ends soon is unknown. An employee at a major machinery maker says the worst is over. But an executive from Citizen Machinery sees the shortage continuing as long as demand for semiconductor manufacturing systems remains robust, a sentiment that also applies to industrial robots, another sector experiencing explosive growth.