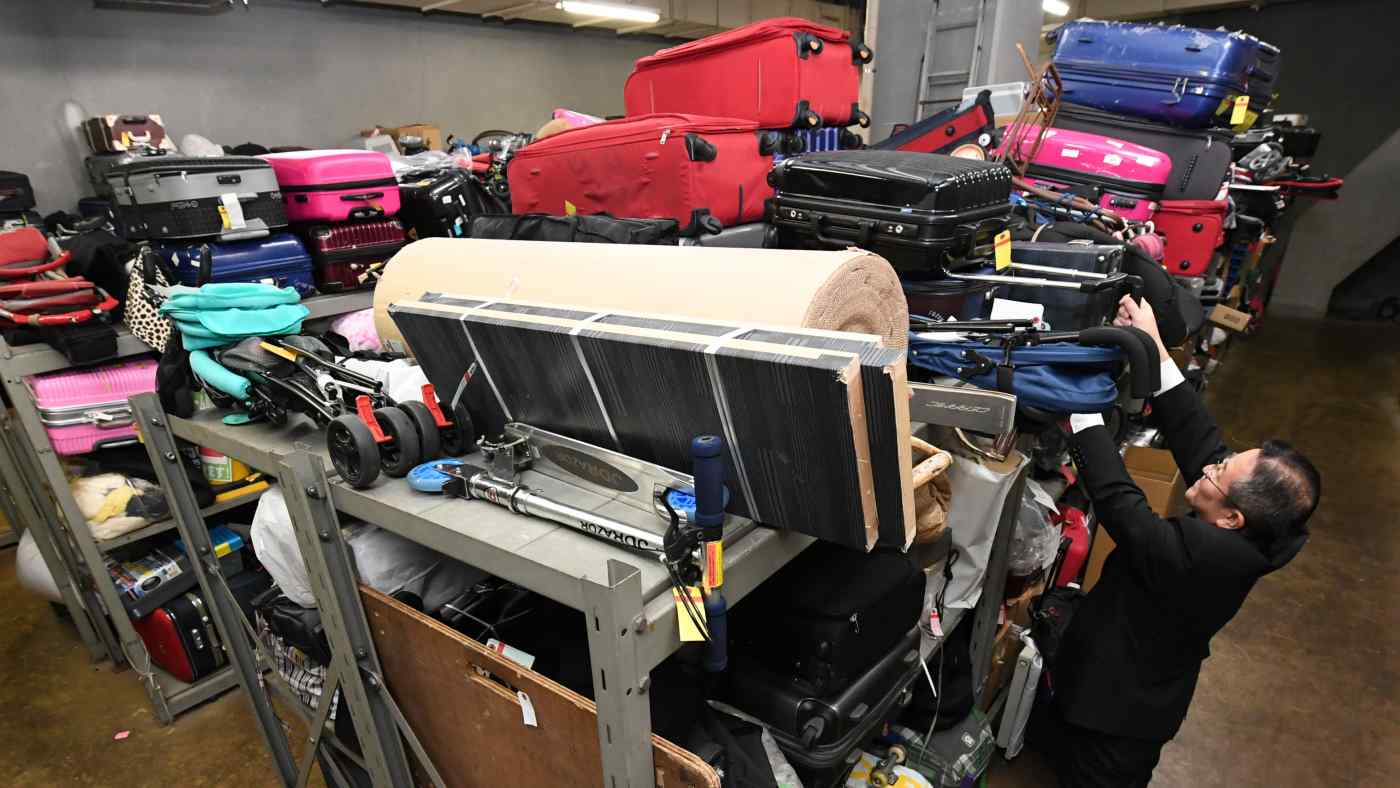 TOKYO -- The number of tourists coming to Japan is still increasing, and that means more people losing items during their travel. From purses and wallets filled with foreign cash to smartphones, food and souvenirs, lost and forgotten items are creating headaches for hotels and police who are tasked with tracking down their owners.

More than 10 million items are left behind at hotels and other hospitality facilities every year, according to an estimate by one logistics company. Returning these items to their owners is a time-consuming and expensive process, so hotels are trying to figure out how to address the problem.

Sakura Hotel Ikebukuro in Tokyo's Toshima Ward, popular with foreign tourists, has a small room on the ninth floor of its annex where plastic cases containing watches, purses, clothes and other things are piled up. "More than 80% of them were left behind by foreign guests," said Maiko Sato, assistant manager of the hotel.

Some 80 items are left behind per month, and Sakura sends them to owners after it receives inquiries about them.

But few shipping companies send goods abroad on a cash-on-delivery basis. Even if receivers agree to pay for shipment, senders need to check to make sure they are not sending dangerous or prohibited items.

"For something like a makeup pouch, you have to resubmit a report if you forgot to declare even one item," said the employee in charge of lost items at a hotel. Compared with things left behind by Japanese guests, those left by foreign tourists entail "more hurdles and they cause a heavier burden," he said. 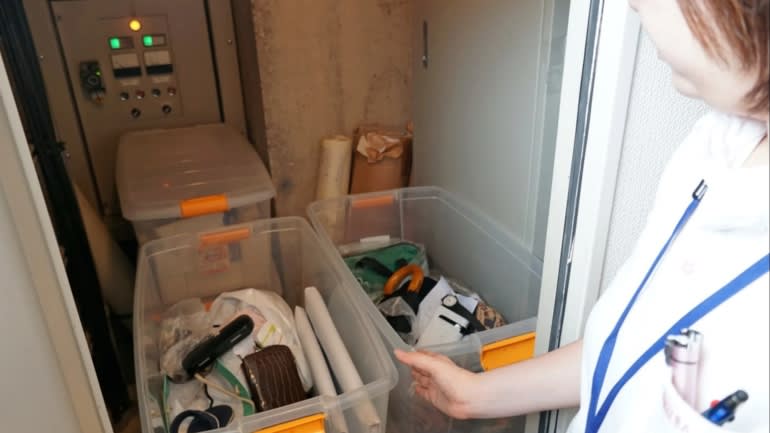 Items left behind by foreign tourists at Sakura Hotel Ikebukuro in Tokyo.

Operation System Service, a logistics management company in Osaka, began a service for sending lost items to owners in 2017. The company estimates that more than 10 million items are left behind at hospitality facilities across Japan every year. OSS has contracts with more than 1,000 of them, and receives dozens of items for forwarding every day.

Last year OSS was handling hundreds of items each month, but that has increased sharply since the start of this year, a company official said. "We sent about 1,000 a month this spring."

The number of items left behind in rental cars and on trains is also increasing. According to Times Car Rental Haneda near Tokyo's Haneda Airport, forgotten items by foreign tourists account for about half of all those found in its cars. When owners contact them, staff members reply by email.

Most troublesome are Wi-Fi devices rented in Japan, because staff members have to return them once users have left, Times said.

Passports and envelopes containing Japanese yen are often brought to the Keikyu Lost and Found Center opened by railway operator Keikyu in Yokohama, Kanagawa Prefecture, in 2016.

Although the center has received no requests yet from abroad for returning lost items, "things left behind by foreign tourists have been increasing in recent years," an official said. "We are studying how to pay mailing bills, confirm identities, and so on" to prepare for an increase in requests for items to be sent abroad. 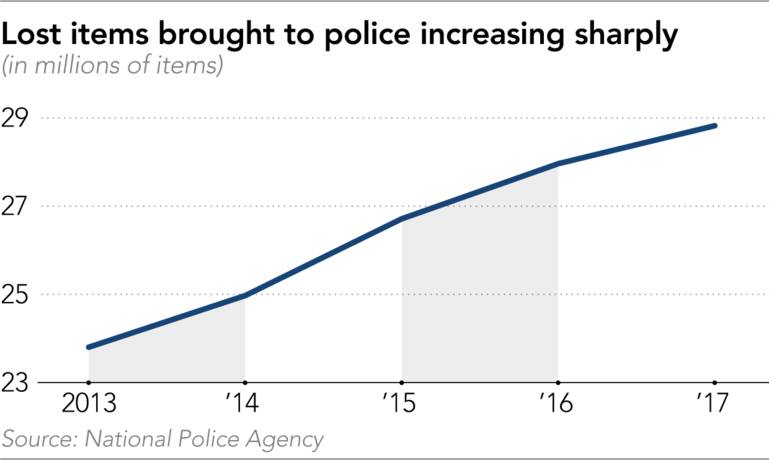 Roughly 28.82 million lost items were brought to the police in 2017, more than double from a decade earlier. That is due mainly to a steep increase in the number of inbound tourists, according to the National Policy Agency.

At the Lost and Found Center of the Tokyo Metropolitan Police Department, which receives goods brought to about 900,000 local police boxes and other TMPD locations, suitcases and other things carried by tourists are on the rise. "We don't keep statistics, but we have the impression that the amount of foreigners coming here to find belongings is increasing," an officer at the center said.

To secure storage space for lost goods, police are promoting a system that allows train stations, department stores and other places to take custody of them. Within the TMPD jurisdiction, 20 facilities like department stores and railway operators are currently designated as storage places. "We want to call on all types of businesses to cooperate to increase the number of storage spaces," a TMPD official said.