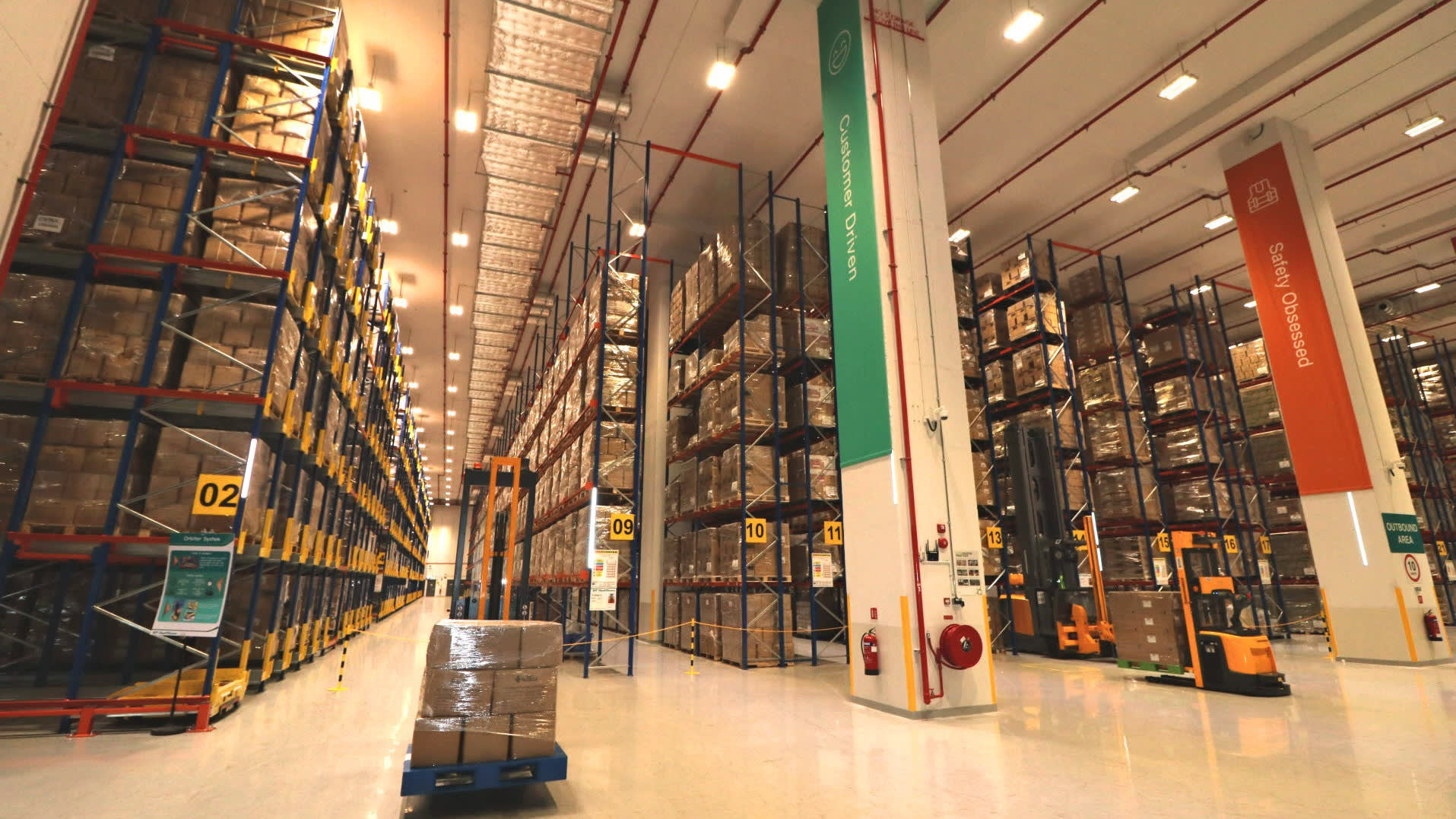 Nippon Express is building major warehouse facilities in Malaysia and elsewhere and bolstering shipping services across the region with the aim of boosting sales there by 50% over five years.

A large warehouse under construction by Nippon Express on the outskirts of Kuala Lumpur will be completed as early as January. The facility, with nearly 50,000 sq. meters of floor space, will handle auto- and electronics-related international freight as well as shipments of food and daily goods within the region.

The company will also finish building a warehouse in Cambodia in December and is considering similar facilities in such countries as the Philippines and Vietnam.

Thailand, Vietnam and Malaysia already have established supply chains, making it easier for the region to take on additional production from China. Nippon Express will ramp up trucking services between these countries, aiming to boost sales in the region, including India, by about 50% from the fiscal 2018 level to 135 billion yen ($1.25 billion) in fiscal 2023.

Deutsche Post DHL Group is expanding its land transport network there, with Thailand as the hub. In 2018, it had a capacity to operate 3,000 trucks a day, including its own fleet of 1,200 vehicles. The figure, which includes large semitrailers, is roughly quadruple that of seven years ago. The German company mainly provides shipments to supermarkets and convenience stores operated by conglomerates and foreign players, a segment that has been growing in Thailand.

Thomas Tieber, head of DHL's international freight business in Southeast and South Asia, said the company will work with multinationals seeking to shift production out of China. DHL will propose shipments to neighboring countries to manufacturers in the Indochina area.

Australia's Toll Group, under Japan Post Holdings, operates a roughly 100,000-sq.-meter facility in the regional logistics hub of Singapore. The 228 million Singapore dollar ($168 million) site handles freight from more than 150 companies, including major manufacturers of daily goods. Plans call for boosting the utilization rate to 100% by year-end from the current 90% or so by automating all transport equipment in the facility.