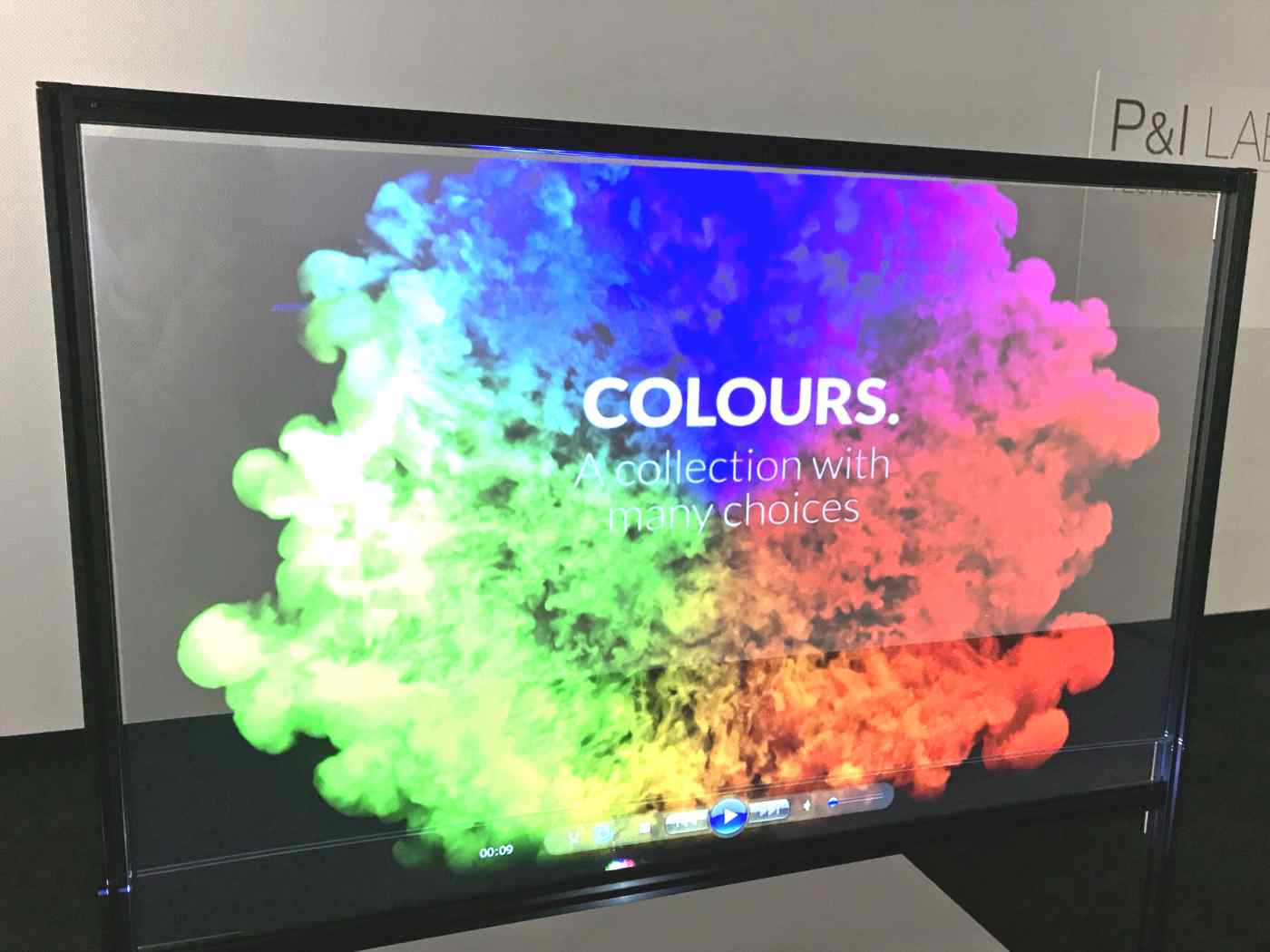 TOKYO -- Japan's Dai Nippon Printing has developed a projection screen that is nearly as transparent as glass, presenting retailers and advertisers with a potentially powerful new marketing tool.

The screen resembles a film and can be affixed to surfaces -- say, the windows of a store or a railway station. It is significantly clearer than older, similar products. The printing company anticipates growing demand for digital signage, and it expects the new screen's versatility will make it an appealing choice.

Just how transparent is it?

This is measured by beaming a ray of light from a perpendicular angle onto the screen, and calculating the percentage of light that refracts when the beam passes through. The closer the "refractive index" is to 0%, the higher the degree of transparency. Dai Nippon's new screen registers 0.9% on the index, an improvement of about 15 percentage points from previous results.

For comparison, the clear protective films made for smartphone screens have readings of around 0.5%.

Until now, translucent screens have been made with resin that contains fine particles. These particles reflect light, making it possible to display projected images. The problem is that, while increasing the number of particles creates a sharper image, the material itself loses transparency.

Dai Nippon's new screen is produced by turning resin into a prism. A special, reflective layer is then placed on the surface. The beam from the projector is reflected at a constant angle, while other light passes through. And without those reflective particles, the screen looks like glass when it is not in use.

The breakthrough in transparency allows for vivid images, and unlocks new possibilities for enhancing merchandise displays with video. A clothing store, for example, could show mannequins behind a window during the day and then project video ads at night.

Dai Nippon entered the market for transparent screens in 2013. Large glass manufacturers jumped in, too, banking on high demand. Yet the Japanese market has remained static at around 1 billion yen ($9 million). Low transparency made for poor usability -- an issue Dai Nippon appears to have solved.

This may be an opportune moment: Businesses are increasingly turning to video-based marketing. One goal is to catch the attention of the growing number of international visitors to Japan, with the 2020 Tokyo Olympics creating a tail wind for tourism.

Dai Nippon currently controls several percent of the global market for transparent screens. By promoting the new product to retailers and other potential buyers, it hopes to ring up 700 million yen in sales of such screens for the fiscal year through March 2022.