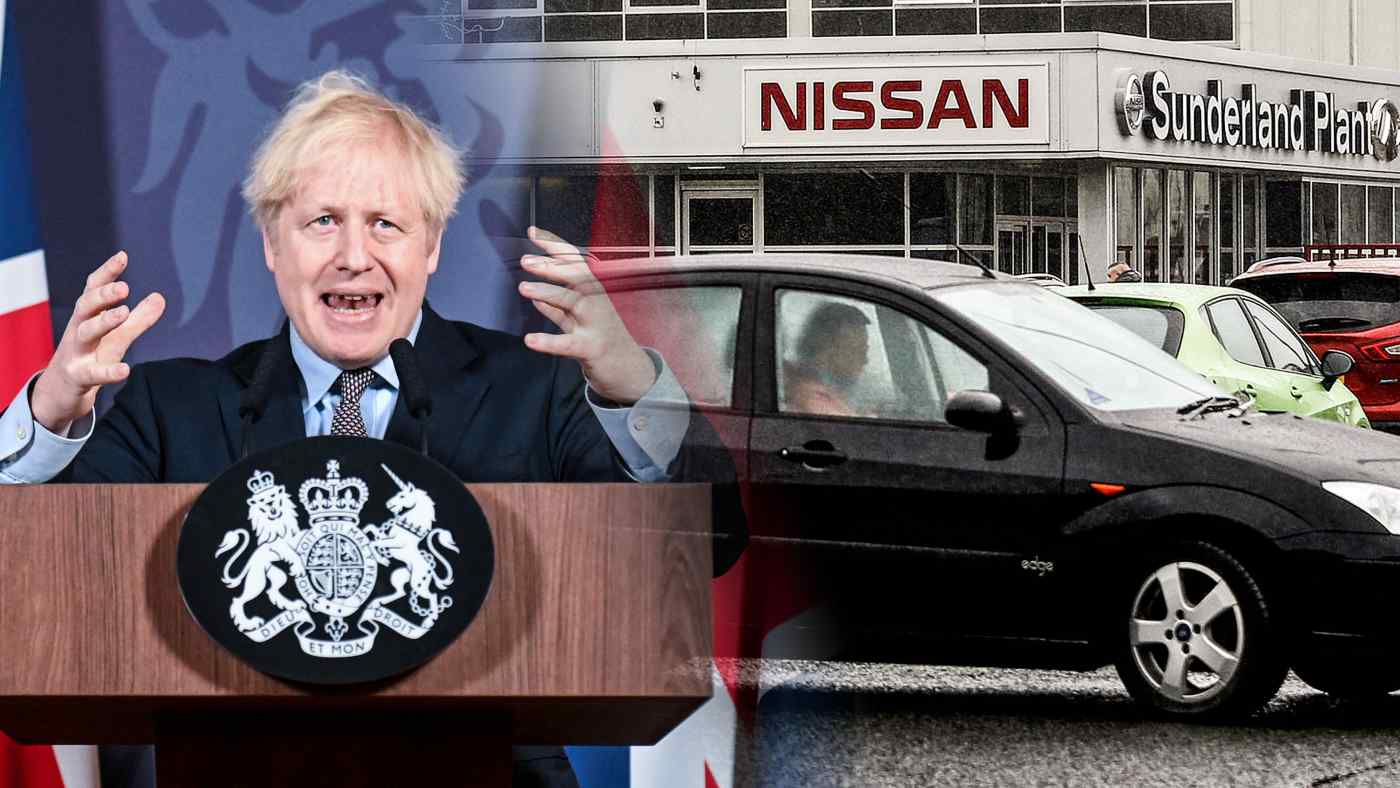 TOKYO -- Companies from Asia are relieved by the last-minute trade deal reached between the U.K. and European Union, which spares them from new tariffs and further financial turmoil as they scramble to deal with the latest crisis thrown their way by the COVID-19 pandemic.

But the trade outlook between the sides remains foggy, as companies will be required to file forms and customs declarations. Automobile companies must deal with new rules of origin, which could add to their costs.

"This is an important step in avoiding a damaging no-deal scenario," Toyota Motor said in a statement. The Japanese automotive giant has been in Britain since 1993,manufacturing the Corolla compact cars.

"If the terms of this new trade arrangement allow for tariff-free trade and provide for an adequate period of adaptation, then it will help deliver a beneficial automotive trade and investment relationship that can continue to support the competitiveness of our operations," the statement says.

Nissan Motor joined Toyota in welcoming the deal. "We have been serving the European market for over 30 years through design, development and production, and look forward to continued development," a representative said.

Nissan operates the U.K.'s largest car plant, in the port city of Sunderland, where it produces the Leaf electric vehicle as well as the Juke and Qashqai compact SUVs.

Carmakers are encouraged by the agreement. Without a deal, a 10% charge would have gone into effect on Jan. 1. The Society of Motor Manufacturers and Traders in the U.K estimates the charge would add at least 4.5 billion pounds ($5.6 billion) a year to the cost of shipping cars between Britain and the EU.

There will also be no quotas, allowing exporters to transport as many vehicles as they wish. Japanese companies account for around half of the U.K.'s auto production. Of Britain's total auto production, 40% is exported to the EU.

However, the U.K.'s exit from the single market and customs union means additional paperwork at the border, potentially delaying supplies of parts from mainland Europe.

Rules of origin will also be newly applied to prevent high-value inputs made in other parts of the world from taking advantage of tariff-free access between the U.K. and EU. Some U.K. cars with large amounts of non-U.K. components may be subject to tariffs when exported to the EU.

While many of the key components of electric vehicles built in the U.K. are sourced from outside Europe -- batteries from China and motors from Japan, for example -- the agreement ensures that British-made electric vehicles will be eligible for preferential tariff rates.

"We await the details to ensure this deal works for all automotive goods and technologies, including specifics on rules of origin and future regulatory cooperation," said Mike Hawes, chief executive of the SMMT, in a statement issued on Thursday. Toyota, Nissan, Honda Motor, South Korea's Hyundai Motor and other carmakers are members of the U.K. industry body.

Border crossings between the U.K. and Europe were closed earlier this week following the emergence of a new, more virulent strain of COVID-19 identified in Britain. France reopened its border crossings on Wednesday to travelers and truck drivers who test negative for the virus. But the sudden closure two days earlier had already severely disrupted U.K.-Europe logistics.

Asia's financial sector is also haling the deal even though it had expected little direct impact from Brexit and despite the fact that many Asian institutions had already begun to diversify operations out of London. The diversification process will continue.

"One of the challenges from the deal for Asian banks is the fact financial services companies have been left out," a Hong Kong-based analyst said. "Banks/bank subsidiaries domiciled in the U.K. can't offer their services across the euro area yet. While the EU may grant them access, there is no clarity on how long the wait can be."

The analyst also said smaller Asian lenders will feel the brunt of this. Smaller Asian lenders have typically kept their treasury and currency trading desks in London for convenience and due to long-held customs. "While the larger Asian players have followed their global peers, such as JPMorgan, in setting up alternative desks in places like Paris and Frankfurt, the smaller ones haven't," the analyst said.

Said a Japanese banker: "The agreement will make it easier for our customers to do business in Europe. That, in turn, will have a positive impact on our business."

In the past few years, Japanese banks and brokers have rushed to obtain separate banking licenses in the EU in anticipation of the U.K.'s departure from the single bloc. Sumitomo Mitsui Banking Corp., for instance, last year set up SMBC Bank EU in Frankfurt.

MUFG already had a banking unit in Amsterdam before the Brexit crisis. But the U.K.'s departure has necessitated a separate headquarters in Amsterdam for its securities operations.

London will continue to serve as MUFG's European hub, but the bank is now taking extra precautions to keep from concentrating too many of its operations in London.

Daiwa Securities will "proceed with its plan to move some of its client accounts to a new unit in Frankfurt," a representative said. These clients cannot be served out of London after the U.K.'s departure from the EU.

Still, "London will remain an important market," both in investment banking and in trading, the representative added.

Overall, the representative said, the U.K.-EU deal "won't have a major impact on our operations."