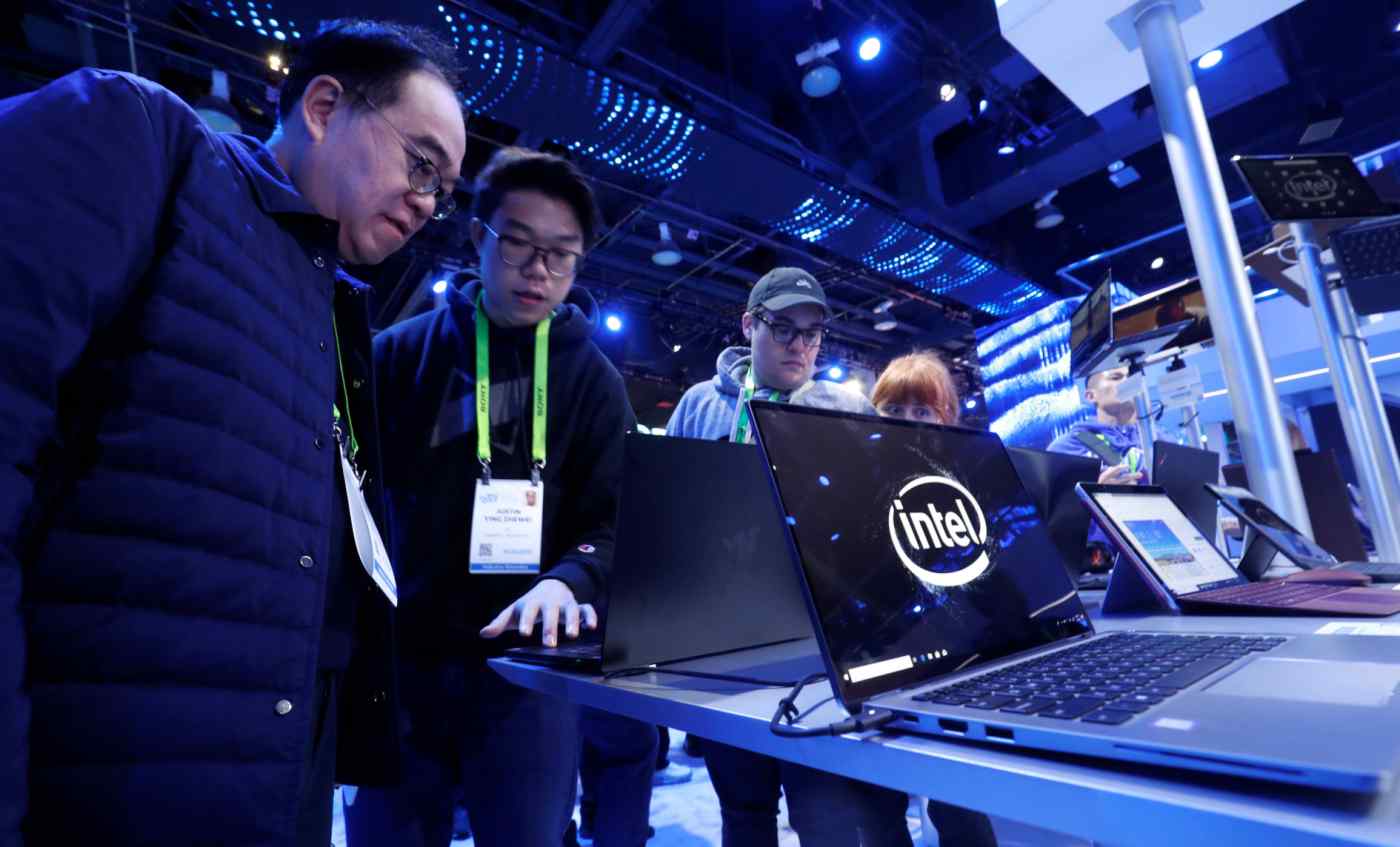 Six months since the U.S. toughened rules on foreign investment in "critical technologies," several China-linked venture capitalists operating across the country told the Nikkei Asian Review that they are being forced to halt investment plans, cancel ongoing negotiations or revise deal terms.

Alibaba, the Chinese e-commerce platform which is also one of Asia's biggest tech investors, has admitted it will have to rethink its strategy in the U.S.

The new regulations have "made it very difficult for Alibaba and other Chinese companies to make investments in the U.S.," said Joseph Tsai, co-founder and executive vice chairman of tech investor and e-commerce platform Alibaba, in Hong Kong. "For the time being, we have to look at the other parts of the world."

"There will be fewer and fewer China-backed tech investments in the U.S. in the coming years," said Zou Dexin, a senior investment manager at BAIC Capital, the investment arm of state-owned Beijing Automotive Group, which has offices in Silicon Valley.

Chinese venture funding of U.S. startups hit a record $3.1 billion last year, but the second half showed signs of a slowdown as the new rules loomed, according to independent research group Rhodium.

In August the interagency group charged with reviewing foreign acquisitions -- known as the Committee on Foreign Investment in the United States -- was given significantly enhanced powers to review investment into so-called critical industries, such as defense, electronics, nanotechnology and biotechnology. 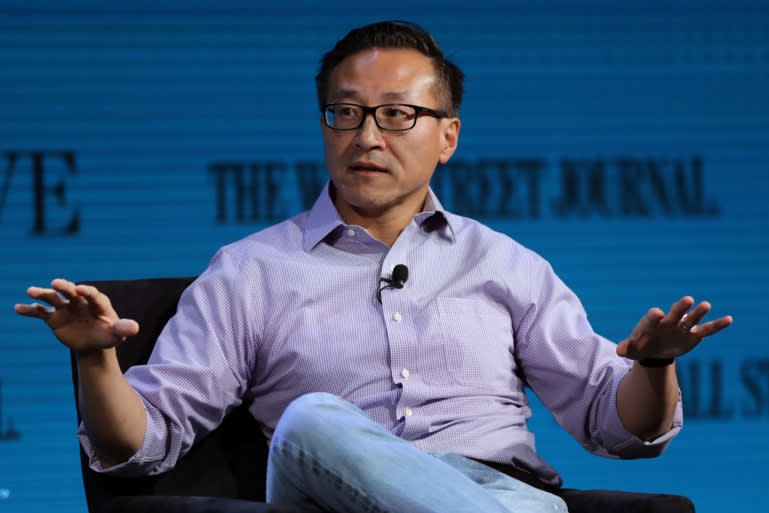 Joseph Tsai, executive vice chairman of Alibaba Group, says his company will have to look for startup investments outside the U.S.   © Reuters

The new rules have created swathes of red tape and risk that startups appear to be reluctant to take on, lawyers and investors say.

"CFIUS has hampered many deals between Chinese ventures and U.S. companies," said an executive from the Silicon Valley-based venture arm of a Chinese company. His venture firm last year lost all of its 10 investment targets, for which the executive blamed CFIUS's heightened oversight of foreign investment.

The company is now abandoning its expansion plans. "Our initial plan was to hire more people in the Bay Area this year, but that plan has long gone. Instead, we may have to scale back our operation," he said.

A Chinese venture capitalist based in Ann Arbor, Michigan, said that at least one-fifth of his potential investees walked away last year when questions of conducting CFIUS reviews popped up.

"The startups were already being discouraged by a long transaction time caused by Beijing's capital outflow controls. On top of that, you want them to deal with CFIUS? That is simply too much to ask," the investor said. He spoke on the condition of anonymity for fear of bringing a negative image to his venture company.

Lawyers advising Chinese investors echoed these remarks. "This mandatory filing program is a very significant change and it is going to throw a chilling effect on foreign interest in the U.S.," said Kerry Scarlott, who advises on CFIUS at Washington D.C.-based law company BakerHostetler.

While the new rules target all foreign investments, Scarlott said Chinese investors are among those who will suffer the most. "If it is a Chinese-backed investment, it would get more questions than we would normally [get]," Scarlott said.

In 2017, more than half of Chinese investments in the U.S. fell into industries that Beijing has targeted through its "Made in China 2025" policy, according to data from Public Citizen, a think tank in Washington D.C. The policy aims to create world-leading industries in advanced technologies such as artificial intelligence, autonomous driving and robotics by 2025. That ambition has sparked tensions between China and the U.S., which last year erupted in an all-out trade war.

U.S. tech companies are not just deterred from Chinese investors because of extra paperwork, according to Zou of BAIC Capital, but because many fear unwanted government attention.

"Some companies are concerned that if they go through a close examination, they might end up on the U.S. government's watch list, which could potentially complicate their future exports to China or other overseas markets," he said.

As a result of the increased scrutiny, Chinese investors are also withdrawing their offers. A New York-based consultant who helps facilitate cross-border transactions told the Nikkei Asian Review that his clients abandoned at least five deals worth tens of millions of dollars last year, all of which were involved with advanced technologies such as AI and autonomous driving.

"The Chinese believe that they would not pass CFIUS's review, anyway. So why bother?" the businessman said. He declined to be named due to the sensitivity of the topic.

But some investors say it is too early to know whether CFIUS's review will kill off Chinese venture funds' interest in the U.S. Raymond Chang, a China-born managing director at Boston-based NXT Ventures, said his investment in the U.S. so far had not been affected by the scrutiny, despite the fact that the fund includes "a small pool" of Chinese investors.

Across his network, Chang said he is aware of two deals involving Chinese investors that have been caught up by CFIUS's investigation. However, in another case, U.S. regulators also gave a quick go-ahead to an American robotic startup that wanted to sell shares to Chinese buyers, he said.

"Right now," he added, "it is very much up in the air, and no one knows what would happen next."

Paul Hoff, a counsel at Garvey Schubert Barer in Washington D.C., said his law firm has observed "greater caution" by Chinese investors. "There is an increased inclination to 'wait and see' how the new law is implemented by CFIUS," Hoff said.

Some Chinese venture capitalists have also revised deal terms -- seeking ownership of less than 10% and giving up board seats, for example -- in a bid to win the nod from U.S. regulators. The trade-off, however, is weaker control over the startup they intend to invest in, making it difficult to bring technologies back to China if there is board reluctance to do so, the investors said.

Others are shifting their gaze elsewhere. The Michigan-based Chinese investor said his fund has accelerated expansion in Europe, opening three incubators in 2018 and planning to add two more this year. As for their investment in the U.S., "many projects have been put on hold," he said.