US tech companies return to Taiwan as China ties sour TAIPEI -- With trade tensions between Washington and Beijing running high, U.S. technology companies are eyeing Taiwan as an alternative hub for production and research, reinventing the two economies' former PC partnership for the big-data age.

For this reason, the audience was eager to hear plans by Amazon.com and Microsoft last week at Computex Taipei, Asia's largest technology expo. In a keynote address, Satyen Yadav, general manager for "internet of things" technology at Amazon Web Services, stressed the impact that the field will have on Taiwanese industry.

The Amazon.com unit opened a joint innovation center in New Taipei City this spring, looking to team up with local businesses to develop smart appliances and wearable devices. It plans to have manufacturing specialists handle production in order to make the best use of a supply chain where assembly has largely been split off from design.

By bringing more devices onto the internet of things, Amazon Web Services hopes to expand the customer base for its bread-and-butter cloud business. Its first-ever Computex exhibition highlighted 10 companies that use its services. 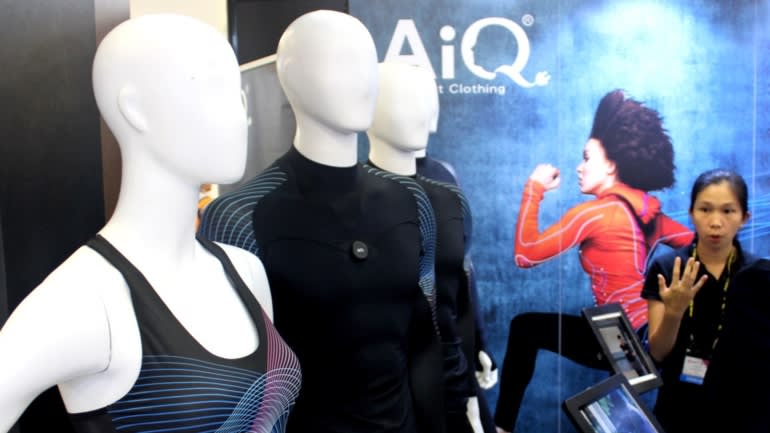 The interest in Taiwan owes partly to a cheaper pool of talent than in China, where labor costs are climbing steadily. In Taiwan, entry-level engineers with master's degrees employed in electronics or telecommunications earn an average of about 45,000 New Taiwan dollars ($1,509) a month, according to a local staffing agency.

American and Taiwanese businesses built a complementary relationship during the heyday of personal computers back in the 1990s. The U.S. side designed devices for Taiwanese partners to assemble, an arrangement that led to the creation of the contract manufacturing model. The semiconductor industry went down a similar path with the establishment of dedicated chip foundries.

This division of labor proved far cheaper than handling development and production under one roof. But the U.S.-Taiwan partnership has faded from the forefront in recent years as European and Japanese companies also adopt a design-focused business model.

The internet of things has breathed new life into the old alliance. Microsoft's exhibition at Computex featured light fixtures, washing machines and coffee makers whose chips collect information on how they are used. The American computing giant envisions the data being used to develop new services in areas such as eldercare and marketing. 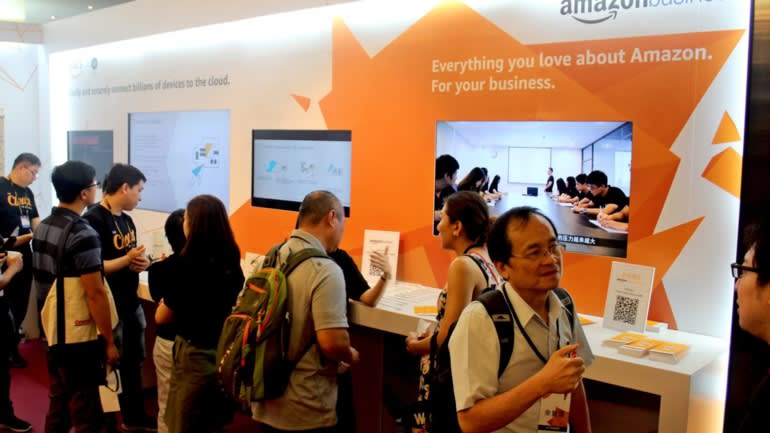 Amazon Web Services highlighted examples of its cloud services at work in its debut at Computex Taipei. (Photo by Kotaro Hosokawa)

Microsoft established an artificial intelligence research and development center in Taipei this spring, with plans to employ at least 200 engineers in five years. The company says it will work on using AI to sift through the vast amounts of information produced by internet-connected devices in households, offices and infrastructure to lighten the load on the data centers tasked with analyzing it.

Google and IBM have also set up Taiwanese bases for AI-related R&D. Google has announced an initiative bringing together the public and private sectors and academia, including the prestigious National Taiwan University and National Chiao Tung University, to train 5,000 AI professionals. It intends to hire the cream of the crop.

Taiwanese tech companies' skill at churning out large volumes of relatively high-performance devices quickly and cheaply makes them well-suited to the internet-of-things era, with data-collecting smart devices expected to be nearly omnipresent.

But this business model, exemplified by Taiwan Semiconductor Manufacturing Co. and Hon Hai Precision Industry, or Foxconn, can go only so far, especially with mainland Chinese rivals catching up fast in smartphone production. The industry will need to leverage Taiwan's high concentration of tech to develop in new directions.

The 1,600-plus companies at this year's Computex showed signs that it is doing just that. The island has proved fertile ground for not only such big names as Asustek Computer, but also the smaller, lesser-known businesses that constituted the majority of the exhibitors.