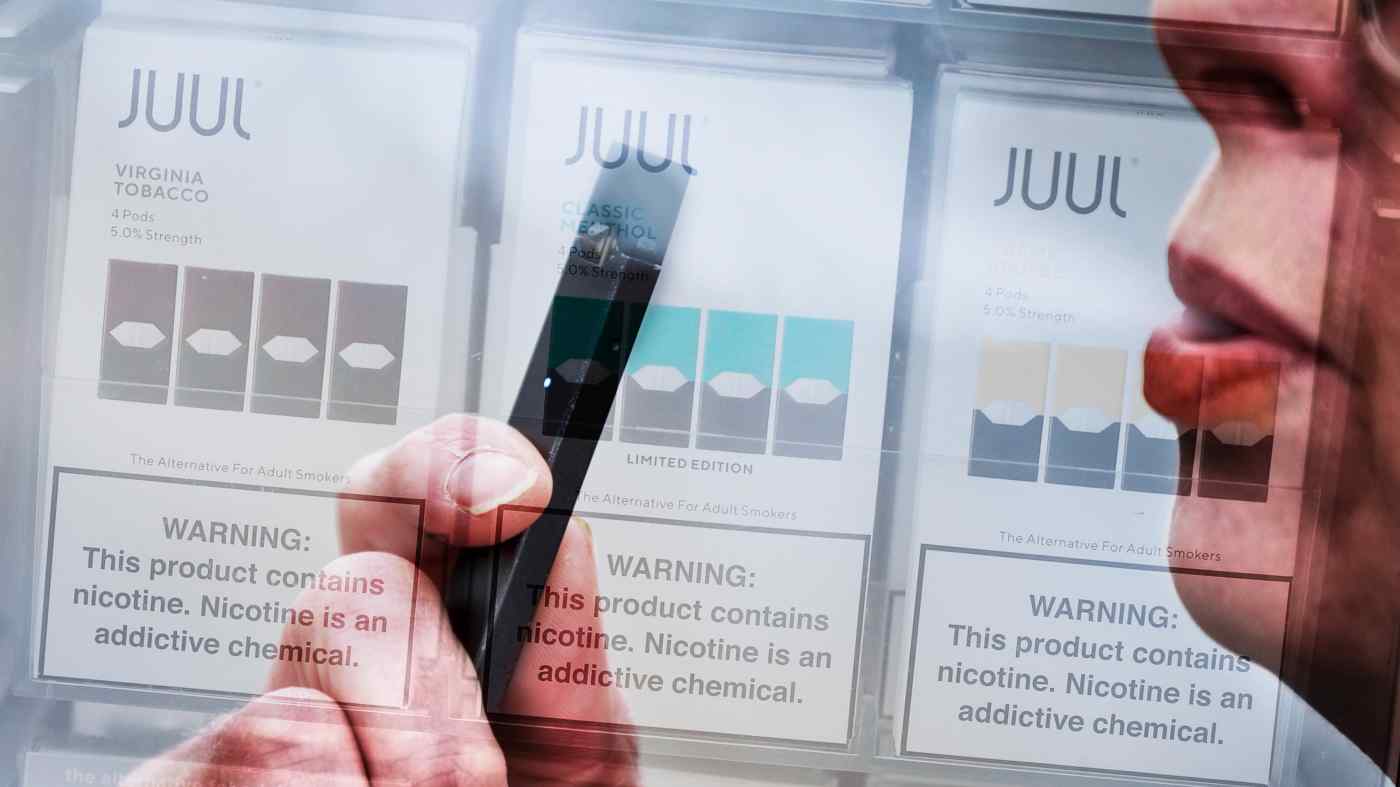 SEOUL -- Electronic cigarette maker Juul Labs has begun an aggressive bid to draw Asian smokers away from combustible cigarettes with the launch of its signature nicotine vaping device in South Korea.

Juul has so far proved a hit with South Korean consumers, with local media organisations reporting that many stores had sold out of the battery powered devices within a day of going on sale late last month.

The San Francisco-based company's first Asian foray, Juul faces significant hurdles convincing regulators across Asia that its product is safe to use, with soaring increases in teenage vaping setting off alarm bells in the U.S.

"Our goal for Asia is pretty consistent with what we talk about as a company as a whole," Ken Bishop, Juul's Asia Pacific vice president for international growth, told Nikkei Asian Review in an interview. "Our mission is to improve the lives of the world's one billion adult smokers."

Founded in 2015, Juul sales have surged in the U.S. where the company now commands more than 70% of the e-cigarette market which is expected to reach sales of more than $43 billion by 2022. The sale of electronic cigarettes remains illegal in many Asian countries including Singapore, Malaysia, Thailand, Sri Lanka, Cambodia and Australia 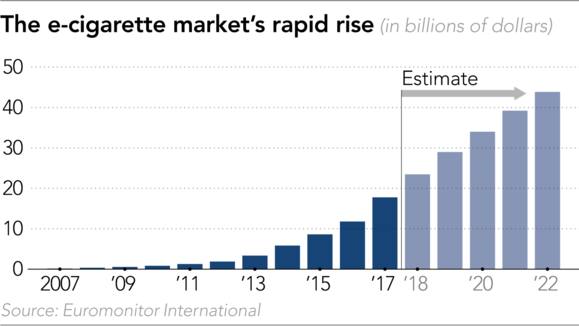 Last December, Altria, the parent for Philip Morris USA, the maker of Marlboro cigarettes, paid $12.8 billion in an all-cash deal for a 35 percent stake in Juul that valued the company at $38 billion.

Juul is now the world's fifth most valuable privately held company, with a valuation around $9 billion higher than hospitality service brokerage Airbnb, and more than twice the value of Singapore-based ride-hailer Grab.

Reportedly working toward launches in other Asian markets including Indonesia, India and the Philippines, Bishop declined to specify exactly which countries Juul was targeting next.

"We intend to be available to all smokers in Asia in some sort of mid-to-long-term time horizon," Bishop said. "The exact path that we get there is going to depend on how we execute as a company, also how regulators treat the products. For the remainder of the year, we expect to be in multiple countries by December."

Sold at GS25 and 7-Eleven convenience stores in South Korea for 39,000 won ($32), South Korea is one of Asia's most promising markets. According to South Korea's finance ministry, sales of e-cigarettes and heat-not-burn products increased 37 percent last year, accounting for nearly 11 percent of the overall tobacco market as of January.

Still, South Korean authorities have discouraged the use of such products, with the country's Ministry of Food and Drug Safety releasing a study last June arguing that "there are no grounds to conclude that e-cigarettes and heat-not-burn products are less harmful than regular cigarettes."

Local government agencies have also expressed concern that Juul, which has a sleek appearance that resembles an easily concealable USB stick, could put young people at risk of nicotine addiction.

"We will protect our youths!," South Korea's welfare ministry said in a statement responding to Juul's launch.

South Korea's health ministry also announced plans to prevent underage use of Juul's products, with the ministry saying it would release information for teachers and parents to help them identify Juul, and would crack down on any illegal online sales of the product.

With some critics arguing that authorities have failed to keep up with the new ways that people can consume nicotine, there is also a push for a revision of South Korea's Tobacco Business Act, which only requires manufacturers and importers to state the major ingredients in their products. Opposition lawmaker Kim Soon-rye issued a statement on May 29 calling for laws that would require companies to provide more detailed breakdowns of what is inside their products.

"With the emergence of new kinds of cigarettes, the government has not taken innovative measures," Lee Hun-jae, a professor at the Inha University College of Medicine, told Nikkei.

Despite these concerns, Juul's Bishop said there were no special hoops the company had to jump through to gain access to the South Korean market.

"In a market like Korea, the legal framework was clear enough and specific enough," Bishop said. "Once we felt confident we could comply with those laws, we felt confident we could launch. There wasn't any sort of, like, market access type of work, with a desire to change the law or lobby the government. It was just a matter of understanding what the laws were and following them."

Juul's own marketing approach has evolved over time after it faced strong criticism in the U.S. that it was targeting teengers, with a study released early this year by researchers at Stanford University concluding that "JUUL's advertising imagery in its first 6 months on the market was patently youth oriented."

Juul has until August 8, 2022 to satisfy the U.S. Food and Drug Administration that its products are a net public health good, and that its benefits as an alternative to cigarettes outweigh the risks associated with nicotine addiction.

"Our desire as a company is to have no underage usage whatsoever," Bishop said, strongly denying that Juul's product design was aimed at teenagers.