Vegetable factories sprout back to life in Japan 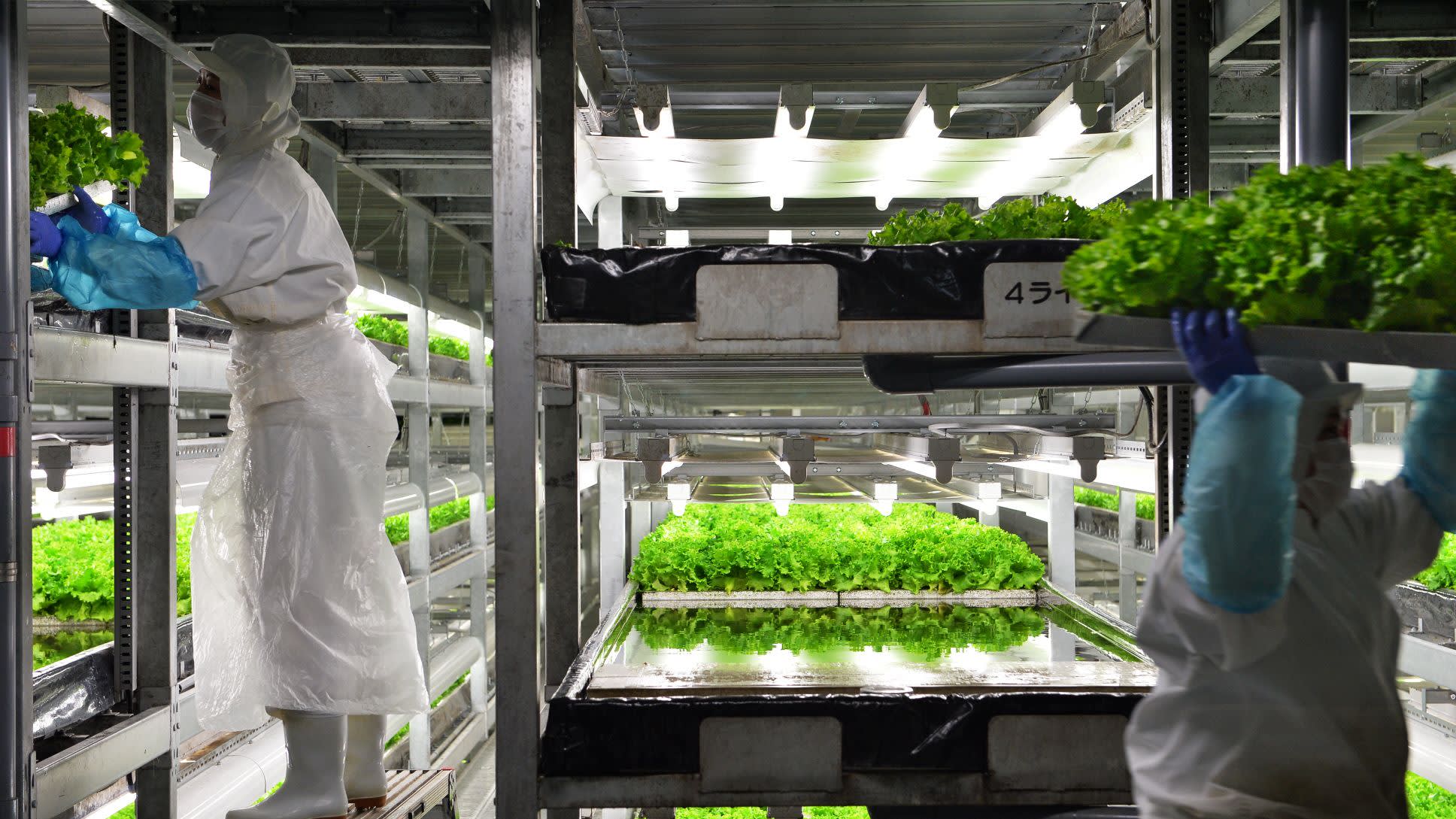 TOKYO -- Japan's vegetable factories failed to deliver on their business model the first go-around, but they are getting a second chance as convenience stores turn to them for produce.

Seven-Eleven Japan, a unit of Seven & i Holdings, will launch a dedicated plant factory in January, and rival FamilyMart, part of FamilyMart Uny Holdings, has begun stocking lettuce grown in the indoor facilities.

Shielded from the weather, vegetable factories offer the convenience stores a stable procurement source. For the companies that operate the facilities, high-volume customers provide steady income.

Seven-Eleven Japan invited the public Wednesday to a vegetable factory in Sagamihara, Kanagawa Prefecture, where it will grow lettuce to supply some 2,000 stores in Kanagawa Prefecture and Tokyo. The facility will be operated by Prima Meat Packers subsidiary Prime Delica.

The vegetable factory is connected to a food-processing plant also dedicated to supplying Seven-Eleven Japan. Therefore produce can be grown and then processed into salads and other foods without any contact with the outside air. Harvesting of vegetables at the plant will be automated during fiscal 2019, which will minimize contact with humans as well as the outside environment and extend the sell-by dates for salads by some 40% to close to 90 hours.

"Due to factors like abnormal weather, we are in an age where it is now no longer easy to always have access to quality produce," said Seven-Eleven President Kazuki Furuya.

Vegetable factories have sprouted up across Japan, fertilized by opportunities like reconstruction programs after the 2011 earthquake and tsunami. But around 60% of them have failed to make a profit, according to the Japan Greenhouse Horticulture Association.

Leading electric machinery makers like Panasonic and Fujitsu built vegetable factories where their semiconductor fabrication facilities used to stand, but expenses like electricity and labor made them poor earners.

Now the business environment has changed for the better for vegetable factories, and this can be attributed to two main factors.

The first is that natural disasters and weather irregularities continue to disrupt stable supplies of vegetables. Shortages due to typhoons, heavy rains and other adverse weather are now a yearly occurrence. To make matters worse, aging farmers are retiring in droves, weakening the foundations of production and supply chains.

When bad weather pushes up vegetable costs, convenience stores, grocers, other retailers and restaurants cannot easily pass them on by raising their prices. Health-conscious consumers have boosted the demand for foods like salads, and companies increasingly need a procurement system that is unaffected by the weather to meet that demand.

The second factor reviving vegetable factories is that producers find it easier to scale up their facilities because they now have more stable procurement from customers. Previously, vegetable factories had few clients with much purchasing power, so their scale was limited to several hundred kilograms of produce a day. By joining with convenience stores wanting to purchase in bulk, they greatly lower the investment risk of scaling up.

Vitec Holdings, an electronic components trading company, has been a pioneer in the supply of produce to convenience stores. In October, it began shipping lettuce and other vegetables to Seven-Eleven stores in the Kanto region from its vegetable factory in Ishikawa Prefecture. It also recently started growing vegetables for FamilyMart. To meet the demand from convenience stores and other customers, Vitec plans a series of expansions that will ultimately give it a 2-ton daily capacity.

Prime Delica, which is operating the vegetable factory dedicated to Seven-Eleven, expects production volume there to reach 3 tons and to see profits rise thanks to the economies of scale.

Japan's plant factory technologies are now also spreading overseas, as countries in cold and desert regions -- as well as those unable to secure enough farmland due to growing populations -- look to enhance their food self-sufficiency.

JFE Engineering, a unit of JFE Holdings, is building a cold-weather hothouse in Moscow for strawberries and tomatoes. Construction will begin next September for year-round cultivation starting in 2020. Peer JGC is already growing tomatoes at a factory in Khabarovsk in Russia's Far East.

JFE has experience with vegetable factories in Hokkaido, and it decided to expand into Russia, where the weather is similarly cold and there is a need to secure stable harvests even in the winter.

Southeast Asia, with its growing middle class, is another potential growth market. Panasonic has built a vegetable factory in Singapore to supply produce to local Japanese restaurants.