HO CHI MINH CITY -- Vietnam's electronics retailers are rushing to expand their drugstore businesses, looking to gain a foothold in this segment before the country relents on greater access for foreign players.

FPT Retail, the nation's second-largest mobile phone retailer, revealed the expansion plan for its drugstore network at its annual general meeting last week. The company, which bought local pharmacy chain Long Chau in 2017, intends to add 30 locations this year to the current 10.

The expansion then accelerates with 100 new stores annually for four years. FPT Retail aims to control 30% of Vietnam's over-the-counter segment by 2022.

The company will draw on its retail operations experience and information technology systems management to reach this goal, Chairwoman and CEO Nguyen Bach Diep told the Nikkei Asian Review.

Top Vietnamese electronics retailer Mobile World Group acquired the Phuc An Khang pharmacy chain in December to enter the market, while Digiworld in June unveiled its plan to join the drug distribution business.

Solid domestic prospects are drawing these companies to the drug retail and distribution business. Market turnover is expected to reach $7.7 billion by 2021, up from $4.7 billion in 2017, according to Business Monitor International. 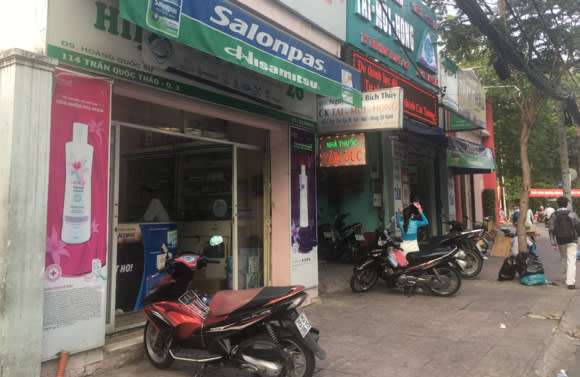 Drug spending per capita quadrupled to $40 over the 10 years through 2015. The figure looks poised to reach $55 by 2021, aided by high economic growth and rising incomes as well as rapid urbanization and a population that is both growing and graying.

When Vietnam joined the World Trade Organization in 2007, it did not commit to opening up its drug distribution sector. Hanoi regards health-related sectors as a national security issue, and Vietnamese law prohibits foreign-invested enterprises and their branches from operating in pharmaceuticals distribution and retailing.

Overseas investors can enter Vietnam by establishing a joint venture with local partners, or as a wholly foreign-owned enterprise that imports and sells pharmaceuticals to over 1,000 licensed domestic distributors. The supply chain of imported drugs to Vietnam includes Diethelm of Singapore, Malaysia-based Zuellig Pharma and Thailand's Mega Lifesciences.

But a full opening of the market to foreigners is widely seen as inevitable, spurring electronics retailers to act now before the competition intensifies. They also see room to grow, as the Health Ministry says Vietnam's 57,000 drugstores are fragmented, with many of them small businesses run by families.

Meanwhile, domestic pharmaceutical production meets only 45% of demand, and Vietnam's imports from countries such as France, India and Germany are growing 16% a year. The country's new pharmacy law, which took effect in January 2017, is intended to bolster the local industry so that it meets 80% of domestic demand by 2020, said Le Van Truyen, former deputy minister of health.

The law encourages more participation by both local and foreign players, with incentives for drug production, drug materials, essential drugs, social disease drugs and vaccines as well as for modernizing the distribution system.

Even as the distribution and retail segment remains closed to foreign investors, Vietnam has reduced tariffs on pharmaceutical products and opened the manufacturing sector, helping expand the roster of producers to around 180 local and foreign members.