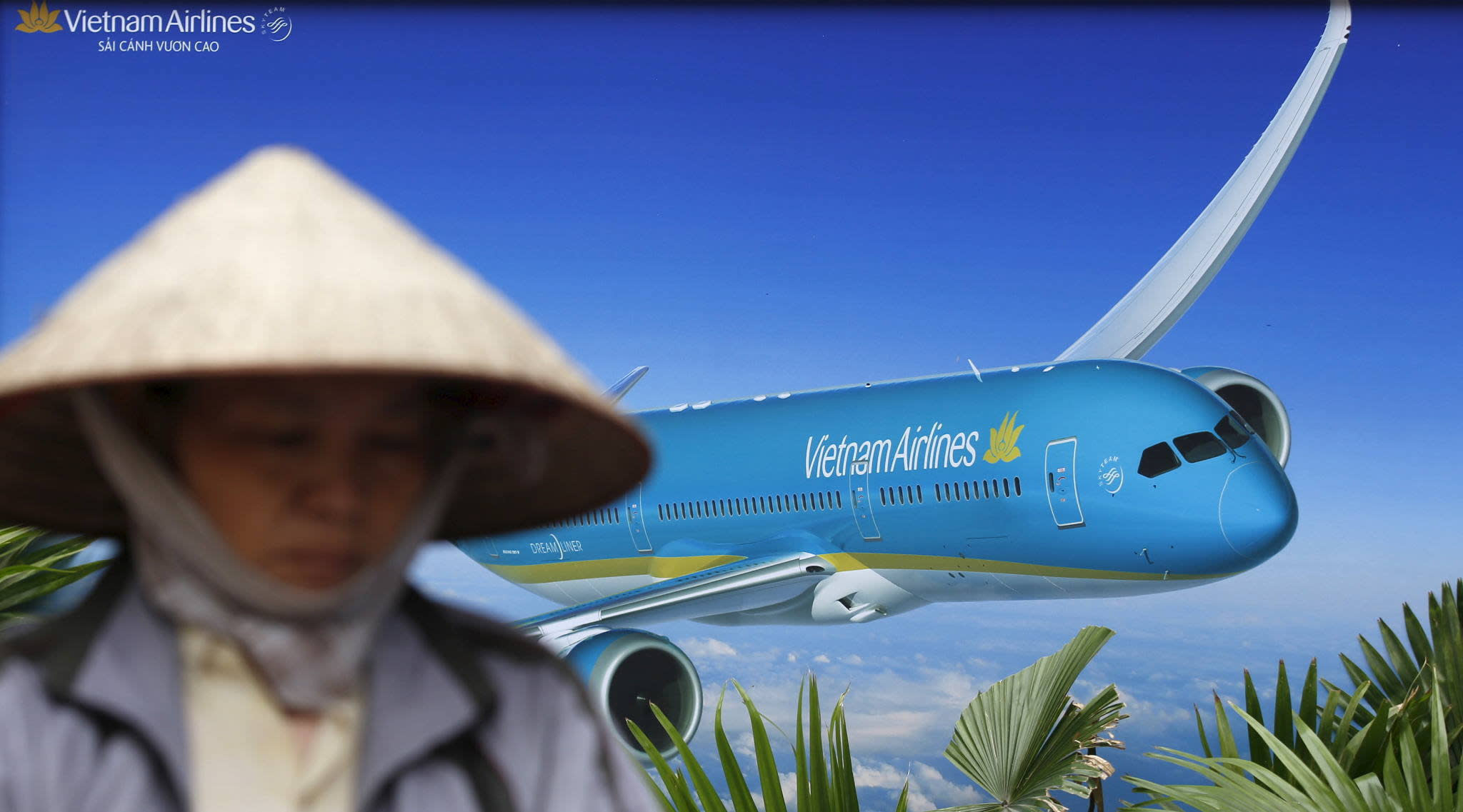 A woman walks past a Vietnam Airlines ticket office in Hanoi. The flag carrier is expected to be one of the first airlines in the country to offer nonstop flights to the U.S.   © Reuters
TOMOYA ONISHI, Nikkei staff writerMay 7, 2019 00:27 JST | Vietnam
CopyCopied

HANOI -- Vietnamese airlines are preparing to launch direct flights to the U.S., paving the way for a new era of economic ties between the Southeast Asian country and its biggest export market.

Three local airlines, including flag carrier Vietnam Airlines, are expected to start nonstop U.S.-bound flights as early as this year, which will shorten the travel time by about eight hours.

Economic ties between the two countries have been growing steadily in recent years. The U.S. is the largest market for Vietnamese-made goods and home to 2 million Vietnamese expatriates.

In February, the U.S. Federal Aviation Administration announced that Vietnam complies with international safety standards, opening the door to Vietnamese airlines' direct services to the U.S.

The FAA has granted the Civil Aviation Authority of Vietnam a Category 1 rating under its International Aviation Safety Assessment program, which means the authority meets standards for personnel licensing, operations and airworthiness.

For years, Vietnam's efforts to obtain U.S. approval of direct flights were frustrated by its aviation authority's failure to meet international standards in terms of its air traffic control and incident response capabilities. The authority's Category 1 rating will allow Vietnamese carriers equipped to secure U.S. authorization to start flying directly to the U.S.

Vietjet Aviation agreed to buy 100 737 Max airplanes from Boeing for $12.7 billion. The deal includes 20 Max 8s and 80 of the new, larger Max 10 model. The Boeing 737 Max 8 was involved in two deadly crashes since last year, resulting in groundings of the aircraft series around the world.

Trump hailed the deals, saying: "Moving forward as partners, we will achieve great prosperity and success for the American people and for the Vietnamese people."

Vietnam Airlines and VietJet are most likely to be the first airlines to start direct service. Some U.S. airlines will also consider taking advantage of this new business opportunity.

Vietnamese airlines will probably start with flights to San Francisco and other cities with a large Vietnamese community and then gradually expand their services to other major U.S. cities like Washington and Chicago.

Bamboo Airways also has its sights set on the U.S. CEO Trinh Van Quyet told Nikkei that there will be strong demand for direct flights to the U.S. among Vietnamese tourists and overseas Vietnamese. "We will particularly focus on expansion of services to the U.S. and Europe in the next three years," he said.

During the Vietnam War, many wealthy Vietnamese in southern parts of the country immigrated to the U.S., mainly to the West Coast. Some Vietnamese Americans have achieved business success in the U.S., including Henry Nguyen, who is known as the man who introduced McDonald's into Vietnam, and David Thai, who founded the Highlands chain of coffee shops.

About 690,000 people traveled from the U.S. to Vietnam in 2018, up 12% from the previous year and 60% compared with five years earlier, according to the Vietnam tourism administration. The U.S. ranked as Vietnam's fourth-largest source of international visitors, following China, South Korea and Japan. The number of visitors from Vietnam to the U.S. topped 100,000.

But direct flights to the U.S. may not become a cash cow immediately for Vietnamese carriers.

Vietnam Airlines CEO Duong Tri Thanh has told local media that the company would lose $30 million on nonstop service to the U.S. in the first year. He also said it will take at least five years for the flights to turn profitable.

Meanwhile, the Vietnamese market for domestic flights is bound to become more competitive in coming years. In addition to Bamboo, Vietravel, a major travel agency, has filed for permission to establish an airline.

Only airlines which can beat out rivals in the domestic service market will be able to offer flights to the U.S., which will not be profitable for the time being.

"We plan to differentiate ourselves from domestic competitors by raising the quality of our services with the goal of becoming a five-star airline," Bamboo Airways CEO Trinh Van Quyet told Nikkei. Currently, only 11 airlines in the world are awarded the five-star title rated by Skytrax, a British airline review and rating company.