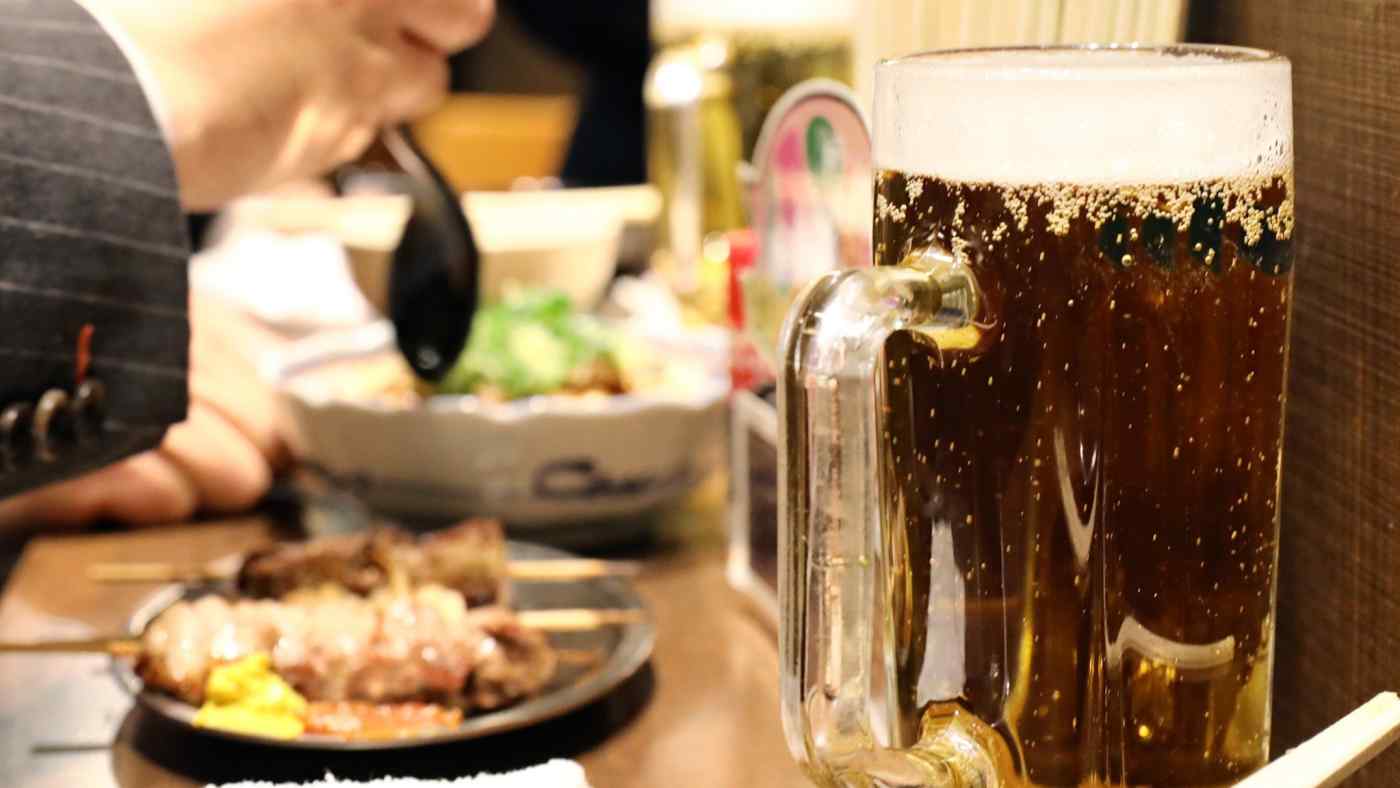 Japanese businesses are discouraging the traditional year-end parties, as the events risk spreading the coronavirus within a company and beyond. (Photo by Koji Uema)
AKINOBU IWASAWA, Nikkei staff writerNovember 20, 2020 04:11 JST | Japan
CopyCopied

TOKYO -- As a third wave of coronavirus cases washes over Japan, companies are bolstering measures intended to keep employees safe.

Business dinners are a major target. Nippon Telegraph & Telephone, which had let staff use their own judgment for such gatherings while encouraging them to take precautions against infection, went a step further on Tuesday and urged employees to avoid them "as much as possible." Auto parts manufacturer G-Tekt is banning business dinners for personnel at its head office starting Monday.

With Japan's new cases now exceeding 2,000 per day for the first time and hospitalizations ticking higher as well, big companies are on alert.

Mitsubishi Electric is skipping official year-end wrap-up meetings, while telling employees that large-scale gatherings have been put on hold. Hitachi is steering clear of traditional end-of-year celebrations within the company and discouraging them outside as well.

A survey of around 10,000 restaurants by reservation app provider Toreta found that foot traffic during the week through Sunday had recovered to 83.6% of last year's levels. If businesses allow year-end parties without restrictions, they risk becoming a catalyst for spreading the virus both internally and beyond the company.

Other precautions include steps to avoid what Japan calls the "three C's" -- closed spaces, crowded places and close contact -- in the workplace.

Sekisui House recently told offices in prefectures with major cities to let no more than 30% of employees commute to work, and called on those in other areas to aim for the same target. Nihon L'Oreal has removed a 10-day-per-month cap on working from home and recommended that employees telecommute.

Companies also are keeping a closer eye on employee health. Toshiba will install thermographic monitors by December at around 30 facilities to track worker temperatures and spot fevers that could be an early sign of COVID-19.