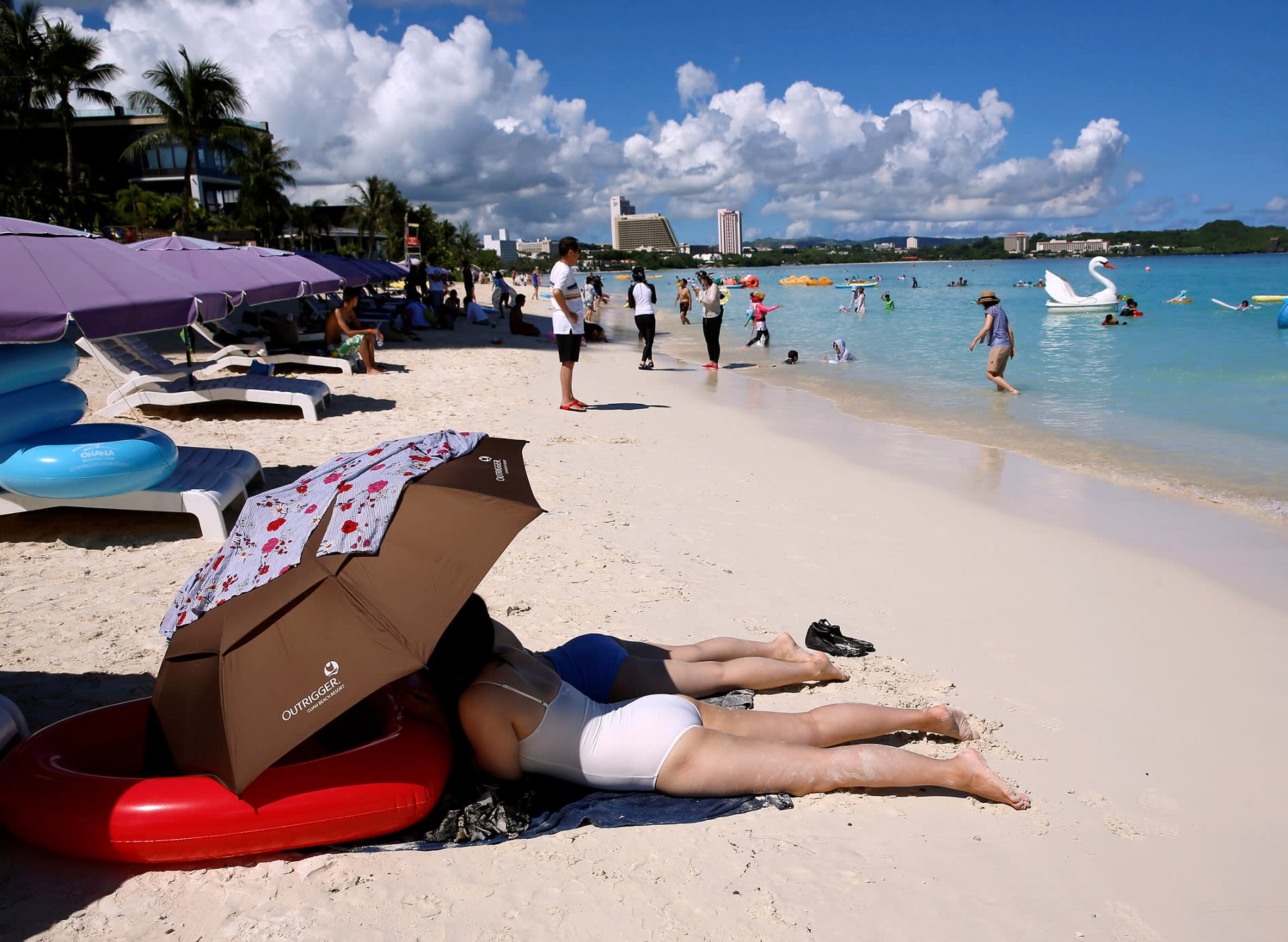 TOKYO -- Guam's $1.7 billion tourism industry continues to enjoy record growth despite recent obstacles, not the least of which is North Korea's threat to send four missiles splashing down into the waters near the western Pacific island.

Driving the boom is a surge in the number of tourists from South Korea, which in April replaced Japan as the biggest source of visitors to the U.S. territory.

In July, which saw a record 132,952 tourists for the month, South Koreans made up 46% of all visitors, compared with 39% for Japanese. The strong showing came despite a 5.2% decrease in Japanese holidaymakers.

The decline in Japanese travelers -- who just a decade ago accounted for three-quarters of all visitors -- is largely due to the weakening of the yen, which has made it costlier for Japanese to vacation in Guam and caused airlines to halt services to some Japanese airports. This in turn has led to a decline in seating capacity on flights between Guam and Japan. The number of seats has fallen from 1.4 million in 2012 to less 900,000.

An additional factor is increased competition from Hawaii and destinations in other parts of Asia.

As for Pyongyang's threat to launch four intermediate-range ballistic missiles toward Guam, the tourism world is generally responding with a yawn.

"The chances of a missile getting through the airspace of defense, both of the U.S. military and our allies ... in my calculation is 0.00001%," said Guam's Homeland Security Adviser George Charfauros in a briefing at the governor's office earlier this month.

Josh Tyquiengco, a spokesperson for the Guam Visitors Bureau, was equally unfazed.

"The North Korea threat is not new," he told the Nikkei Asian Review. "Guam has been threatened before in the past and most recently in 2013."

The 2013 incident he referred to involved a threat by Pyongyang to attack U.S. military bases in Japan and Guam in retaliation for training missions by American B-52 bombers over South Korea. "Our threat level has remained unchanged," Tyquiengco added. 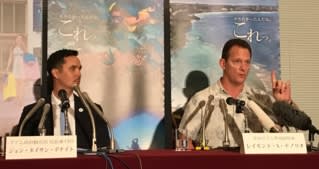 Jon Nathan P. Denight, president and CEO of the Guam Visitors Bureau, met the press in Tokyo on Monday to reassure Japanese travelers who might be spooked about visiting the island.

"Normally we're dealing with Conditions of Readiness in relationship to a typhoon or another natural disaster, so we're in Condition of Readiness 4, and it goes all the way up to 1," Denight said. "So we're in business as usual; no elevated threat level."

South Korean tourists seem to agree, as the number of cancellations has been negligible. This is perhaps natural given that most of them cannot recall a time when their country has not been under threat from the North.

Tourism is the second-largest contributor to Guam's economy after U.S. military spending, supporting a third of all jobs and generating 30% of gross domestic product.

August tourist arrivals are on track to top last year's record-breaking total, with the figure for the first half of the month up 3% on the year.

Tyquiengco thinks it is going to keep getting better.

"We anticipate this (upward) trend to continue with record arrivals because our visitor markets have shown growth and diversification," he said.