Pilot project on public roads ahead of 2020 Olympics 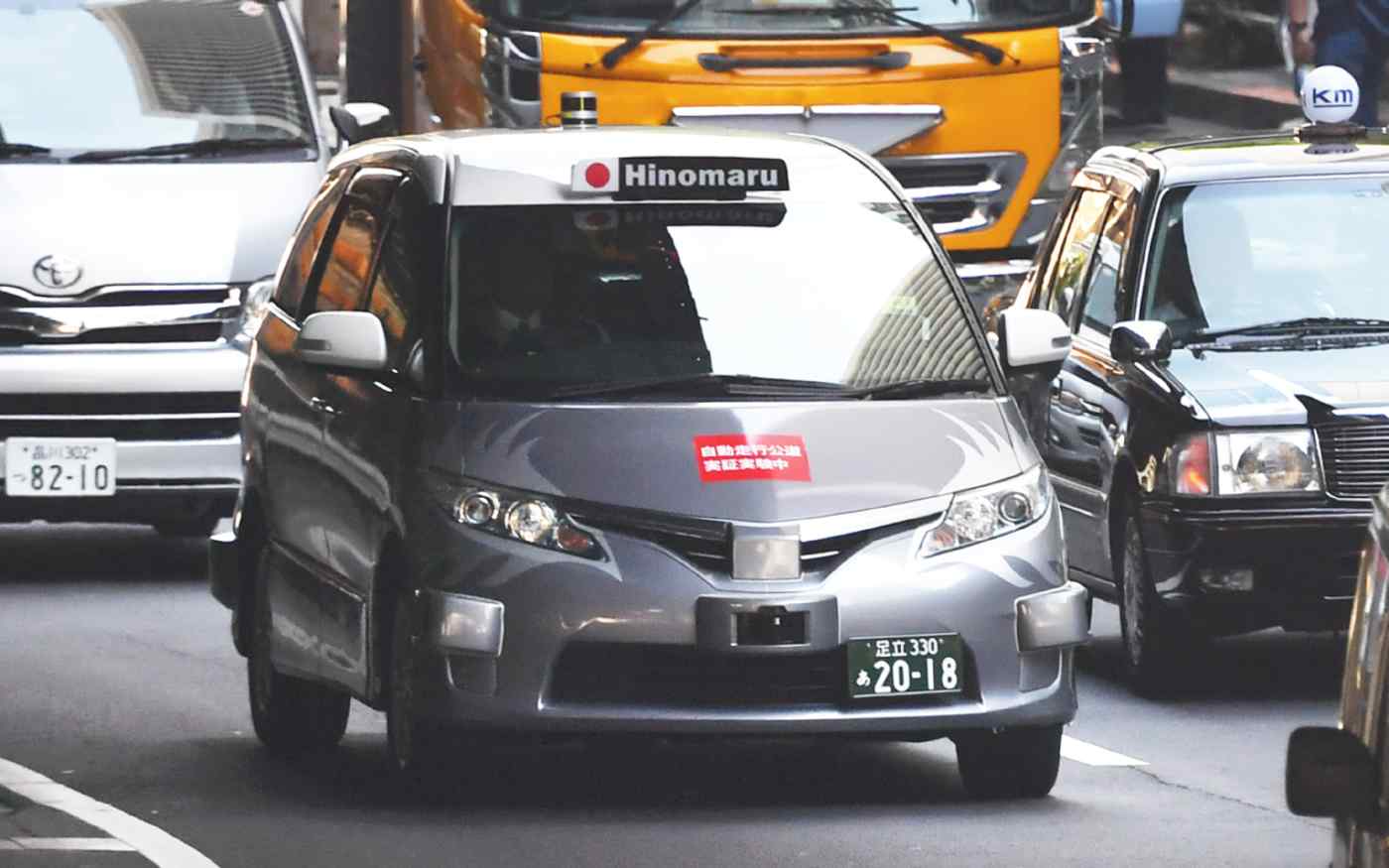 The vehicle, developed by Tokyo-based robot maker ZMP and operated by taxi company Hinomaru Kotsu, ferries passengers along a set 5.3km route starting near Tokyo Station and ending in the Roppongi entertainment district.

For the time being, the taxi makes only four return trips per day and reservations have to be made online. The trip costs 1,500 yen ($13.5) one way and passengers use a smartphone app to get their trip started. The two companies hope to begin full commercial operations in 2020, when the city hosts the Summer Olympics.

The pilot project is partly financed by the Tokyo Metropolitan Government and will run through Sept. 8.

Autonomous vehicles will reduce the cost of taxi services and make them more widely available, according to ZMP. Demand is expected to rise with the influx of tourists during the games. Inexpensive taxis can also help deal with shortages of public transportation in remote areas, the company claims.

The taxi operates fully autonomously -- turning, changing lanes and stopping on its own -- though a driver sits behind the wheel in case of emergency.

"It was as comfortable as riding a regular taxi," said a passenger who tried the service with his wife and a child on Monday. "It changes lanes so smoothly that you almost forgot that you were in an autonomous car."

While the project marks a world-first in the development of smart mobility, companies in other countries have made greater progress in terms of testing autonomous vehicles.

Uber and Waymo, a subsidiary of Google's parent company Alphabet, have been testing self-driving cars in cities across the U.S. In March, an Uber-operated car struck and killed a pedestrian during a trial, illustrating the challenges facing the technology. Waymo is expected to start its taxi service later this year.

Various developments have also been made in China. Ride-hailing company Didi Chuxing has been testing self-driving vehicles on public roads, while search engine Baidu plans to start operating an autonomous bus service in the country. It is working with SoftBank Group subsidiary SB Drive to take the service to Japan next year.