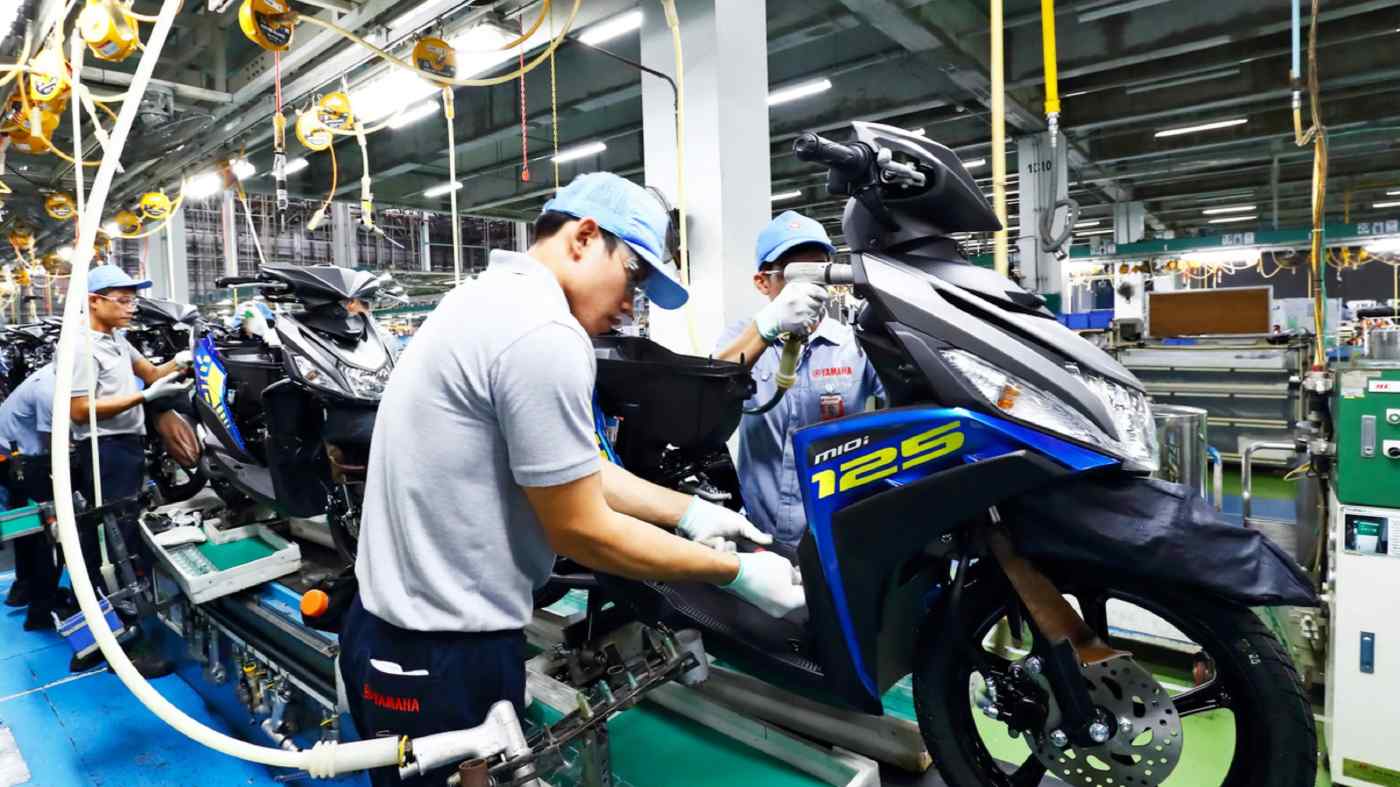 A Yamaha production line in the Philippines. The country is the sixth-largest motorcycle market in the world, making it an important battleground in the company's fight for dominance with Honda. (Photo courtesy of Yamaha Motor)
TSUYOSHI TAMEHIRO, Nikkei staff writerJuly 20, 2019 19:41 JST | Philippines
CopyCopied

TOKYO -- A little more than 10 years after entering the Philippine motorcycle market, Japan's Yamaha Motor is closing in on compatriot and local market leader Honda Motor.

Yamaha's motorcycle sales in the country rose for the sixth straight year in 2018, surging 31.7% from a year earlier to 539,000 units, driven by scooters targeting younger motorists. The nation's overall motorbike market expanded 14% in the same year.

Yamaha commanded a 34.3% share of the Philippine market in April 2019, compared with Honda's 37.2%. The company feels it now has a chance to best its long-standing rival, and is investing about 3.1 billion yen ($28.7 million) on a new building at its motorcycle plant in Batangas Province just south of Manila.

Already under construction, the building is scheduled to go online in July 2020, doubling Yamaha's Philippine production capacity to 800,000 units annually.

The new facility will turn out Yamaha's flagship automatic transmission-equipped Mio scooter. Local content ratio for the bike will also be increased to about 30% by 2021 from 6%, making it more cost competitive.

Yamaha plans to raise annual motorcycle production capacity in the Philippines to 1 million vehicles, and is also poised to step up efforts to expand its overall presence in Asia. Compared with Honda, which broke into the Philippine motorcycle market in 1973, Yamaha is a relative newcomer, making its first full-scale foray into the local market in 2007.

But rather than trying to mimic Honda, Yamaha distinguished itself. It was the first to introduce motorcycles with automatic transmission and continues to place great importance on design and riding ease. In 2016, it also renovated large dealerships, transforming them into boutique-like showrooms by adding amenities such as cafes and selling riding gear and other apparel.

The efforts have paid off. The company is now firmly established as a maker of stylish bikes that are especially popular with young people. "The average age of buyers is young [in the Philippines] compared with other countries," said a Yamaha official. 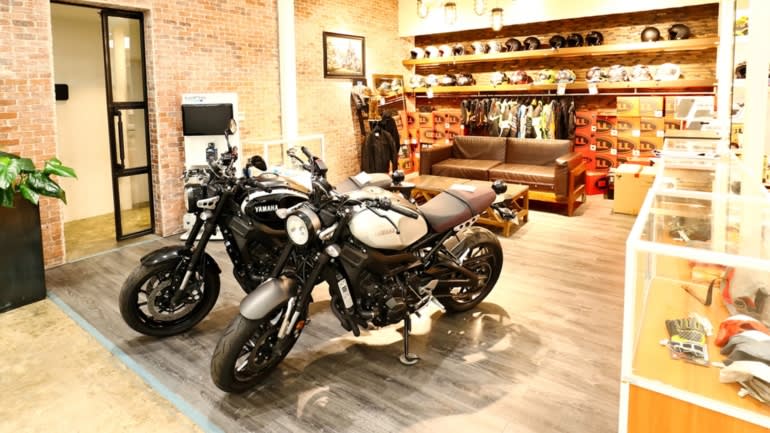 Yamaha has given its larger motorbike dealerships in the Philippines a more boutique-like feel, selling riding gear and other accessories.

As the sixth-largest motorcycle market in the world, the Philippines has become strategically vital to Yamaha. The company has its fourth-largest overseas production base there after Indonesia, India and Vietnam, but growth in the Philippines is faster than the other three.

Yamaha may soon face headwinds, though, as consumers typically shift their focus to cars once per capita gross domestic product exceeds $3,000. The Philippine's per capita GDP in 2018 stood at $3,103 but the company is hoping its brand power and established customer base will continue to drive demand for its two-wheelers.

Despite success in the Philippines, Yamaha is up against stiff competition in Vietnam, where Honda has seen sales volume rise, led by its popular Vision scooter. Sales volume tumbled 20% from a year earlier in 2018 as it failed to respond quickly to changing consumer preferences in Vietnam.

As Asian consumers increasingly look to purchase cars, automakers in the region are fiercely fighting for market share. But motorbikes are still the main mode of transportation for large swaths of the population.

Yamaha and Honda once engaged in a battle for market share in Japan during the 1980s. Now, the same battle is being played out in other parts of Asia, with dominance of the Philippine market now at stake.