YouTubers hit the jackpot by sharing Japan with the world 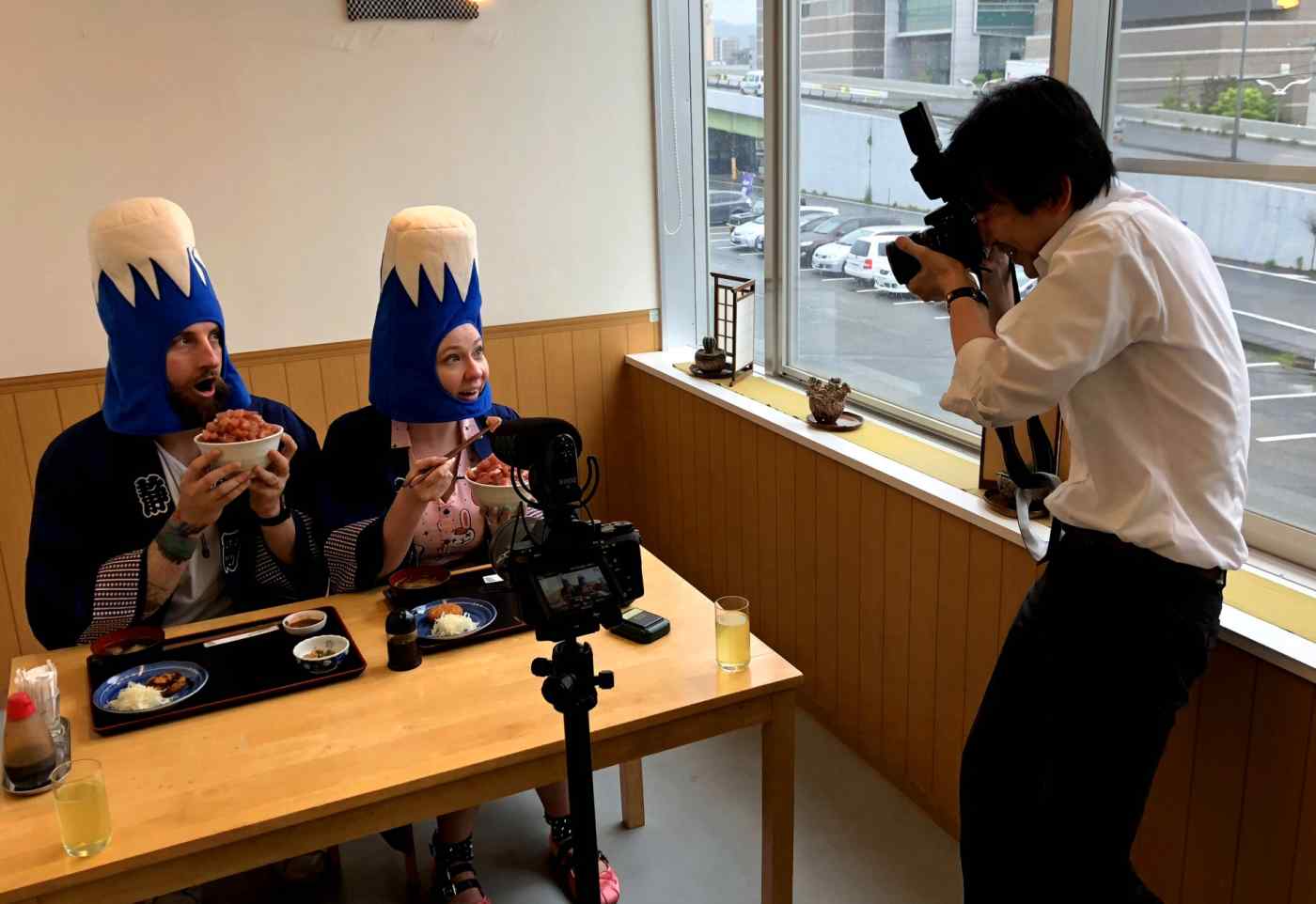 TOKYO -- They come from all over. They share an affinity for Japanese culture, be it quirky or conventional. They know how to handle a video camera. And the ones that play their cards right are raking in serious cash.

They are YouTubers -- creators who produce content for the video-sharing site. Japan has plenty of its own, but the country is also attracting a steady stream of them from abroad. With their ability to cross borders and cultural boundaries, these international video stars represent a potential gold mine for talent management startups and Japanese advertisers looking to reach an international audience.

One video features a Canadian couple dining at Sushi Saito, a Tokyo restaurant with three Michelin stars. "This isn't really something you could put words to," Simon says. "I'm actually too afraid to use chopsticks because I think it's going to show how my hands are shaking." The 17-minute clip has been played over 7.5 million times.

The couple are the Japan-based video-making duo Simon and Martina. Few Japanese have heard of them, but they had 1.3 million followers worldwide as of the end of January. Their total plays number 500 million, half of them in North America. They typically release two new videos per week, commenting on restaurants in Japan.

Simon and Martina are attached to management company Breaker, a content creation startup in Tokyo. Chief executive Alan Swarts, whose resume includes working as a producer for the MTV music channel, started the business in 2013. Breaker's board includes a leader of the Japanese music industry -- Shigeo Maruyama, the former president of Sony Music Entertainment (Japan).

The couple first moved from Canada to South Korea, where they gained popularity as freelance YouTubers. Swarts encountered them at an event for the U.S. video industry, and hearing they had an interest in Japan, he brought them over in 2016. They became exclusive content producers for Breaker. 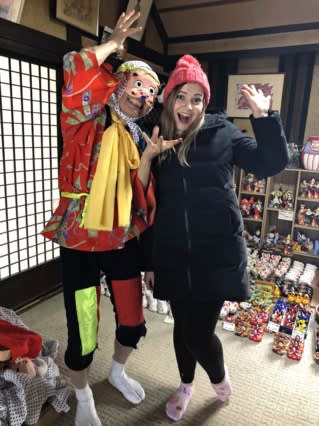 Canadian YouTuber Sharla introduces her 580,000 followers to the Tohoku region in northern Japan.

Swarts said Simon and Martina go to great lengths to produce quality videos and cater to overseas viewers. Together with a British video director, they consider everything from location to shooting angles. A running theme is Japanese food, with episodes featuring them visiting a beef bowl restaurant, sampling hamburgers or comparing the flavors of various Japanese sweets.

On their blog, Simon and Martina relate "behind the scenes" stories after uploading the videos. Their dedication has earned them devoted fans -- an international crowd of about 300 attended a meet-and-greet session with the pair in Tokyo's Harajuku district last year.

YouTubers like Simon and Martina earn advertising revenue based on the number of views. The site pays 0.1 to 0.2 yen per view to the creator; of that, about 20% goes to the management company.

Japan's top YouTubers earn more than 100 million yen ($914,000) a year. But creators that build global followings are in a whole different league: A handful pull in about $10 million. Management companies like Breaker see a huge opportunity in nurturing talent with global appeal.

Breaker has about 20 artists on its exclusive roster, in addition to about 60 contract-based international YouTubers, including Malaysians and Brazilians. Recently, the company interviewed an Uzbek student studying in Japan.

Advertising revenue is only one aspect of the business model.

YouTubers are important players in the word-of-mouth marketing game, Swarts noted. In the age of social media, companies and other organizations are increasingly turning to popular online personalities to promote products and services -- from food to information systems. The contract fee for a popular YouTuber would be around 1 million yen per shoot. Other Japanese companies are venturing abroad to scout new video stars. Among them, YouTube celebrity management company UUUM is listed on the Tokyo Stock Exchange's Mothers market for startups. The company has exclusive management deals with 250 YouTubers who are popular in Japan, including Hikakin, its co-founder.

In January, UUUM entered a capital and business partnership with Capsule Japan, a media company that oversees over 100 YouTubers in the greater China region, including Taipei and Hong Kong. Ryuu, right, hails from Malaysia and is popular among Taiwanese and Hong Kong viewers. He boasts a total of 880,000 followers.

Now, UUUM is sending employees to Taiwan to transfer management methods learned from rearing YouTube talent in Japan. Its managers do not interfere with video content; rather, they create an environment where YouTubers can focus on their work, by arranging for video equipment and taking care of day-to-day needs.

The Japanese YouTuber market was worth 21.9 billion yen in 2017, 2.2 times its value the previous year, according to surveys, including one by CyberAgent subsidiary CA Young Lab. By 2022, it is projected to swell to 57.9 billion yen.

Marketing companies think the global market size will be 100 times that.