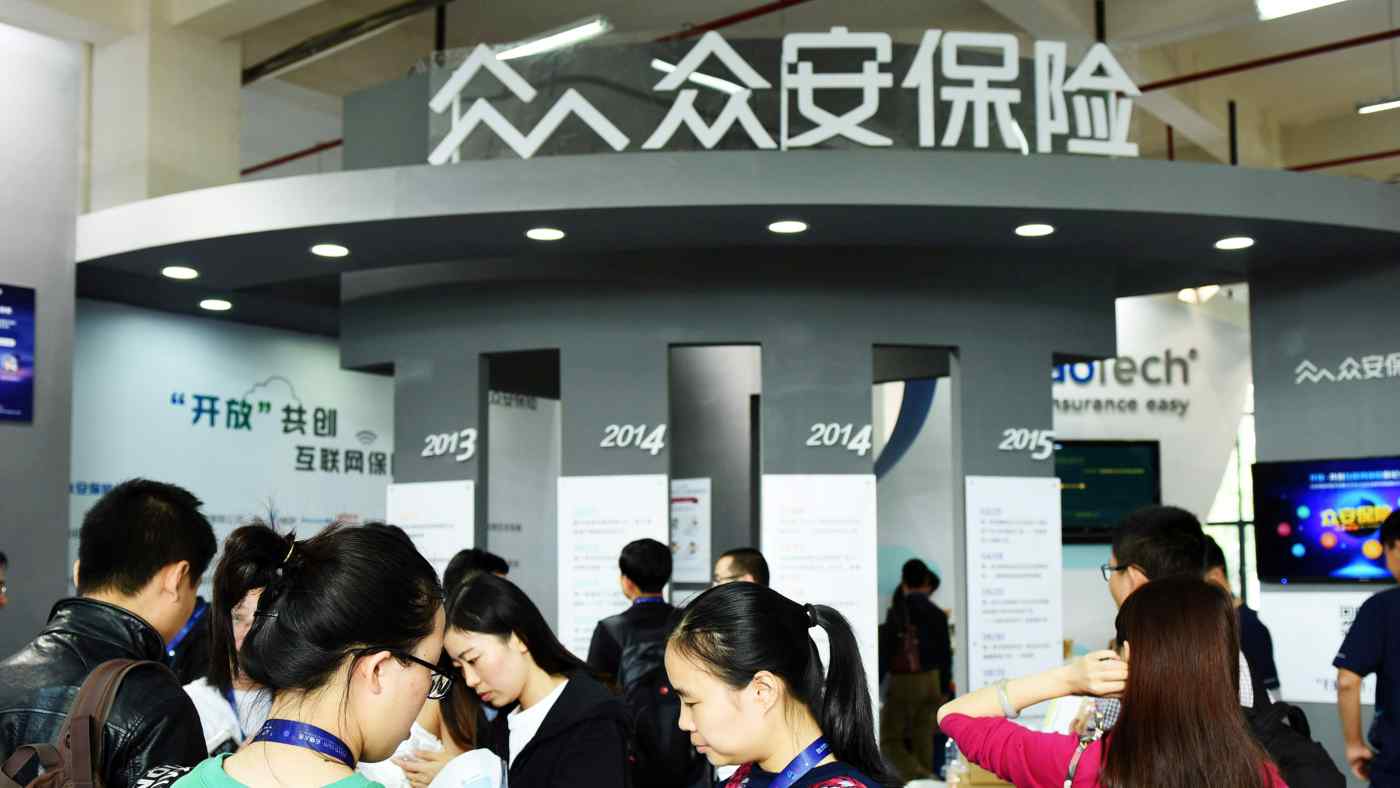 The Shanghai-based company last month formed a business partnership with Sompo Japan Nipponkoa, a 130-year-old peer and the third-largest nonlife insurer in its home market.The two companies hope to tap into a market that is expected to triple to 179 billion yen by 2021, according to a forecast by Yano Research Institute in Tokyo.

The partnership presents a fresh challenge to the sector's established companies, and marks the first operational entry to Japan by a major Chinese insurer -- Ping An Insurance maintains a presence solely for investment purposes.

Japan has been positioned as just the first step in ZhongAn's plans. "In the near future, the focus will be on the Asian region," said Wayne Xu, COO and the head of the company's international arm, ZhongAn International.

China has become a center of financial technology, having pioneered low-cost, smartphone based services like Alipay mobile payments, run by Ant Financial Services Group. The country's insurance industry has adopted many of the same strategies. These products are offered mainly through mobile platforms operated by partner companies, such as e-commerce giant Alibaba Group Holding -- parent of Ant Financial -- social media operator Tencent Holdings, and Ping An Insurance. More than half of the customers are aged between 25 and 35.

"As a new insurer, we have to understand the users' needs," Xu said. "By leveraging new technology, we will be able to underwrite a lot of fragmented risks," he added, noting that the company has automated much of its back office operations as well as the development of new products. "Most of our products are done within two weeks from design to development to testing to productizing," he said.

In 2017, ZhongAn served 413 million users and wrote over 5 billion policies, a number that would take two or three decades to process through traditional methods, according to Xu. Even a big insurer like Ping An only had 46 million new customers last year.

The company more than doubled its gross written premiums, or total revenue, to 5.1 billion yuan ($734 million) between January and June of this year, but also saw its net losses more than double to 666 million yuan.

Xu declined to comment on the company's share price, which currently hovers around HK$25, having topped HK$93 just after it went public in September last year. Analysts say one of the challenges ZhongAn faces is to reduce its reliance on partner platforms, to which it pays considerable fees.

Xu said that unlike traditional insurers, ZhongAn can pursue digitization aggressively without worrying about online services cannibalizing traditional products. "The way we look at the industry is how to build everything digitally. We never thought about legacy things," he said. 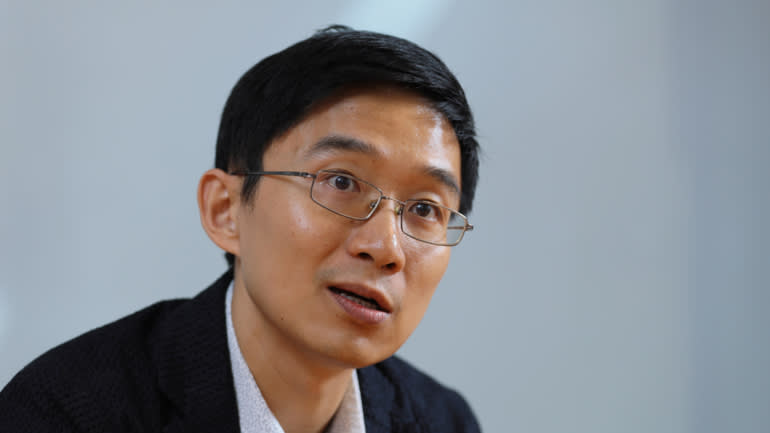 Wayne Xu, president of ZhongAn International, said Asia will be the company's focus in the near term. (Photo by Takuya Fujisawa)

"In the future, insurance products will be more personalized," he declared. "There will be more customized policies based on the understanding of the users' behavior."

A small number of online insurance startups like JustInCase have emerged in Japan, but have made few inroads into a crowded industry. ZhongAn's entry is expected to have a larger impact.

"As the user base shifts to the millennial generation, demand for online insurance products is likely to grow," said Yuki Katayama, an analyst at Tokyo-based NLI Research. The company's low-cost, short-term products could prove popular in a country where insurance is usually sold in comprehensive packages, she added.

Japan's insurers have begun their own forays into technology-based services, and many are expected to increase their efforts in light of ZhongAn's move.

The service will analyze users' smartphone data and usage, and make recommendations on insurance products, such as for travel, sports or damage to their device. All transactions, from application to customer support to claim payment, will be handled by AI technology.

Sompo Japan Nipponkoa has already launched a similar product in partnership with chat app operator Line. The service offers 59 plans, mostly to cover minor risks that are not usually covered by traditional insurance policies. They include insurance for sports injuries or damage to equipment while traveling, and are offered for as little as one dollar each.