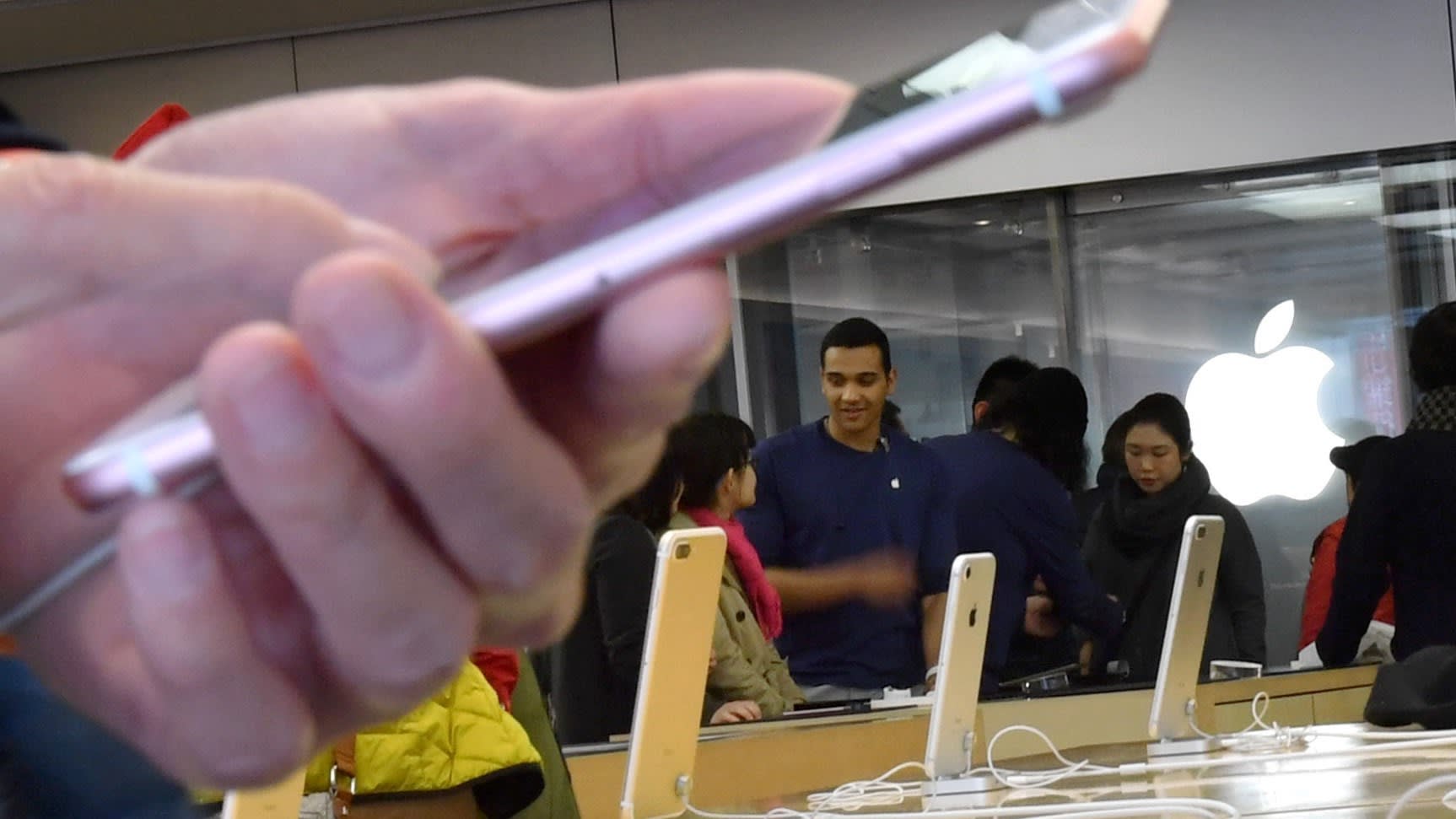 It wasn't so long ago that double-digit growth was the norm.

More recently, however, upgrade cycles have been offering less in the way of new and improved functions. As a result, satisfaction with shiny new pieces of technology has diminished, and consumers have begun looking for lower prices as a reason to "upgrade."

Over the past five years, the average price of smartphones running on Google's Android operating system has halved to around $200.

This means smaller profits for Apple's competitors, who are now focusing more on undercutting one another than on pursuing innovation. One unintended consequence has been that consumers are attaching less value to their smartphones, putting even more pressure on prices.

Apple also struggled as the market matured. The company could not keep pulling surprises out of its unveiling ceremonies like late founder Steve Jobs did when he introduced the first iPhone a decade ago. Like the rest of the industry, Apple lost the wow factor a few upgrade cycles ago. And it still had to contend with rivals releasing handsets similar to the iPhone. In early 2016, Apple began cutting iPhone production, leaving behind its best days, as U.S. asset management company Sanford C. Bernstein put it.

Then, during the recent year-end holiday season, the iPhone 7 became a hit. As far as major improvements go, the model does not have many, except, perhaps, water resistance. In the three months through December, Apple sold 78.29 million units around the world, up 5% from a year before and a quarterly sales record.

One reason iPhone sales bounced back is that the gadget has fans. In a market now mostly focused on replacement demand, the iPhone still attracts 80% of its existing customers when a new model comes out. Few people bother to ditch the comfort of their much-used-to iPhone for an Android.

Perhaps Apple counts on this effect -- it has created a closed ecosystem in which the iPhone, iPad, Mac and Apple TV all nourish one another through cloud, music and other services. Customers who opt to trade in an old iPhone for a new Android device have to jury-rig a whole new ecosystem.

And if iPhone users needed another reason to feel all warm and fuzzy about their devices, they can remind themselves that their handsets are not catching on fire. Last year, South Korea's Samsung Electronics got into trouble after batteries in some Galaxy Note 7 smartphones went up in smoke.

So far, Apple has managed to elude this fate.

"Consumers have grown accustomed to the usability of the iPhone and its apps, and they regularly upgrade their iPhones even if there are no major improvements in functionality," said Yasuo Nakane, a senior analyst at Mizuho Securities. As consumers place greater importance on usability and product reliability, Apple gains more of an edge over rivals.

Apple's renewed vigor is also visible in its share price, which has gained about 30% during the past four months. In January, Warren Buffett, the renowned American investor, significantly increased his Apple holdings. Buffet reportedly asked his great-grandchildren how they use their iPhones and concluded that Apple products tend to be "sticky" and are very "useful."

The upcoming iPhone, to be launched this fall, will come in three configurations -- two with liquid crystal displays and one with a 5.8-inch organic light-emitting diode display. By adding more large-screen options to the lineup to meet growing demand for BIG, Apple intends to raise the average iPhone price, which has already gone up by about 10% in the past three years to nearly $700.

Yet Apple's finances could deteriorate. The Chinese market, a major revenue source for Apple, is slowing, and authorities in Europe are accusing the company of tax avoidance. In addition, consumers have grown accustomed to autumn launches and are now in wait-and-see mode.

The good news for the California company is that there are hordes of iPhone users -- Apple ships over 200 million units every year -- who may consider replacing their old models with whatever Apple has for them, oh, say, seven months from now.

Demand is driven not just by innovation, and Apple clearly stands out in the maturing smartphone market by striking a balance between new functionality and old familiarity.