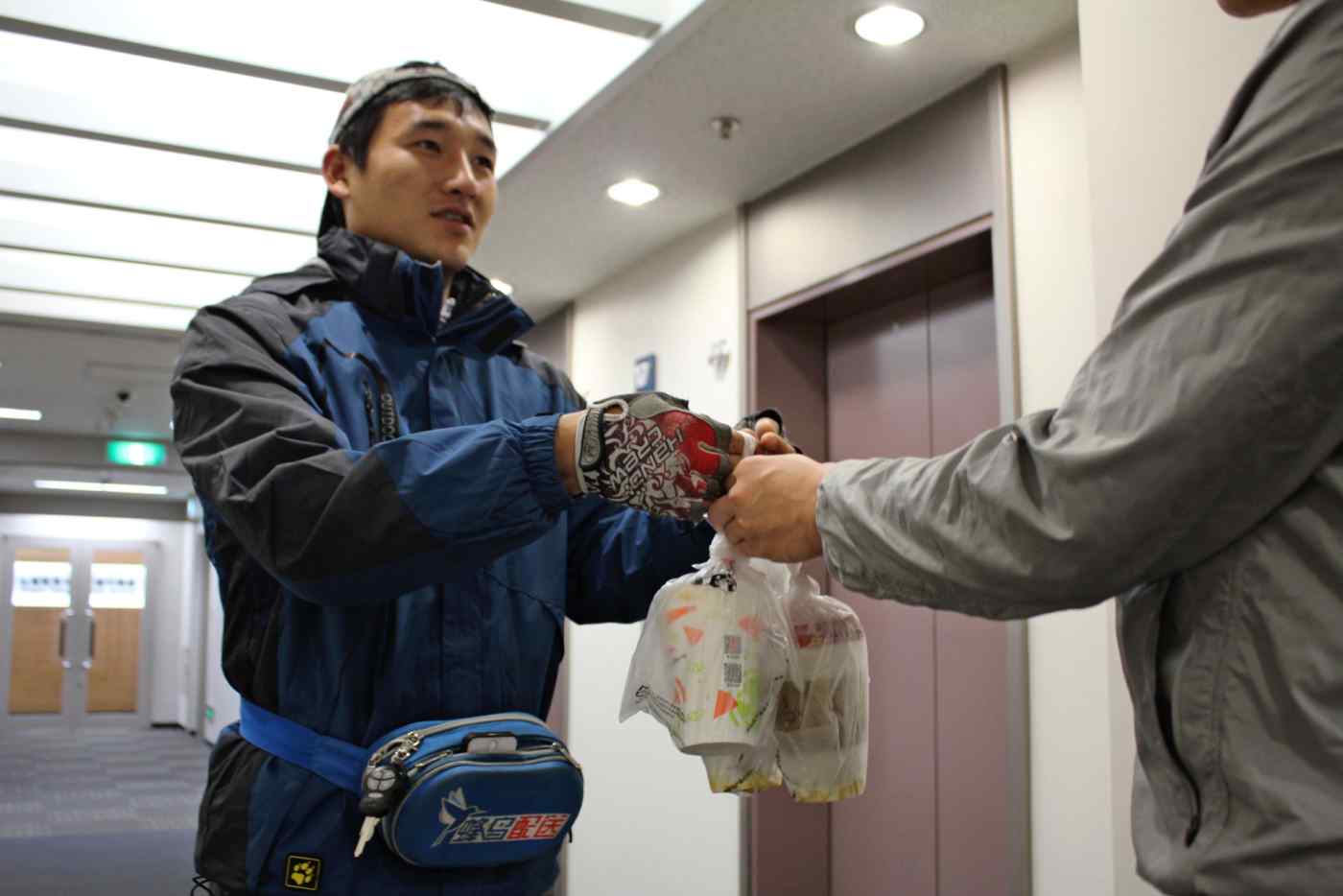 DALIAN, China -- Workers and students across China are increasingly asking themselves: Why cook or dine out when a meal is just a few smartphone taps away?

The Chinese market for food delivery apps is projected to swell to some 165 billion yuan ($24.5 million) this year. Over the past three years, it has more than tripled in size.

"At work, I'd rather not bother to go out for lunch," said a man in his 20s in the city of Dalian, Liaoning Province. "I just want food that will fill me up."

The man is a regular customer of Ele.me, the country's No. 1 food delivery app. Typically, once he places an order, his lunch arrives at his office about 30 minutes later. Sometimes, he orders three meals in a single day.

His wife also has a job. "We are busy working during the week, so it's very convenient that we don't have to go out," he said.

Since dual-income households are the norm in China, the delivery market is expected to grow further as couples try to squeeze more time out of the day. 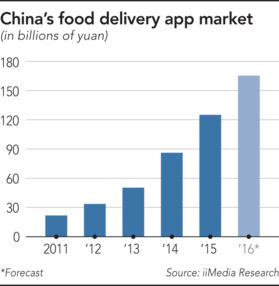 The biggest attraction is convenience. Launch the Ele.me app, for example, and you will see a list of eateries in the vicinity of your registered address. It is also possible to search by type of cuisine, popularity ratings and other criteria. Each month, users receive discount coupons.

There have been some hiccups. In March, state television reported that the photos of some restaurants on Ele.me did not match the actual establishments. To win back trust, the app operator says it has introduced preventive measures, including tighter monitoring of food safety. It has also set up a 24-hour call center.

The rivalry among app operators is intensifying. At present, three players control nearly 90% of the food delivery app market. The nature of the service means there are few options for differentiation, apart from price.

Ele.me accounted for 35.5% of the market in the April-June quarter, according to Analysis, another Chinese market researcher. Meituan Waimai was not far behind at 34.2%. Baidu Waimai, sponsored by search engine giant Baidu, was No. 3 with a 21.1% share.

Ele.me's app offers roughly 600,000 restaurants in more than 1,000 municipalities. Over 70 million users place a total of 5 million orders, on average, per day.