CEO in the news: SoftBank's Masayoshi Son gets his entrepreneurial streak from dad 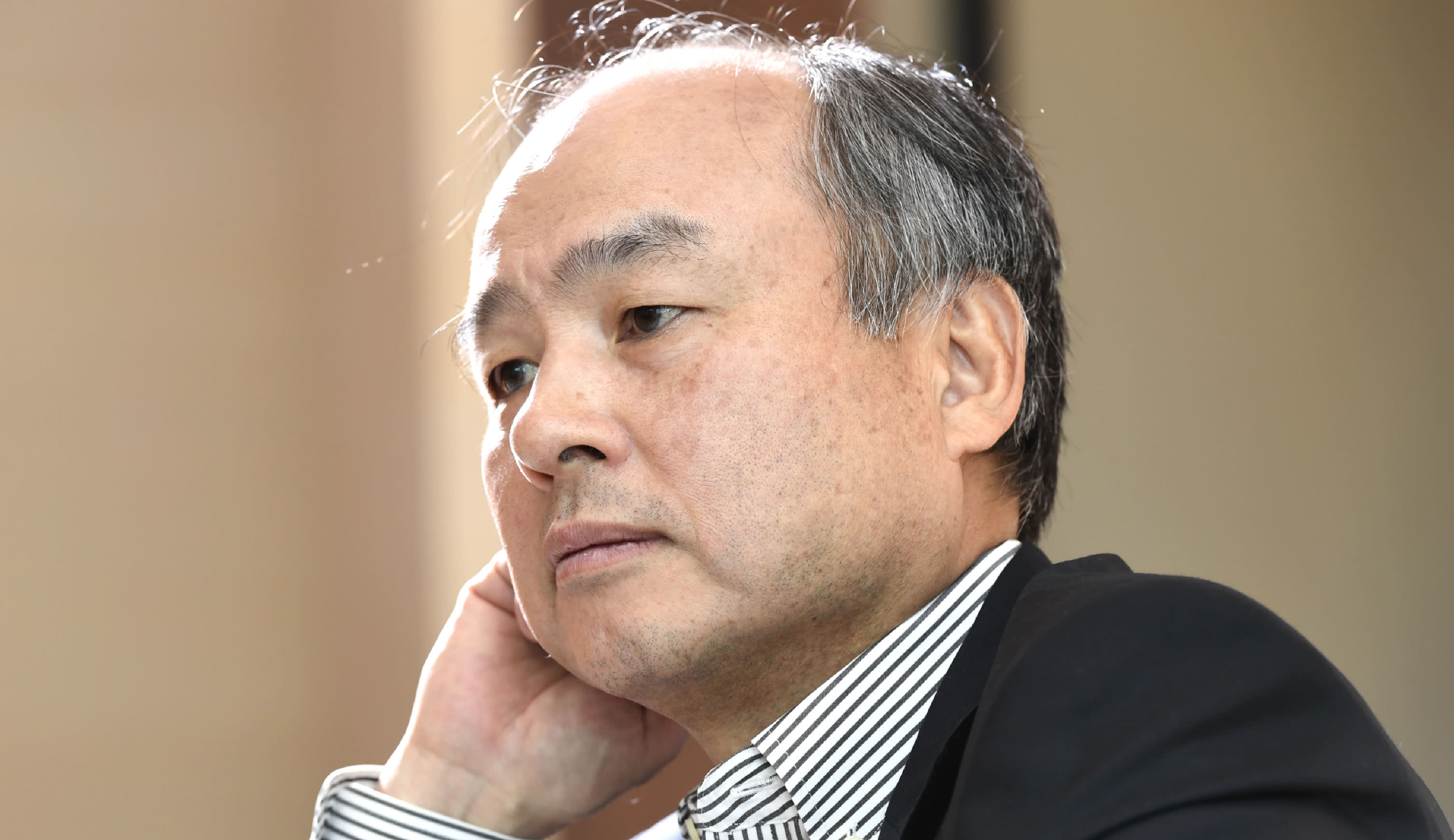 TOKYO There can be little doubt that Masayoshi Son, chairman and CEO of Japan's SoftBank Group, was one of the most notable businesspeople in Asia in 2017, given his bold decisions and far-reaching strategies.

Among other things, he successfully persuaded Saudi Arabia to provide money to help set up his $93 billion dollar Vision Fund to invest in the technology sector and enable the next wave of innovation.

He formulated a plan that nearly realigned the U.S. telecom industry, coming within inches of engineering a merger between SoftBank subsidiary Sprint and rival carrier T-Mobile US, a deal that ultimately fell though at the last minute. 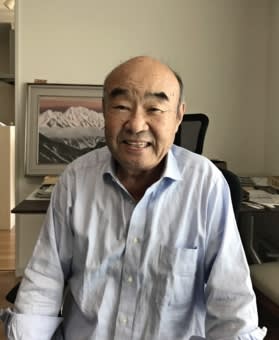 ing of China and Uber Technologies of the U.S., as well as American semiconductor maker Nvidia.

Son has said he aims to create "the Berkshire Hathaway of the technology industry," referring to the renowned investment company led by U.S. billionaire Warren Buffett. Yet given the hardscrabble origins of Son's management style, one would hardly expect another Buffett.

In a recent interview, Son said he was "feeling bright" after the collapse of merger talks between the Sprint and T-Mobile in early November. Despite the setback, Son, 60, shows no signs of a slowing the pace of SoftBank's relentless business expansion, an approach he traces back to the influence of his father.

Masayoshi learned a great deal from the elder Son, Mitsunori, who started numerous businesses throughout his life, all based on his own ideas. A similar willingness to adapt underlies Son's own management strategy, which continues to shape SoftBank's core businesses.

A LAST-DITCH EFFORT In mid-October, a broad agreement had been reached to combine Sprint -- the fourth-ranked U.S. mobile provider -- with third-place T-Mobile, owned by Germany's Deutsche Telekom. But the deal ultimately came apart, as Son stuck to his position that management should be integrated under Sprint's leadership. 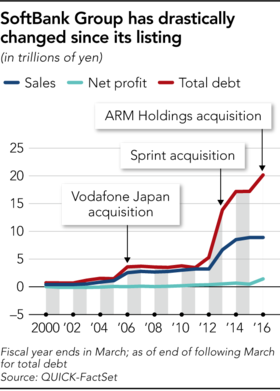 Son told Deutsche Telekom CEO Timotheus Hoettges by phone of the SoftBank board's decision to end the negotiations. That prompted Hoettges to fly to Japan in a last-ditch effort to changeSoftBank's mind.

Son invited Hoettges to his Tokyo home on Nov. 4, canceling his plans to go to Fukuoka Yahuoku Dome in the southern city of Fukuoka to watch his SoftBank Hawks play the sixth game of the Japan Series baseball championship. The Hawks won the game to clinch the series, but in Tokyo, Son and Hoettges failed to iron out their differences, bringing the merger negotiations to an end.

Had it not been for his emergency meeting with Hoettges, Son would have watched the Hawks claim victory with his 81-year-old father, from whom he has learned so many business lessons.

A few months earlier on Sept. 2, the pair -- with their strong father-son resemblance -- were in a VIP room at the stadium for a regular-season game. Turning things over in his mind, the younger Son grew serious and murmured, "Ten trillion yen isn't nearly enough. I'll manage 100 trillion yen."

He was apparently referring to SoftBank's Vision Fund, which was set up in May with backing from Saudi Arabia's sovereign wealth fund to invest primarily in artificial intelligence technologies, such as robots and autonomous vehicles.

His father was surprised Son would be thinking of managing not only the 10 trillion yen already in the fund -- which included money from the Saudi king, no less -- but 10 times that amount, even as he remained deeply involved in the U.S. mobile industry. What could his son be thinking?

Masayoshi had an answer.

"I'll use up the 10 trillion yen in about two years at the current pace," he told The Nikkei, adding that he was looking to create an additional 10 trillion yen fund every couple of years, which would quickly push total investments to 100 trillion yen. "What I'm truly spending my time on is creating a mechanism" for that 100 trillion yen fund, he said.

But SoftBank's interest-bearing liabilities, totaling nearly 15 trillion yen, are making many investors nervous. In the year through March 2017, interest payments exceeded 460 billion yen. As the group expands, it has become increasingly difficult for investors to keep up with its business plans and operations. With debts roughly as large as the budgets of some countries, setbacks like the failed U.S. mobile merger deal tend to spark strong concerns.

Son, however, maintains that SoftBank is essentially debt-free. With its listed shareholdings, including in Chinese e-commerce giant Alibaba Group Holding, valued at more than 22 trillion yen, Son may believe that SoftBank could always sell shares if necessary.

Moreover, SoftBank also has equity stakes in a large number of unlisted companies. Those stakes combined with its holdings of listed shares would likely be enough to leave SoftBank with plenty of leftover cash even after repaying its debts.

MUD AND PAIN Asked about the origins of his unusual management style, Son cited the influence of his father.

"My father changed businesses time and time again to support his family, going through mud and suffering each time," Son said. "With every change, he started from scratch."

The elder Son has avoided talking to reporters and only agreed to an interview at the prompting of his son. His leisurely life of retirement in Fukuoka Prefecture, where he lives with his two Akita dogs, is a far cry from the hardships he experienced growing up and later raising a family.

Mitsunori Son, a second-generation Korean in Japan, was born in Tosu, Saga Prefecture, in a roadside squatters' settlement with no address. His family, which had taken the Japanese name of Yasumoto, lived a life of obscurity.

When Mitsunori was a small child, the family returned to its hometown of Daegu, South Korea. But finding no work, they came back to Japan. Slipping across the Sea of Japan by night, their boat experienced engine trouble and became swamped with water.

"I thought we would die there," he recalled. But the family survived by paying all of its money to a passing Japanese fishing vessel in return for being towed to Yamaguchi Prefecture. Players of the Fukuoka SoftBank Hawks celebrate winning the Japan Championship Series at the Fukuoka Yahuoku! Dome on Nov. 4, 2017. (Photo by Masaru Shioyama)

Later, after graduating junior high, Mitsunori sold bootlegged shochu, or distilled spirits, by bicycle. "At that time, people spread rumors that alcohol made by Koreans contained rat poison," he said.

Mitsunori dispelled such concerns by drinking the shochu he made with customers, even though he was still a boy. When he felt he could not expand the business any further on his own, he sought out the biggest drinker in each village and made them an offer: He would give them a free bottle of shochu if they would sell two bottles on his behalf.

Mitsunori managed to save up his money despite suffering discrimination against ethnic Koreans. He began raising pigs, feeding them the waste left over from making shochu. He jotted down the destinations of railroad freight cars carrying pigs when they stopped at a nearby station and used this information to find high-paying butchers in Tokyo.

Mitsunori then expanded his business to pachinko pinball parlors and consumer finance. When restrictions were imposed on the pachinko industry, Mitsunori opened a fishing pond on the premises of one parlor and advertised a 20,000 yen prize for catching a red carp.

"Red carp were cheaper than black, but no customers knew that," he said. "It was like killing two birds with one stone, because customers spent that 20,000 yen to play pachinko." 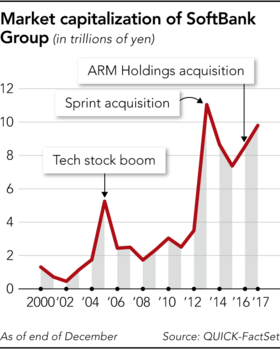 When Masayoshi was in elementary school, Mitsunori opened a cafe. When his father asked for advice on how to attract more customers, Masayoshi suggested offering free coffee. Mitsunori handed out vouchers for coffee to pedestrians, and sure enough the cafe was soon packed.

By the time Masayoshi entered junior high school, his father had built a comfortable life for his family.

Masayoshi made up his mind at a young age to become an entrepreneur, a dream his father could not fully pursue because he had to keep changing businesses to support his family. In the same way, Son now says he will keep changing SoftBank's business to ensure the company remains a dominant player in the information revolution.

Half a century after Mitsunori's heyday, SoftBank started Yahoo BB high-speed digital broadband services in September 2001. The launch of the service drew much attention, largely due to SoftBank's guerrilla-like strategy of having red-uniformed workers hand out free modems to pedestrians in shopping districts.

The younger Son also borrowed from his father's business playbook by selling smartphones for "zero yen" by bundling them with a service contract -- an approach his father might have described as "losing a fly to catch a trout."

AIMING HIGH From his boyhood, Son clearly remembers his father drinking and telling him: "I have been working to earn money to support my family's immediate needs, but that's not what I really wanted to do.

"Listen, Masayoshi. Unlike me, you must have high aspirations for life," Son recalls him saying. "Saying this, my father wept," he said, tears welling up in his own eyes at the recollection.

Yet despite all his son's success, in some ways Mitsunori still thinks of him as a boy.

"Masayoshi still has the immaturity of a junior high school student. He hasn't reached his full potential yet," Mitsunori said. "But he makes me believe that he really has a future. He keeps me entertained."

The tech mogul's vision for the future may seem fantastic, but the father who helped inspire it clearly believes it will one day become a reality.