NEW DELHI -- Starting out as an online bookseller more than eight years ago, Flipkart has transformed itself into India's largest e-commerce platform. Now, a recent top-level management rejig hints at what's to come.

Spearheaded by co-founders Sachin Bansal, 34, and Binny Bansal, 33, who are not related, the Bangalore-based concern is valued at around $15 billion, according to Venture Intelligence. It is widely regarded as one of India's most successful Internet companies.

Grabbing headlines is not uncommon for Flipkart, which controls 44% of India's online retail market despite stiff competition from Snapdeal, another Indian e-commerce platform, and the Indian unit of U.S.-based Amazon.com.

However, an announcement it made Monday caught the local business community unawares. Less than 10 years since they founded the company in 2007, the two Bansals have decided to reshuffle their jobs. Chief Executive Sachin has stepped down to take over as executive chairman, and Binny has succeeded him. The news has further fueled talk of an IPO. The co-founders, however, do not seem to be in any hurry, at least when it comes to going public. "I think [an] IPO will happen probably in next two to five years," Binny said in October, according to the PTI news agency, adding that he would be guessing as to when exactly the company might list.

A year earlier, Sachin had indicated there was no rush. The company's investors, he said, were "patient" enough.

The announcement early last week about the two's positions followed reports that Flipkart had posted losses of about 20 billion rupees ($295 million) in the financial year through last March, nearly triple the previous year's losses.

During the same span, its losses have also mushroomed. In the last fiscal year, Flipkart operated at a 20 billion rupee deficit.

Profitability, like going public is also not the company's top priority -- at least not yet.

The two Bansals have managed to raise over $3 billion from investors such as Accel India, Tiger Global, Steadview and Greenoks Capital since starting Flipkart. The latest injection, $700 million, came in late July, from Tiger, Steadview and others.

This unending slew of new money has allowed Flipkart to heavily invest in cementing its position as market leader without worrying about losses.

In each of the past two Octobers, Flipkart offered crazy deals to attract first-time customers. During the 2014 campaign, it even sold some devices for a rupee ($0.015), drawing flak from offline retailers. Flipkart does not disclose how it spends its money. Yet it is obvious a lot of cash is being poured into technology, supply chains and logistics -- everything needed for robust back-end operations.

"Since the day we started our company," Binny said in a 2014 interview, "we [have] always leveraged technologies in every aspect of our business and built all [our] infrastructure in-house."

Both Sachin and Binny, who do not hesitate to spend top dollar in hiring the best talent, are alumni of the Indian Institute of Technology, which has turned out top brains such as Reserve Bank of India Gov. Raghuram Rajan, Infosys co-founder Nandan Nilekani, Softbank President Nikesh Arora and Google Chief Executive Sundar Pichai.

Before the entrepreneurship bug bit them, the two computer science engineering graduates worked for Amazon.com in Bangalore -- Sachin for one-and-a-half years and Binny for less than a year. The two decided to quit their routine software engineering jobs and launch their own venture, given the expertise they had in technology, an asset that came in handy when it came to developing an e-commerce platform.

Though the two studied at IIT Delhi, they were not batchmates. An unfinished project once forced Sachin to stay back in the lab. Binny was in the same situation. They met and immediately hit it off. 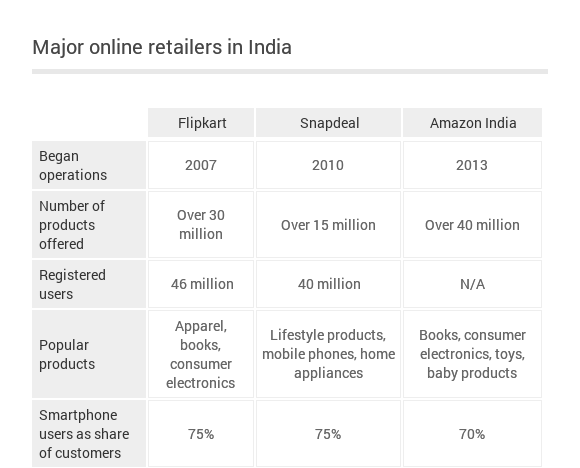 They started Flipkart in a small apartment with 400,000 rupees they had saved. They initially thought of getting into the comparison shopping business. Once they got started, they realized there were opportunities in e-commerce in India, which needed good online retailers.

According to Sachin, Flipkart went about differentiating itself from those that went before it in the country by being good at technology, providing quality service and being customer-focused.

The duo picked books as their first product category. "A book comes for as low as 100 rupees, so it's very easy for a customer to trust you with that first transaction," Sachin said in one of his initial TV interviews, adding that shipping and handling of books is relatively easy as they "don't break" and have long shelf lives.

There were hurdles. Online payment gateways were hesitant to do business with the new kid on the block. Book vendors and distributors also needed convincing. The Bansals often cite their early struggles. One anecdote has them standing outside bookstores to hand out Flipkart bookmarks -- but only to those who came out with books. This focused strategy paid off. Flipkart soon became India's largest online bookstore. In less than two years, it was selling "more than one book per minute."

Another game-changing tactic came in 2010, when Flipkart began accepting cash on delivery. This worked wonders. Despite being a nation of 1.25 billion people, India is a country of few credit cards. A little over half of all Indians, in fact, have a bank account. Flipkart is at a point now where it sees itslef selling goods worth up to $12 billion in the fiscal year through this coming March. That would be a big leap. Last fiscal year, it sold $4 billion worth of goods.

If you are wondering about those losses, according to the company, it hopes to recover them in two to three years.

Even though Flipkart has become the market leader -- it also controls 60% of India's mobile Internet retail market and has more than 46 million customers -- the Bansals are feeling heat from Snapdeal and Amazon, both of which are trying to grab a larger slice of India's booming e-commerce pie, which is estimated to grow tenfold to $100 billion by 2020.

Amazon, meanwhile, plans to invest $5 billion in India and is fast catching up in India's online retail market. It cited comScore, which provides analytics for the digital world, in saying it was India's most-visited e-commerce company in October.

With the reshuffle behind them, the two Bansals intend to enter the "next phase of the journey," during which, Sachin said in a statement, they will be working to prove that "India can produce a world-class Internet company that can outshine any global behemoth."

Sachin's new roles will include providing strategic direction, mentoring senior leaders and looking for new investment opportunities. He will retain the role of board chairman.

Meanwhile, Binny, the new chief executive, will be accountable for Flipkart's overall performance. The heads of all of Flipkart's divisions -- including the popular fashion portal Myntra, which the company acquired in 2014 for an estimated $300 million or so -- will report to him.

"Together we'll create magic," Sachin said on Twitter, signaling that the Bansals want to realize their dream of turning the company into a $100 billion enterprise. 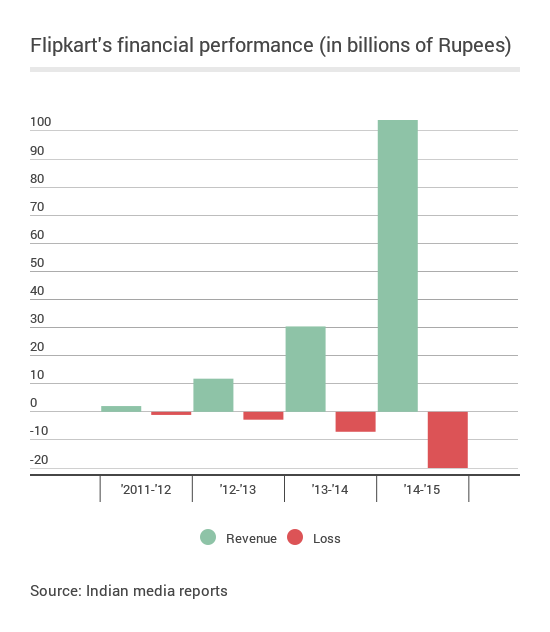 Despite the common belief that the two drew inspiration from Amazon, Sachin once told reporters that "our role model is Alibaba ... because the market, customers, thought process and income levels are similar here."

Prateek Srivastava, founder and chief executive of talent advisory firm Basil Advisors, who is being mentored by Binny, says Binny pushed him into entrepreneurship in 2013. Binny is a "quiet man who is not a meeting guy," he told the Nikkei Asian Review.

The Flipkart co-founder, whom he has known for the past eight years, is "action-oriented and doesn't beat around the bush," Srivastava added.

"So far, both co-founders [have been] looking more into the internal environment to build the business," said Arvind K. Singhal, chairman of consultancy Technopak. "Now, they have split the role between the two, where one [Sachin] manages the external matters and challenges, and [Binny focuses] on the business itself."

Sanchit Gogia, chief analyst at Greyhound Research, said the rearrangement of titles is "not extraordinary or shocking." It is a strategic move, "a new lease on life for Flipkart," he concluded.

"The journey ahead is equally exciting and challenging," Binny said. "We will continue to build a world-class customer experience, expand our supply-chain infrastructure to reach all parts of India, drive innovations in mobile commerce and bring in disruptive technologies."

To realize its $100 billion dream, Binny a chief executive with an engineer's spirit, will set the company's technology course. "We are talking about implementing intelligence to all systems across our value chain," he said.

Going forward, analysts say Flipkart cannot sit easy at No. 1. The situation -- with rivals going all out to catch it, with Internet penetration and smartphone use on the rise -- is too fluid. Flipkart will have to focus more on logistics for faster deliveries in remote areas as well as maintain an edge in discount wars as customer loyalty shifts from one e-tailer to another.

Some feel that only online shopping portals capable of absorbing losses into the hundreds of millions of dollars will be able to lead the pack in the years ahead.

Yet, the Bansal duo must turn Flipkart into a profit-making enterprise as soon as possible to continue enjoying their investors' backing. Its growth trajectory now depends on profitability, which will be a major challenge for new management.