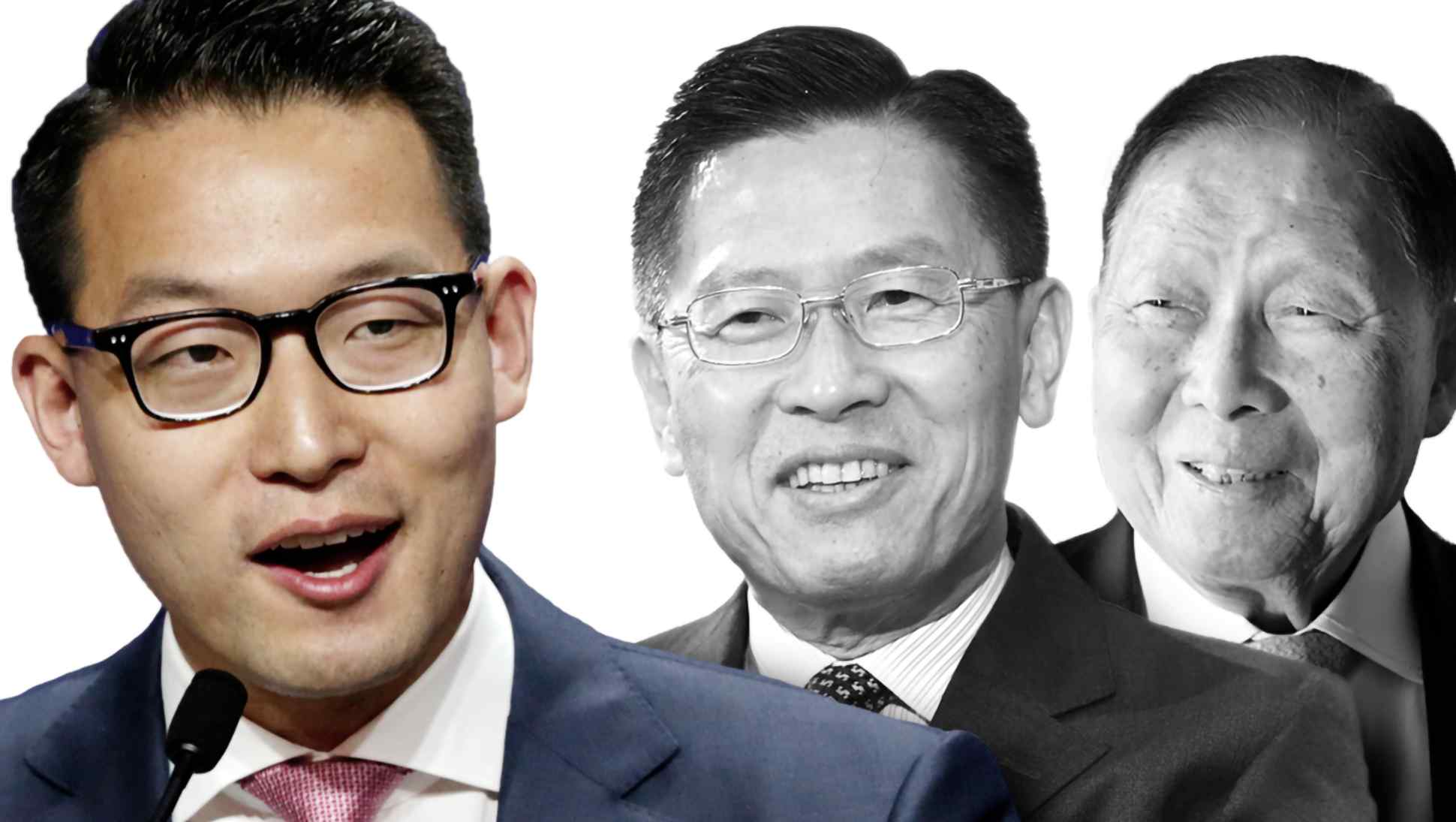 JAKARTA -- It was no secret that John Riady was being groomed to lead one of Indonesia's biggest family empires, but the 33-year-old wasn't expecting to get the call so soon -- certainly not while the group was confronting financial pressure and a serious scandal.

"It is not something that I had planned for," he said of the family's push late last year to make him CEO of property developer Lippo Karawaci, the heart and soul of the $8 billion Lippo Group conglomerate. His grandfather, founder Mochtar Riady, spoke with him. Then came his uncle, Stephen Riady. Finally, John's father, James Riady, made a pitch.

"It was just at home, we're quite casual about things," John recalled. "I took some time to think about it over New Year's."

Lippo Karawaci made the appointment official on March 12, pending shareholder approval at the company's annual meeting in April.

John could be forgiven for hesitating. Lippo Karawaci was hit with multiple credit rating downgrades over the past year or so, due to concerns about liquidity and its ability to service its debt. Bribery allegations involving four Lippo Group associates at its biggest development project -- the Meikarta township on the outskirts of Jakarta -- had also tainted the company's reputation.

He agreed to take the job despite the headwinds. "Transparency and governance, I think this will be very important going forward," he told the Nikkei Asian Review in an interview just after the company's announcement.

John's global education and experience offer hope that he might deliver on the promise of transparency. Born in New York, he graduated from Georgetown University and later obtained an MBA from the Wharton School of Business and a juris doctor from Columbia University's law school.

Most recently, he headed Lippo's efforts to go digital and spearheaded the creation of e-payment platform Ovo. John was instrumental in catapulting Ovo into the top tier of Indonesia's crowded e-money market, splitting the pie with ride-hailer Go-Jek's Go-Pay platform. A source close to the company said Ovo now qualifies as a unicorn, or a private company worth over $1 billion.

At Lippo Karawaci, however, John will have to steer a troubled company in a market that is very different to e-commerce.

Lippo Karawaci's heavy borrowing in U.S. dollars -- around 90% of its debts are in the greenback -- also became cause for concern as the Indonesian rupiah fell to a 20-year low against the dollar last year.

At least, John should have a cleaner financial slate, thanks to a $1 billion funding plan. Lippo Karawaci is looking to raise $730 million in a rights issue underwritten by the Riady family, while a further $280 million is to be raised by selling assets.

Just over half the funds will go toward shoring up the company's finances. It has launched a tender offer to buy back up to $150 million of its dollar debt due in 2022 and 2026. Another $125 million is earmarked for repaying other debt that comes due within the next two years.

"What we have announced is a comprehensive solution to address the many challenges," John said. "This addresses the liquidity issue [and] it vastly strengthens our balance sheet."

The incoming money will also be used to "complete with certainty" ongoing projects, including a $200 million investment in Meikarta, which has been deconsolidated from Lippo Karawaci's books.

Felicia Barus, an analyst at Citigroup, wrote in a report: "We believe [Lippo Karawaci's] funding plan, revitalization plan and revamped leadership team should improve investors' confidence and the company's brand image for its buyers." 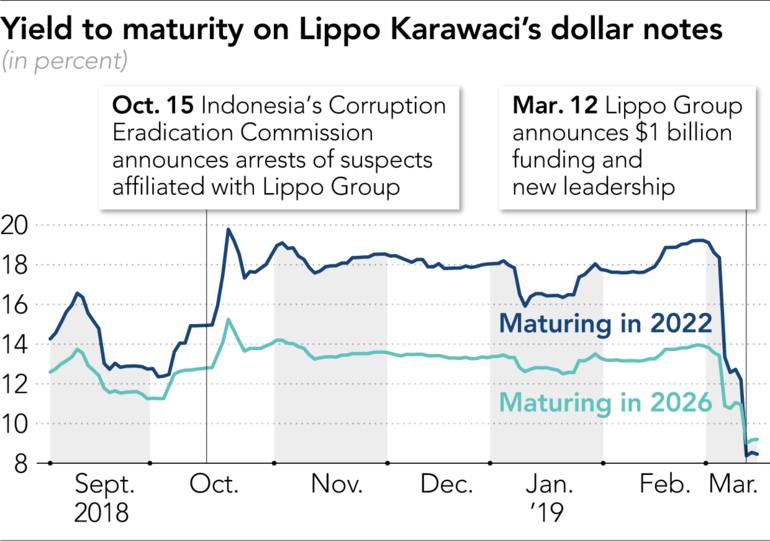 With John at the helm, the developer will focus on three sectors -- urban housing, health care facilities and "lifestyle malls," or shopping centers with leisure attractions. The new boss sees these areas as the ones "that can move the needle, can give us the scale and returns" to shareholders.

He still has high hopes for the $21 billion Meikarta development, which Lippo has touted as Indonesia's answer to China's Shenzhen. The group's biggest project yet features condominiums and offices along with malls, schools, medical facilities and hotels. The township is to be home to 1 million residents and marks a shift from high-end properties to more affordable housing for the country's rising middle class.

The project has been plagued by a series of allegations, ranging from incomplete permits to unpaid advertising bills and sales representatives' salaries. The biggest bombshell came late last year when four people affiliated with Lippo Group were arrested on suspicion of bribing local officials by promising 13 billion rupiah ($914,000) in "commitment fees."

Billy Sindoro, a group executive caught at the time, was sentenced to three-and-a-half years in prison by the Bandung Corruption Court in early March -- a shorter sentence than what the Corruption Eradication Commission, or KPK, was demanding. The three others were also sentenced to jail time, while Sindoro and the KPK have both launched appeals.

"If you put aside the noise around Meikarta, and I think there is a lot of misunderstanding there, the fundamental business case is very strong," John insisted.

"At [Meikarta's affordable] price point, we're allowing many people to have access to housing, and we make good money," he said. "It is a good return for the company, for shareholders. We will continue to do that. Meikarta, in some sense, is a proof of concept and we look forward to replicating that across different parts of Indonesia."

John does appear to have a shot at winning over investors again.

While the company's share price fell to a nearly 15-year low after the announcement on March 12, reflecting the discount price of the planned rights issue, yields on the developer's dollar notes set to mature in April 2022 have fallen nearly 4%, while those due in October 2026 have fallen by nearly 2%.

Moody's reaffirmed its B3 rating on Lippo Karawaci but changed its outlook to stable from negative, based on expectations "that liquidity at the holding company level will improve following its rights issue, such that Lippo Karawaci will have sufficient cash to fund its operating cash needs and service its debt obligations over the next 12-18 months."

Still, Moody's noted that the $200 million investment in Meikarta is a "credit negative because the holding company's partial ownership of the project limits its ability to access funds in their entirety." Since the project is in a growth phase, the agency said operating cash flows are expected to remain negative "over the next three to five years." 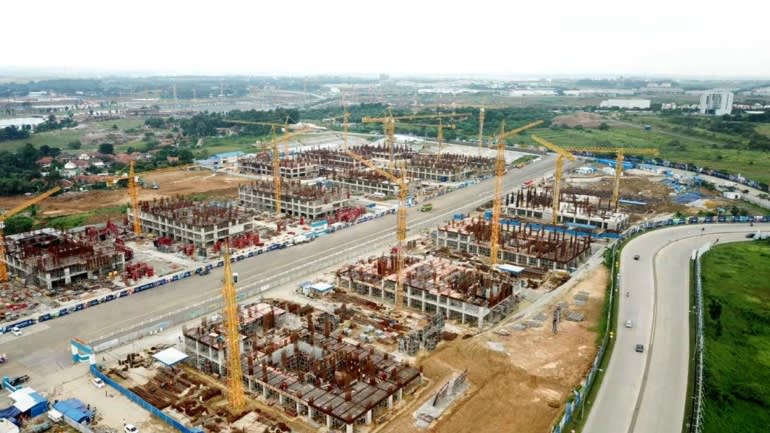 John's appointment is intended as a message to the market. Until now, Mochtar has generally insisted on keeping ownership separate from management and refrained from naming family members to the boards of core companies. Putting a family member front and center at Lippo Karawaci "does reflect, and hopefully the market sees that, the commitment of the family" to right the ship, the incoming CEO said.

He is replacing Ketut Wijaya, who has held several executive positions at Lippo Group's other companies. Lippo will complement John's lack of experience in the property sector by having his uncle Stephen -- a real estate veteran -- serve as one of the company's commissioners.

But the conglomerate's issues are not confined to the property business. Two Lippo Group internet affiliates were stripped of their 4G licenses late last year over unpaid fees, putting yet another dent in the group's reputation.

Will making a young, U.S.-educated princeling the new face of Lippo help undo the damage?

"In the past, we have been very growth oriented," John said. However, he added, it is also crucial to "execute [projects] equally well" and to "maintain and nurture the trust" of the group's 60 million customers -- in other words, Indonesia's middle class.

When he speaks about what Lippo ought to be, he could easily be mistaken for a startup founder, rather than the heir to a conglomerate established in the 1950s. "I think today's millennials, today's youth, work because they want to be part of a cause," John said. He wants Lippo to become a place young people "would love to work." He wants them to say, "It's a place where I'm challenged, where I grow, where I'm taken care of."

John sees a few ways to achieve that.

"I think we need to do a better job of communicating [our] vision, about serving that Indonesian middle class and allowing them to have a better life because of what we do," he said.

He also thinks the conglomerate needs to be more open to partnerships and more attuned to consumer needs.

"More than ever, in the digital world today, you cannot be a closed ecosystem," he said. "I'm a believer in open ecosystems. Our businesses, sure, our cities, townships, malls, assets give good captive business. But I think it should be an open ecosystem."

Ovo is a product of this philosophy. Rather than try to go it alone, John brought in Singaporean ride-hailer Grab and Indonesian e-tailer Tokopedia -- both unicorns -- to help the platform grow. Grab is an investor in Ovo.

"We live in an open world. If you don't provide a person with the best thing he or she wants, they open their phones and it is one click away." Synergy between group businesses is key for Lippo, but he thinks "it is important that ultimately it is focused on the customer."

As his grandfather might warn him, however, customers aren't everything.

Before Ovo, John was in charge of MatahariMall.com, an e-commerce platform for women's fashion. The site generated a lot of hype when it launched in 2015, but it struggled to attract users while rivals such as Tokopedia and Bukalapak zoomed ahead.

"I told John, 'You made a big mistake, because you always think about buyers but you never think of sellers,'" Mochtar told the Nikkei Asian Review last year, referring to consumers and merchants. "That was your mistake."

John made up for his misstep with Ovo, but he will have little margin for error atop Lippo Karawaci.