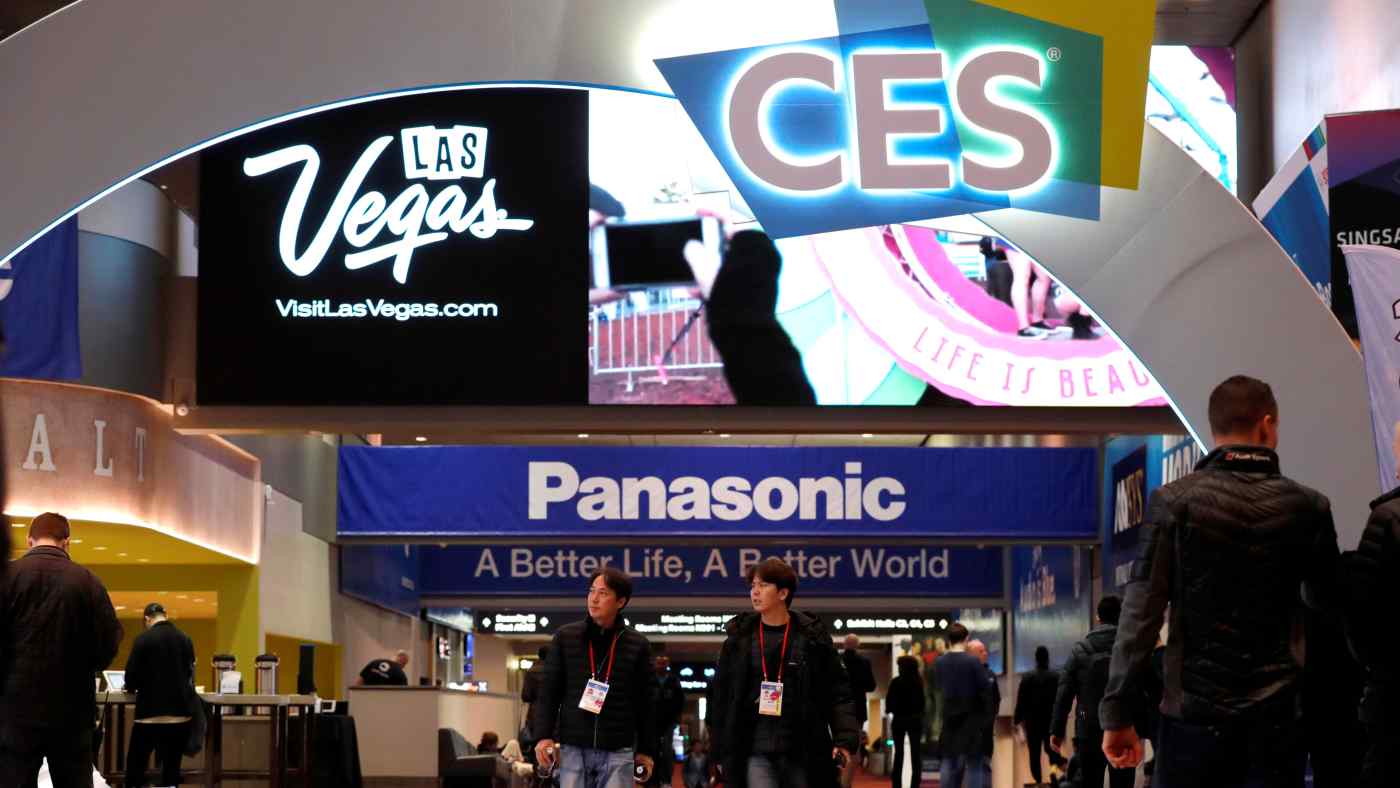 5G connectivity and artificial intelligence-enabled devices are expected to drive growth, according to CTA. The organizers also offered a note of caution, however, saying "any escalation in the trade dispute with China and expansion of tariffs would likely present significant headwinds to CTA's forecast."

Lured by the potential growth and seemingly undeterred by trade tensions, more than 200 companies showed off smart mirrors, wearable devices for dogs and other gadgets at CES UNVEILED, a preview event held ahead of the official start of CES 2020 on Tuesday.

South Korea's lululab, a spinoff of Samsung Electronics' incubation program C-lab, invited visitors to sit in front of a smart mirror that analyzes the condition of their skin. The mirror can also connect with and adjust beauty devices, and inform users about external conditions such as humidity and ultraviolet ray levels. It will hit the U.S. market this summer for under $3,000, the exhibitor said. 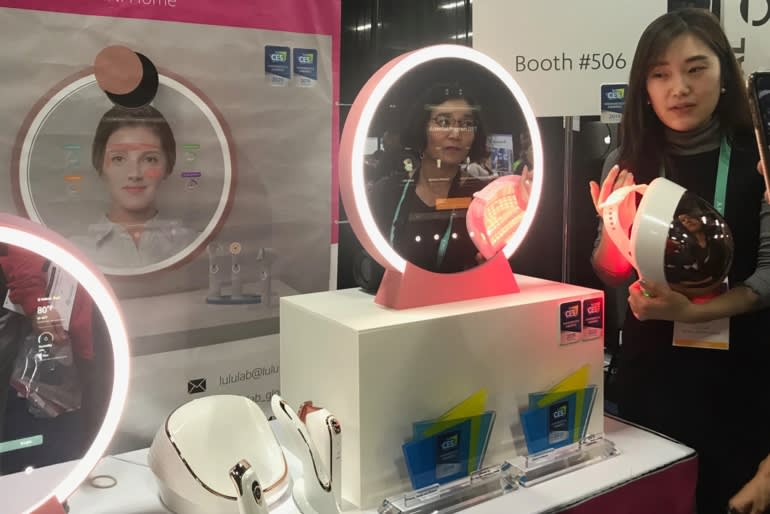 In the home solutions segment, Singapore's igloohome -- founded by Airbnb hosts in 2015 -- displayed smart locks that can be opened with Bluetooth keys, RFID or other means and provide owners with activity logs. Japan's mui Lab showcased a wooden touch screen smart home controller, and a wooden smart height measuring board.

There were also wearable products on display. Japan's Langualess displayed a wearable device for dogs that, according to the company, displays their emotions, such as relaxed, interested, happy or excited. Langualess said it will launch a crowd funding campaign in the U.S. this year.

Amid the U.S.-China trade tensions, RoboSense and Fujian Nanping Nanfu Battery were among the few Chinese companies exhibiting at the event. RoboSense showcased its light detection and ranging (LIDAR) product for autonomous driving, with its own AI processing algorithm to identify objects such as cars, trucks and humans. Fujian Nanping Nanfu Battery showcased a rechargeable AAA-size battery. 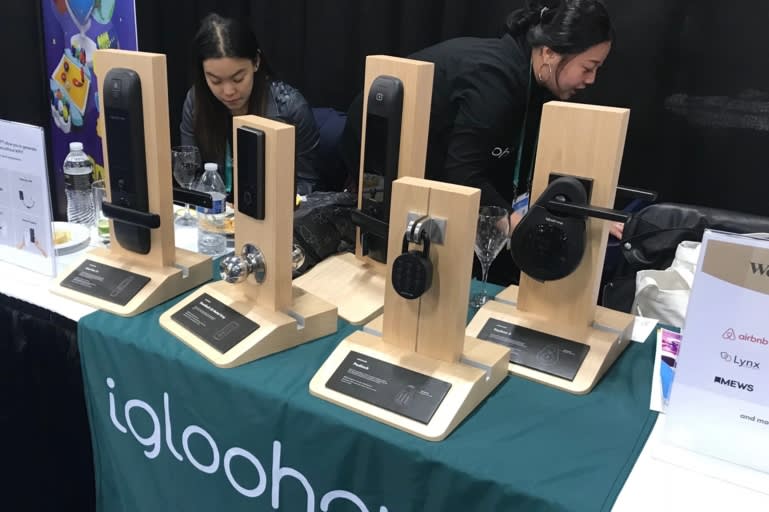 Opinions were divided on whether attendance at the first official event of the CES was down compared with last year. Overall attendance seemed lower, according to one participant. Some thought there were fewer Chinese participants, who made up the biggest segment after those from the U.S. at CES 2019, but others said it was too early to tell.

Political issues aside, CES has become "far more commercialized and less industrial," according to a computer systems developer who has attended the event around eight times. He said that while CES appeals to a wider general audience now, it no longer features the kind of industrial products that impact people's lives.