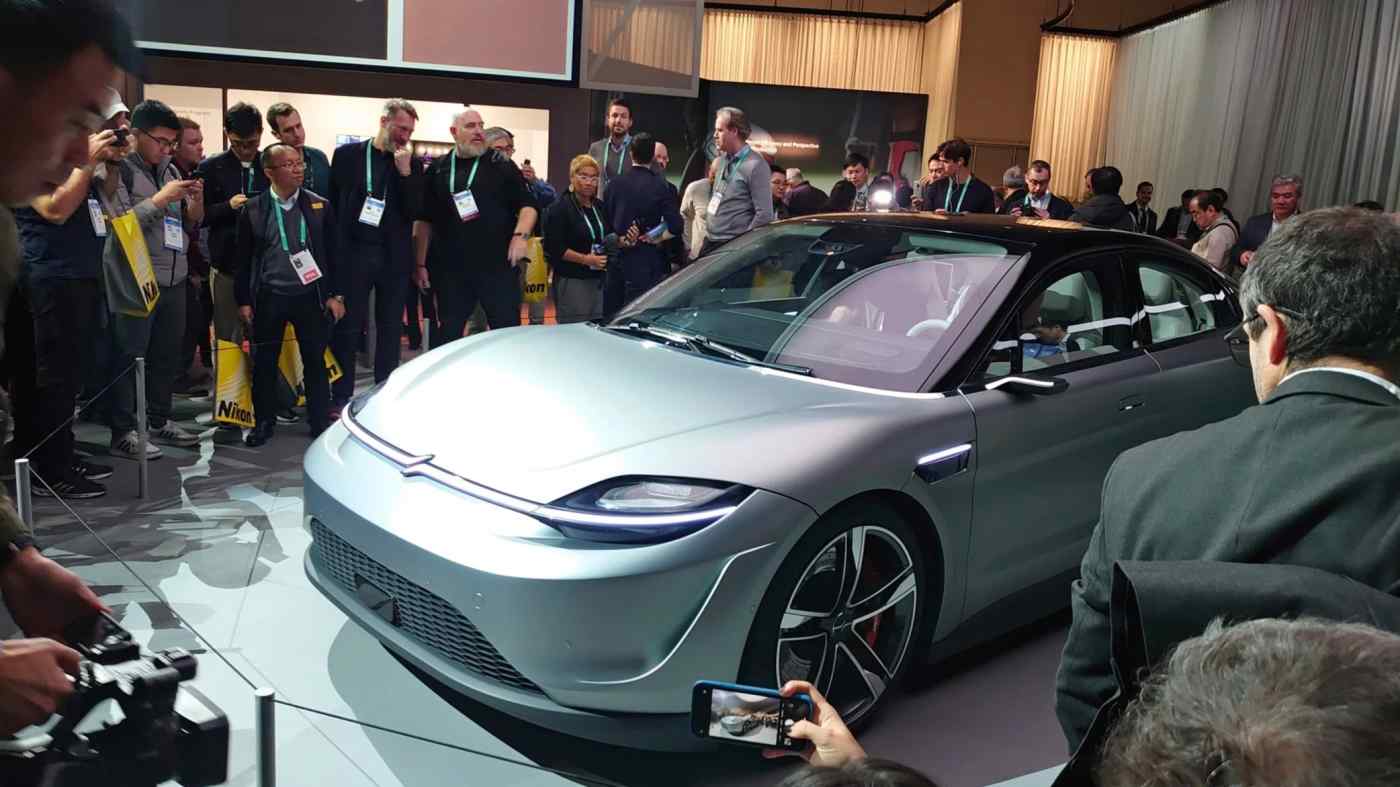 LAS VEGAS -- Sony surprised many this week by unveiling a fully electric autonomous vehicle that attempts to blend the Japanese manufacturer's strengths in technology and entertainment.

The Vision-S drew crowds here at this year's CES, the world's largest consumer electronics expo, with people asking when the car would go on sale.

Sony has no immediate plans to put the Vision-S on the market. The vehicle will instead serve as a test platform for the company's image sensors -- a technology in which Sony holds a leading global market share --  and as a potential recruitment banner for tech talent.

The car provided another example of how the boundaries of the auto industry are fading. While Sony was showing of its concept, top Japanese automaker Toyota Motor was touting a design for a smart city featuring household robots.

An Audi executive praised the Vision-S for its sleek design. This person expressed a love for Sony's brand but would rethink that position if the company becomes "a rival."

A representative from Chinese electric-vehicle startup Byton, which showed off a car with a similar focus on onboard entertainment, says the company and Sony were both "moving in the right direction." 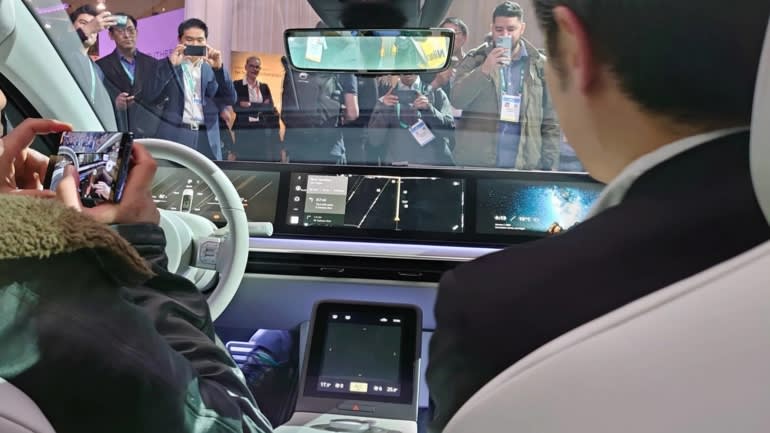 Designed by the team that developed Sony's Aibo robot dog, the Vision-S relies heavily on off-the-rack components. Bosch, Continental and other equipment makers supplied parts, and the frame was built by Austria's Magna Steyr.

Semiconductors for the car are supplied by U.S chipmakers Qualcomm and Nvidia. California startup Here Technologies cooperated on mapping, while Blackberry assisted with software development.

For Sony, the "foray into mobility is very meaningful," said Izumi Kawanishi, the senior vice president who led the Aibo project and now heads the Vision-S effort.

"Cars are a personal space," Kawanishi said. "We applied the user experiences that Sony offers."

A smartphone unlocks the car and activates exterior lights from the front bumper to the doors. Sitting in the driver's seat puts the user in front of three dashboard displays, with the middle one showing the navigation. Monitors are also installed for the rear passenger seats.

The highlight was the sound system, which features speakers installed in the headrests. Front speakers join in to provide 360-degree audio under a glass roof.

The car operates under so-called Level 2 autonomy, meaning it can steer, accelerate and brake on its own in certain circumstances. The driver is largely responsible for lane changing and other maneuvers.

The vehicle's "eyes" consist of 33 sensors, including image sensors and laser sensor for judging distance. Artificial intelligence and cloud software enable the car to recognize what it sees.

Sony is not just trying to transform cars, but also itself. Although the company has turned in record annual profits for two consecutive years, it is on the hunt for a new growth business.

To do that, Sony needs to recruit the top talent often lured by big U.S. tech giants and their deep pockets. The foray into cars may be intended as a workplace where innovation happens.

When asked if Sony is working on a successor project to the Vision-S, President Kenichiro Yoshida maintained an air of secrecy.

"Even if there is one I cannot say, but we hope to continue doing things that have an impact on society," he said.