Thaksin and Yingluck surface in Vegas with DNA startup 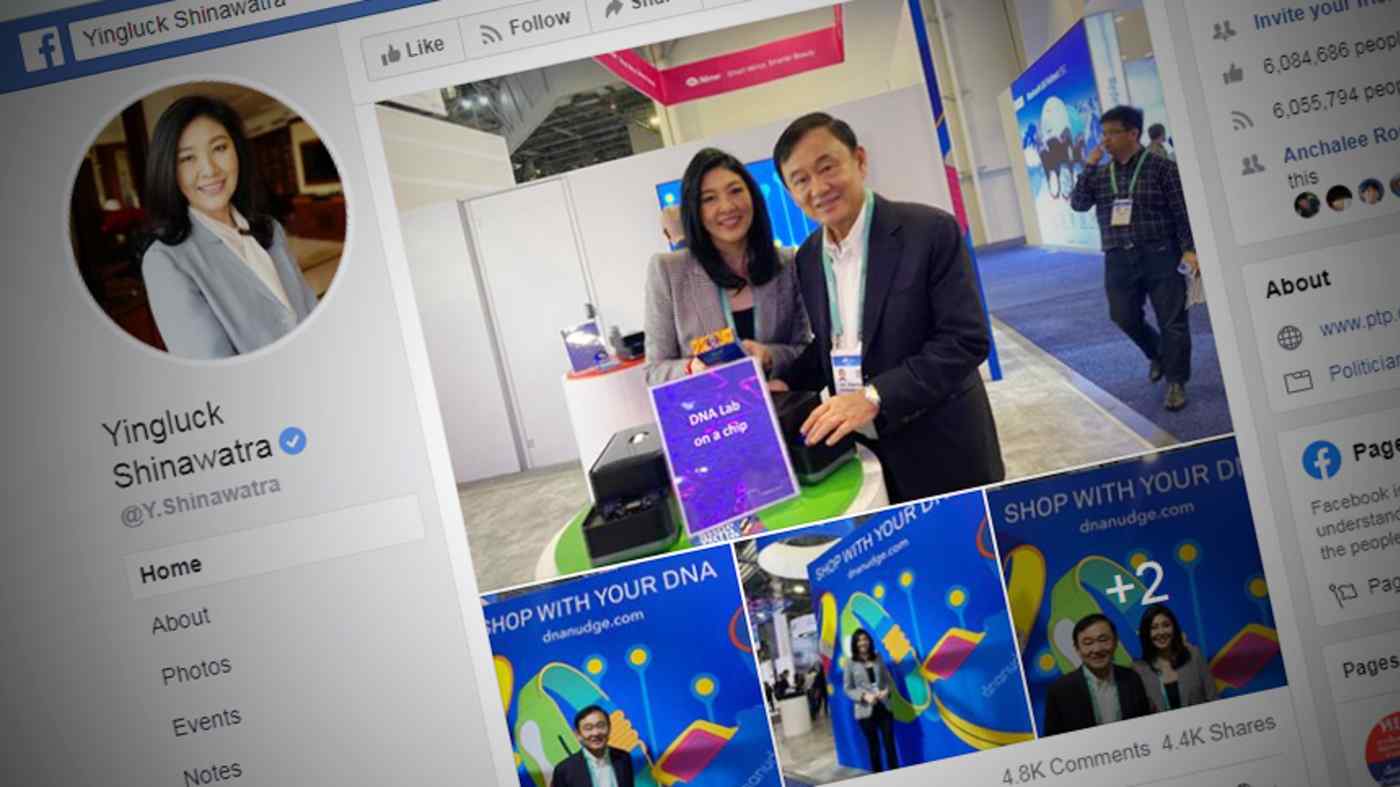 The siblings, who are wanted in Bangkok on convictions stemming from their time in office, normally keep a low profile. But they attended the CES 2020 electronics show to hawk a DNA nutrition kit that provides eating tips via a wearable device and a smartphone app.

The DnaNudge product, which is available in upmarket British supermarket Waitrose, is sold online for 120 pounds sterling ($160). "To stay healthy, we must eat food as medicine to avoid having medicine as food in the future," Yingluck wrote on her Facebook page as part of the promotion.

The brother and sister have dabbled in business since they were ousted from power and went into exile in 2008 and 2017, respectively. Thaksin emerged early last year as a potential buyer of English Premier League soccer team Crystal Palace. Yingluck reportedly used a Cambodian passport to set up a company called P.T. Corp. in Hong Kong, which was incorporated in August 2018.

Mostly, though, they have avoided the limelight. So their decision to visit the world's largest tech expo this week raised some eyebrows about their motives.

Coincidentally or not, Thaksin and Yingluck turned up just as Thailand anxiously awaits a Constitutional Court verdict that could force the disbandment of the Future Forward Party -- the second-largest opposition group after the Pheu Thai Party, which Thaksin founded.

Thailand is also readying for a mass rally this weekend in which thousands of people are expected gather to "run against the dictatorship" in an unusual joggers' marathon. "This is not political," DnaNudge CEO Chris Toumazou told the Nikkei Asian Review about the new business. "In terms of [Thaksin] as a businessman, everywhere else in the world accepts him, so it is not a problem."

The startup opened its first store in London in November. Toumazou declined to say how much the Shinawatras had invested, out of DnaNudge's total fundraising of 30 million pounds.

He did reveal that Thaksin introduced Thailand's duty-free monopoly King Power and largest conglomerate Charoen Pokphand Group as investors. Toumazou said DnaNudge will work with the two companies to launch products in Thailand this year, while also looking into expansion in China and Japan.

"Today my brother and I are here at [CES 2020] launching our business we invested [in] and just launched in London during the end of last year," Yingluck posted on Facebook, alongside smiling photographs of herself with her brother at the CES booth, which they manned on Tuesday and Wednesday.

Even so, wherever the two former leaders go, political speculation inevitably follows them close behind.

In the most recent general elections last March, Pheu Thai, the party that Thaksin created, won 136 out of 500 lower house seats, becoming the single largest party in the chamber and the leader of the opposition coalition.

In an exclusive phone interview with the Nikkei Asian Review the day after the elections, Thaksin presciently warned that Thailand's hopes of restoring democracy would be in jeopardy if the next government was led by a proxy of the junta that ruled from 2014 to 2019. 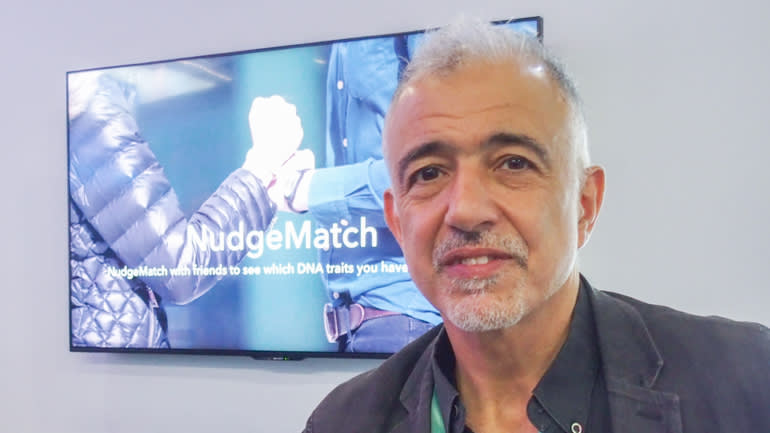 Thaksin has plenty of money to throw at business ventures, even after the Thai government froze and later seized assets worth 76 billion baht ($2.5 billion). The former prime minister still has a net worth of $1.9 billion, according to Forbes.

After amassing a fortune in the telecom industry in the 1980s and 1990s, as the founder of top mobile operator Advanced Info Service, Thaksin served as prime minister from 2001 to 2006. He was ousted in a military coup.

After consolidating his business interests and selling them to Singapore's Temasek Holdings, and before his conviction for abuse of power, he departed Thailand to attend the opening ceremony of the Beijing Olympics in 2008. He never returned.

Thaksin now spends most of his time in Dubai, and appears to be on the hunt for new opportunities. This led him back to Toumazou, a fellow telecom industry veteran who holds 80 patents in consumer health care and microchip technology. The men met through American biotechnologist and entrepreneur Craig Venter, who used to be Thaksin's scientific adviser.

"Mr. Thaksin and I worked together in the telecoms area" during his term as prime minister, Toumazou said.

Five years ago, they started talking about the health business. "The important thing for him and me was to look at prevention instead of cure," he said. "[Thaksin] realized that in Asia, there is a big problem with obesity and diabetes."

Yingluck, for her part, led Thailand from 2011 to 2014, only to be ousted like her brother. She was later put on trial for dereliction of duty over a rice subsidy scheme she pushed while in office. She escaped the kingdom before being found guilty and sentenced to five years in prison.

Years after they fled, the Shinawatras still have the backing of many Prayuth opponents, and are especially popular among poor farmers of the north and northeast who benefited from their agricultural policies.