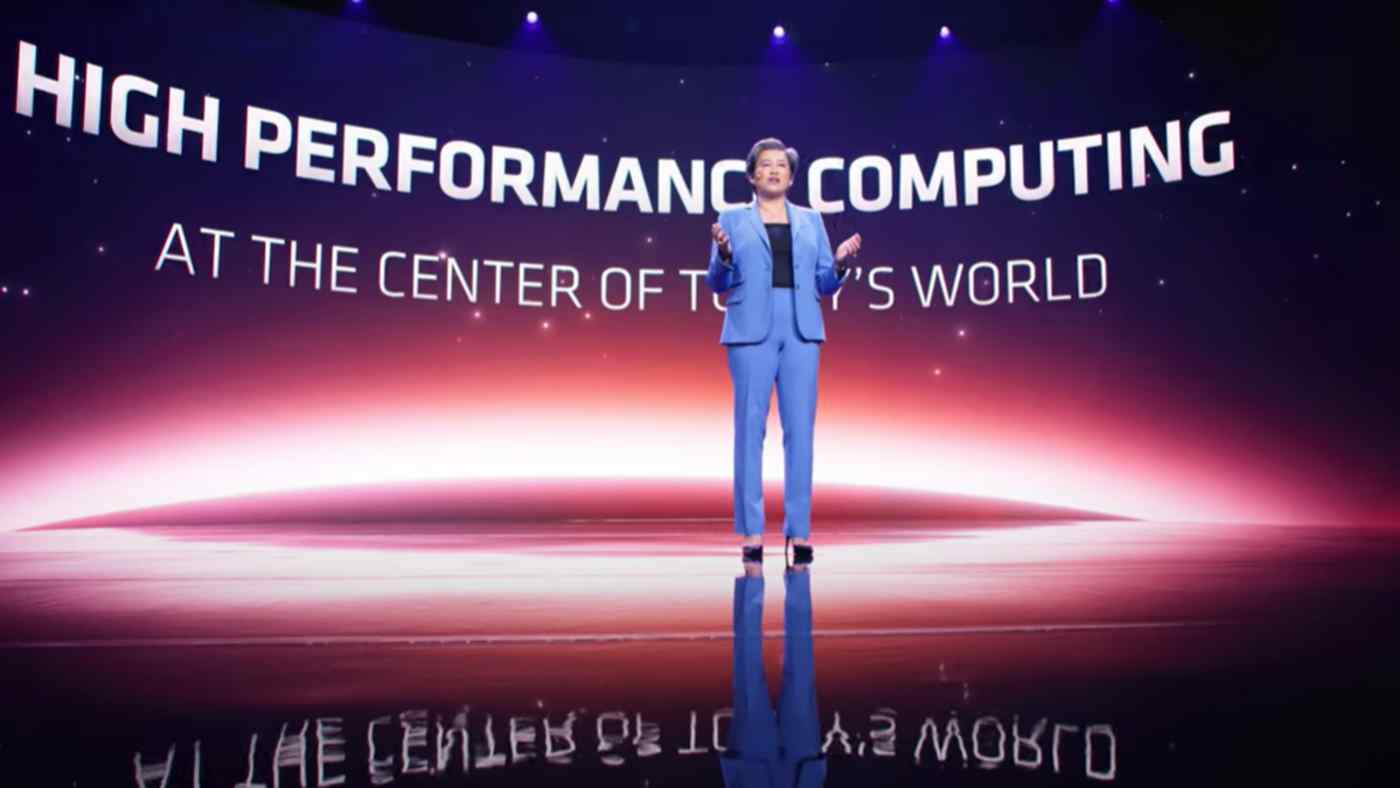 Speaking at the CES electronics event, AMD CEO Lisa Su hinted that the company's latest generation of server chips would surpass those made by Intel.

Some of the new AMD products will become available as early as next month, Su said, in the latest move in the two chipmakers' fight for customers.

Microsoft and some of Intel's other close longtime partners -- which the industry once collectively called the "Wintel" ecosystem -- joined Su's keynote speech to show their support for AMD and hinted more products powered by AMD chips will be introduced this year. Also present were the CEOs of the world's two biggest computer builders, Lenovo Group and HP.

The CEO said 2020 has been AMD's most productive year, as the pandemic accelerated digital transformation. "AMD pushes the envelope on high performance computing across the cloud infrastructure and personal computing."

Bryant introduced four new processor families on Monday, all using 10-nm tech, that will power laptops and desktops, including cost-effective educational computers. "Only Intel has the breadth of products spanning multiple architectures; the large, open ecosystem; sheer scale of manufacturing footprint; and deep technical expertise customers need to unlock opportunities in this era of distributed intelligence," the executive said.

Nanometer size refers to the line width between transistors on a chip. The smaller the line width, the more advanced the chips are, and thus more challenging to develop and produce.

Intel is under pressure to get its production technology on track. AMD has gained a significant market share over the past two years as its rival grappled with delays in the development of cutting-edge chip production technology. AMD's share of the global market for notebook processors increased to more than 20% in 2020, from only around 11% in 2019, research firmTrendforce told Nikkei Asia, while Intel's share dropped from nearly 88% to 78.5%.

Intel's share will continue to slip to 68.6% for 2021, according to a forecast by Trendforce, as Apple, one of its key chip buyers, has started using self-designed CPUs. AMD, on the other hand, could still grow slightly to 21.7%, the forecast said.

Intel hit a chip production bottleneck in the second half of 2018 that lasted through 2019 and caused an industry-wide shortage of computer microprocessors. The shortage forced many computer builders, including HP, Dell, Asustek Computer and Acer, to turn to AMD's offerings, which were previously considered less competitive than Intel's in terms of performance.

Unlike Intel, which designs and produces most of its own chips, AMD relies on other companies to manufacture chips to its designs. Around 2018, it began outsourcing production of its high-end processor chips to Taiwan Semiconductor Manufacturing Co., the world's biggest contract chipmaker and the sole supplier of processors for Apple's iPhone and its in-house Mac processors. The decision to switch to TSMC as a supplier at a time when Intel was struggling was viewed by many market watchers as a turning point for AMD in its push to erode Intel's market share.

AMD'S most recent processor chip series for notebooks, unveiled last year, all use TSMC's 7-nm process technology, the same technology as for the iPhone 11 processor.

Intel confirmed last July that delays have again hit the company, putting development of its next-generation 7-nanometer process production technology even further behind schedule. Intel said at the time it would need to seek a contingency program to outsource some chip production to offset the impact.

AMD's Su said in an earnings call in October that her company had gained market share in the CPU segment for 12 straight quarters. "More than 105 AMD-based notebooks have launched in 2020 as we expand our presence in segments like gaming, commercial and education, where we have traditionally been underrepresented."

AMD has announced it would buy Xilinx, a leading programmable chip developer. Intel acquired Xilinx's peer Altera in 2016. Xilinx and Altera, both of the U.S., specialize in developing field-programmable gate array, or FPGA, chips that are crucial in space technology, aviation and base stations, as well as artificial intelligence computing, a key area in which the U.S. still maintains a major edge over China.

"We've seen this trend of AMD's chip offerings being adopted due to Intel's component shortage. This trend will last for at least two years because that is about the length of the product cycle," Joey Yen, an analyst with IDC, told Nikkei Asia.

AMD is also gearing up to improve its customer services, which had lagged those of Intel, according to Yen.