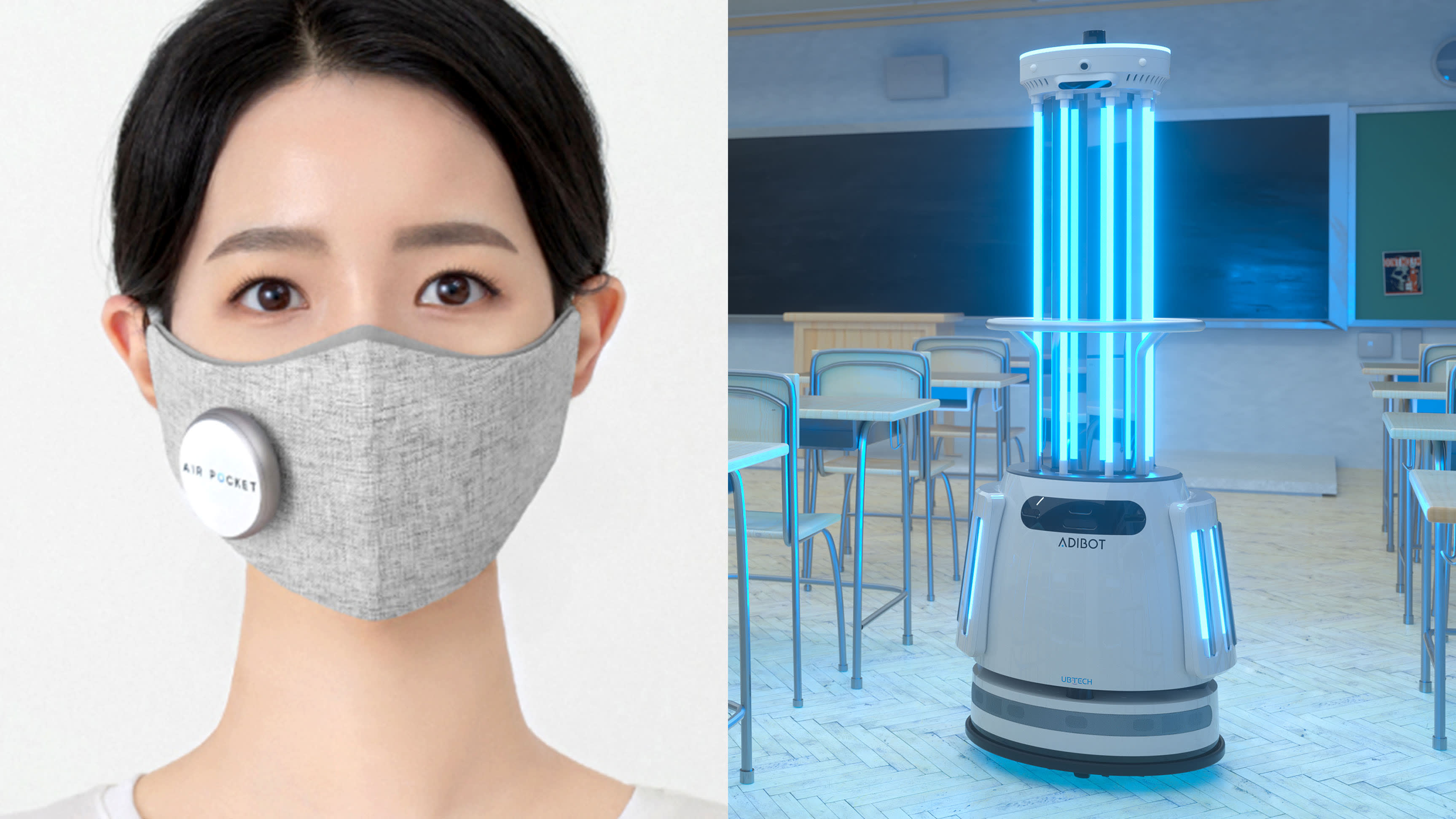 TOKYO -- As COVID-19 continues to rage across the world, Asian startups are eager to show how technology can help users to manage life in a prolonged pandemic.

Health tech, such as wearable devices that can monitor a user's health conditions, were already a trend before coronavirus struck. But in this year's CES, the world's biggest consumer electronics and technology expo, which was held entirely online instead of in Las Vegas this week, startups took those concepts a step further by showcasing new products that will make life under the shadow of COVID-19 easier.

Japanese startup Wota unveiled Wosh, a portable machine that uses sensors and artificial intelligence to filter and dispense clean water for hand-washing. Since it does not require a connection to water mains, it can be placed at the entrances of restaurants, supermarkets and theme parks. The product has racked up 4,000 orders in Japan since it came to market in July, and Wota plans to launch it in the U.S. later this year, said a company executive.

Founded in 2014 by University of Tokyo students, Wota applies the concept behind water circulation systems in space stations to create automated water infrastructure using affordable materials. Its earlier products were used to build shower tents in regions hit by natural disasters, but COVID-19 inspired the company to work on a more compact product.

Conventional hand washing stations come with water tanks that need to be replaced manually and frequently, resulting in high maintenance costs and risk of infection. Wosh is roughly the size of a barrel and weighs about 80 kilograms. Each costs about 1.5 million yen ($14,400).

iWavenology, a spinoff from National Taiwan University, presented products to help workers maintain social distancing. Among them is the iDistance, a card-shaped device that can be worn around the neck and uses ultra-wideband signals to detect locations. It will light up or send an alert if the distance between two devices breach a prefixed distance.

Ultra-wideband signals can measure distances more accurately than Bluetooth, the standard used for most contact tracing apps, said Shau-Gang Mao, an NTU professor who founded iWavenology last year. Mao said the product has already been used at an elderly care facility in Taipei, and has received orders from factories across the U.S., UK and India. Each device costs as low as $50 depending on the size of the order.

"The COVID pandemic will change daily life," Mao said. "Even if we go back to work, we will try to keep a safe distance with each other." China's UBTech Robotics showcased disinfection robot Adibot, which uses ultraviolet light to disinfect surfaces. The robot can be stationed in classrooms, hotels or at hospitals, and the high-end models come equipped with cameras and sensors allowing them to move autonomously. UBTech, backed by Tencent Holdings, has already developed robots that can take temperatures and are deployed in hospitals and department stores.

In the U.S., the price of Adibot's stationary model is $20,000 each while the model with autonomous features costs $40,000. There are regional differences in pricing. Air Pocket is developing a mask that allows users to adjust its oxygen concentration. (Screenshot from CES' website)

Many of the products target enterprise customers, but some target individual consumers. Air Pocket, an in-house venture incubated by South Korea's Samsung Electronics, showcased prototypes of products that can store and release high concentrations of oxygen.

The average oxygen concentration on Earth is 21% but that level can drop significantly in certain environments, including when wearing a mask during exercise, according to Samsung. In addition to portable bottles, Air Pocket is developing a mask that allows users to adjust its oxygen concentration.

While some of the startups are still small with only a few employees, governments are keen to cultivate such companies to compete overseas. iWavenology, for example, was one of more than 100 projects that received support from the Taiwan government to showcase their products at CES. Similar initiatives were taken by Japan and South Korea's capital Seoul.