TOKYO -- While tech hounds were waiting to snap up the first iPhone X batch on Nov. 3, another lengthy line formed along a quiet street in Tokyo's trendy Harajuku district.

Canada Goose, the brand of pricey but popular down jackets, was opening its first flagship store in Asia. Some 150 shoppers gathered outside, ready to rush in once the doors were unlocked at 11 a.m.

For a stagnating Japanese apparel industry, there may be lessons here.

Few hesitated to drop the 100,000 yen ($888) Canada Goose charges for the typical jacket: On opening day, the store sold one every 90 seconds.

One 22-year-old college student arrived outside the store at 6 a.m., after a journey of some 360km from the northeastern city of Sendai, Miyagi Prefecture. It gets chilly there, and Canada Goose jackets are designed to stand up to frigid Arctic temperatures. 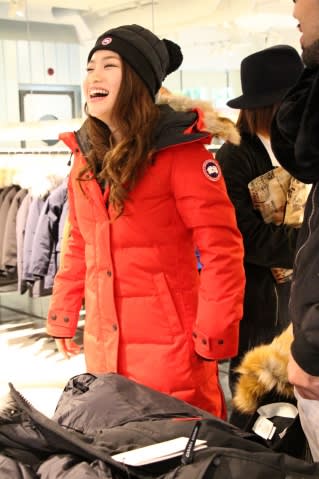 A customer tries on a Canada Goose jacket at the new store.

Sazaby League, the same retailer that brought Starbucks to Japan in 1995, is now the sole distributor of the Canadian coat brand. Canada Goose signed an agency contract with the company in 2015, hoping to take advantage of its marketing expertise.

Previously, Canada Goose jackets could be found at some 680 locations across Japan -- mainly department stores and select shops. The brand reviewed its strategy with Sazaby and narrowed down the network to about 400 stores that are consistent with its concept. For the flagship, the partners chose to set up shop not in a department store or the bustling Ginza district but on a Harajuku backstreet.

Other Japanese fashion groups, like Onward Holdings and Sanyo Shokai, may be looking on with envy as Canada Goose rings up sales. Not unlike the Canadian brand, these established companies focus on selling mid- to high-priced products. Yet they have suffered prolonged sales slumps.

Japan's apparel market was valued at 15 trillion yen in 1990, during the economic bubble era. The figure fell to 10 trillion by 2010 and has since remained roughly flat. Some major apparel players have been forced into large-scale restructuring. 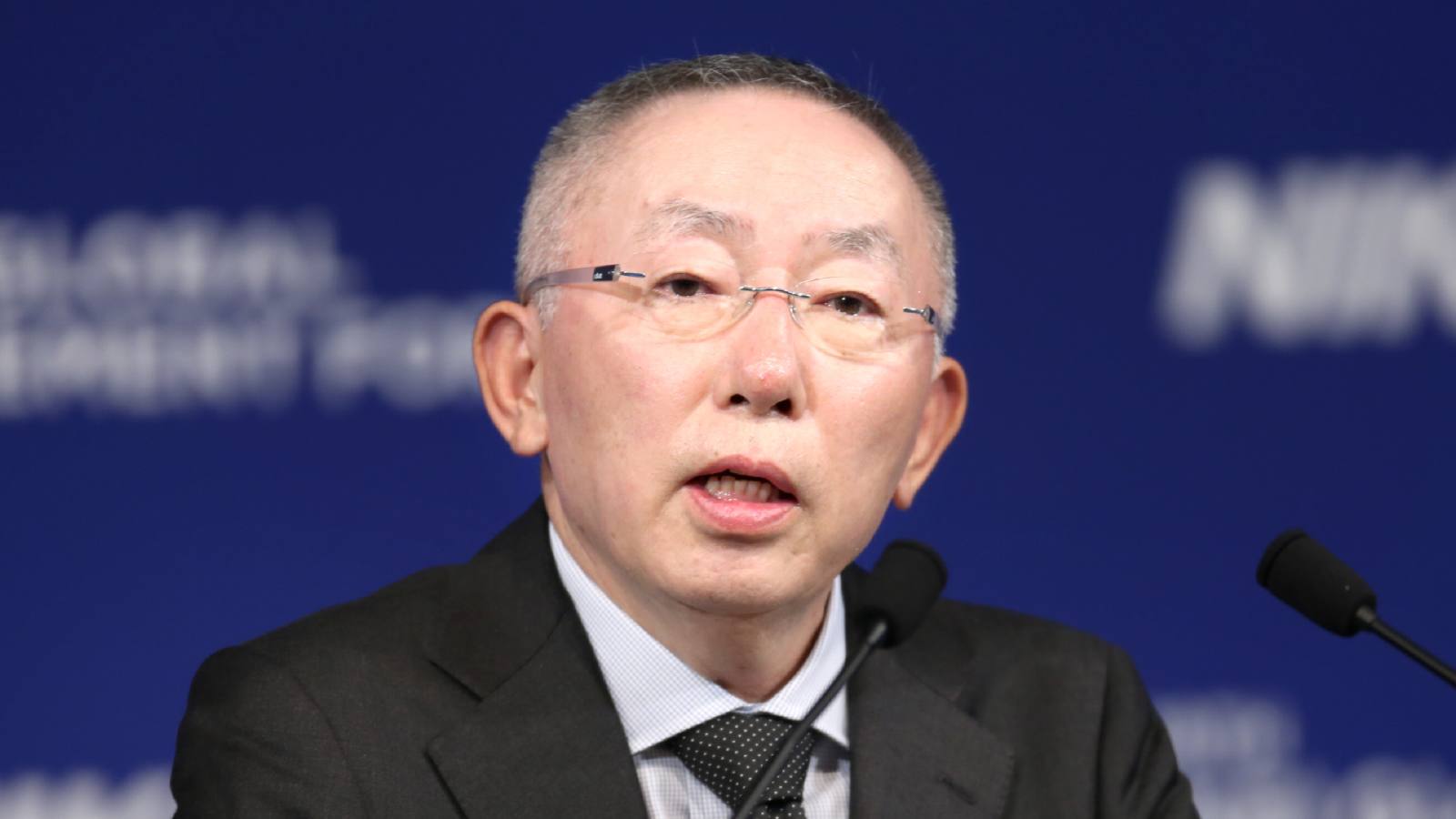 Mannequins are making a comeback aided by new technologies

The rise of fast fashion has coincided with this shift. Fast Retailing, the operator of Uniqlo, and Shimamura -- both of which specialize in affordable clothing -- are enjoying record profits.

This provides a convenient excuse for higher-end brands. What chance do they have if all Japanese consumers want are cheap garments? The success of Canada Goose, however, proves that expensive apparel still sells if the brand has that "special something."

For Canada Goose, that "something" is Arctic-strength heat retention.

Craftsmanship is not the issue for the Japanese contingent. Sanyo Shokai, for example, is admired even by its rivals. Subsidiary Sanyo Industries boasts a skilled sewing staff of 130 and makes business suits for popular retailers on a contract manufacturing basis.

Yet, Sanyo Shokai has struggled to leverage this strength and improve its performance.

Clearly, brand identity a crucial part of the equation. While Canada Goose has made a point of selling only through stores that match the image it wants to promote, conservative Japanese brands are still wedded to fading department stores.

In a way, domestic players can take heart from the Canada Goose story. If they fine-tune their sales channels and adapt to changing consumer behavior, they might still have a shot.