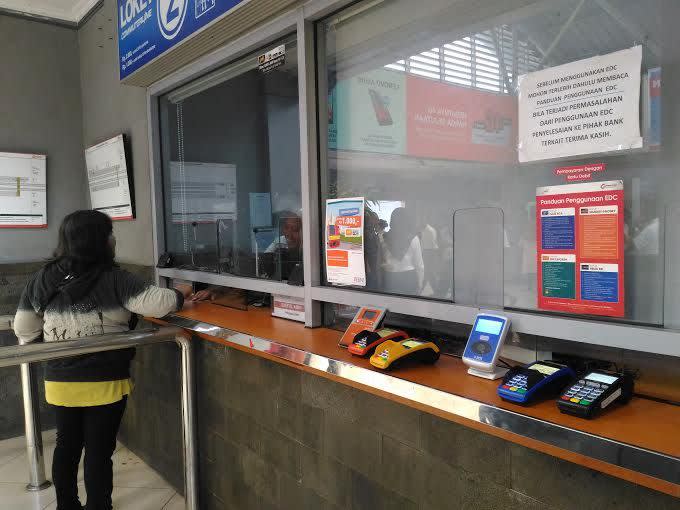 The bank made its first foray into the service a few years ago with Mandiri e-Money, which is card based, but e-Cash uses a mobile platform.

Users store money on e-money cards and use them to pay for services or goods at associated merchants. More established cards, like BCA Flazz, offered by Bank Central Asia, can be used at a greater number of locations, such as Jakarta railways and Transjakarta bus services, and at some convenience stores.

However, mobile-based e-money offers more than just a payment platform. Mandiri e-Cash, for example, is intended as a replacement for conventional bank accounts. Users can make deposits, transfers and e-commerce payments.

Mandiri corporate secretary Rohan Hafas said the mobile money platform was the bank's latest strategy to reach out to the unbanked population in the country, which, according to a World Bank report from 2015, represents 64% of Indonesia's adult population.

"As many as 117 million Indonesians don't have access to the banking industry," Hafas told the Nikkei Asian Review recently. "E-Cash is one of our tools to support branchless banking."

Although many Indonesians do not have bank accounts, they definitely have mobile phones: Mobile subscriptions here reached 319 million, surpassing the country's 255 million population.

In view of such numbers, Mandiri has been recruiting agents to expand market share. Hafas said these agents no longer need to be employees of the bank, but can be village chiefs, street-stall owners or cell phone credit vendors. "In 2016, we're targeting to have between 50,000 and 100,000 agents across the country," Hafas said.

As of November 2015, Mandiri had 1.5 million e-Cash customers and recorded 1.9 trillion rupiah ($136 million) worth of transactions. It expects the number of its e-Money card holders to reach 6.5 million by the end of the year.

CRAMPED MARKET   But Mandiri and Bank Central Asia are only two of the 20 players in the increasingly crowded e-money business, according to the central bank, Bank Indonesia. Those 20 issuers comprise banks, telecommunications companies and independent e-payment service providers. Indosat Ooredoo, a telecom company that has entered the segment, said its e-money platform Dompetku was not only aimed at individual consumers, but was also part of financial technology support offered to corporate and small and medium-size enterprises.

Indosat has 69 million individual subscribers, but is looking to businesses for growth. "For us as a company, corporate business is more stable [in the long run]," Indosat Ooredoo President Alexander Rusli said in Jakarta in December.

As for Bank Rakyat Indonesia, Indonesia's state lender focusing on the microloan segment, tapping into e-money business is inevitable. Bank President Asmawi Syam said 2016 would mark the beginning of the digital banking era in the country, and its e-money product, Brizzi, will be a core component in what he called an "extraordinary era."

"That is why since the 2000s, we've been sending a lot of BRI people to go to schools in Europe and the U.S. to study [digital banking]," Syam said.

Bank Indonesia has reported an upward trend in the use of e-money over the past five years -- there are 12 times more transactions now than in 2011. The total value of transactions rose 400% to 4.9 trillion rupiah as of November 2015.