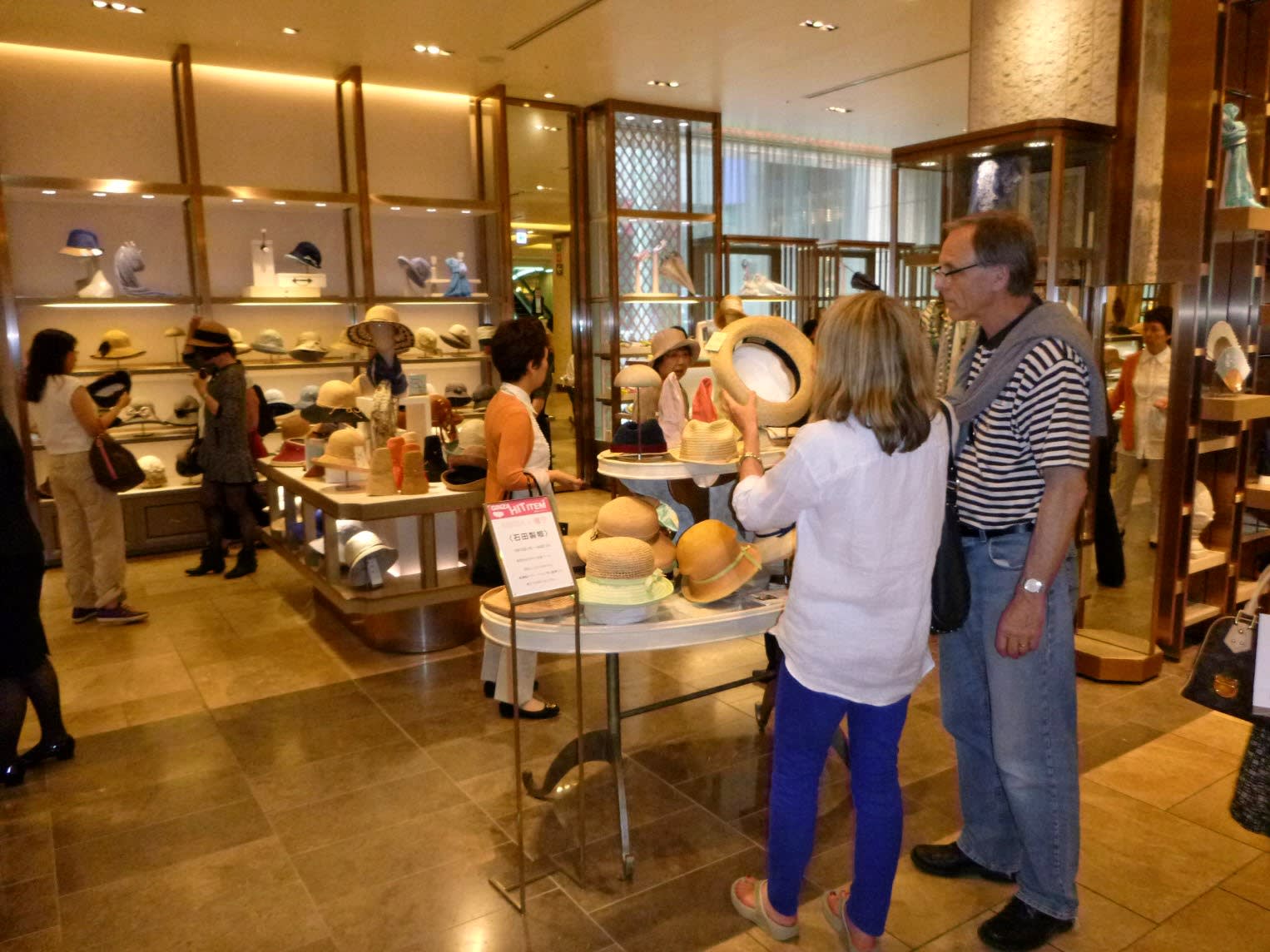 The Ginza Mitsukoshi department store is a popular shopping spot for foreign tourists.

TOKYO -- Department stores in Tokyo's prime shopping areas are receiving a much needed shot in the arm from growing tax-free sales to foreign tourists.

High-end stores in Ginza and around Tokyo Station, in particular, are benefiting greatly from the increasing number of foreign visitors to Japan.

Sales at these stores have held up better than expected following the consumption tax hike in April thanks to brisk growth in sales exempted from the levy.

Retail sales in general fell significantly in April after a last-minute surge prior to the the consumption tax rising to 8% from 5%.

Department stores are stepping up their efforts to attract more foreign shoppers as the government is planning to expand the scope of tax-free products by adding cosmetics and foods to the list in October in an effort to boost the tourist industry.

"Customers from China and Southeast Asia have a keen interest in current fashions in Japan," said a sales representative at Mitsukoshi department store chain's flagship Ginza store. The store saw its sales in April increase by 1.1% from a year earlier, becoming the only Isetan Mitsukoshi Holdings store that posted sales growth in the month.

The gain was driven by the doubling of tax-free sales, which accounted for more than 10% of overall sales for the first time in the month.

Handbags are the most popular items among foreign tax-free shoppers at the store. The department for luxury brand bags is often thronged with foreign shoppers. During busy hours, a line of waiting customers forms in front of tax refund counters.

Foreign tourists also show a strong interest in cosmetics, which are not yet on the list of tax-free items, according to Mitsukoshi.

Total sales at all Isetan Mitsukoshi stores dropped 9.3% in April in an inevitable reaction to the last-minute spike before the tax hike. But its Ginza store received powerful support from tax-free spending by foreign tourists.

Daimaru Tokyo, operated by Daimaru Matsuzakaya Department Stores and connected directly to Tokyo Station, managed to keep the sales decline in April smaller than at any other store of the group. Its sales posted a relatively mild fall of 3.7%.

Tax-free sales at Daimaru Tokyo surged 80% in the month. In particular, the store succeeded in ramping up sales of chopsticks and fans to Western travelers using Tokyo Station thanks to a sales promotion campaign involving origami cranes as free gifts for purchasers.

Sales at the Takashimaya Shinjuku store decreased 10.5%. But it was still a smaller fall than the 13.5% drop for all Takashimaya stores.

That's because the number of foreign shoppers at the Shinjuku store is larger than at any other store of the group.

The Takashimaya Shinjuku store has taken steps to lure foreign tourists as a way to cushion the impact of the tax raise on sales. In April, it held a lottery to offer special benefits for foreign shoppers who had bought tax-free items worth 50,000 yen ($487) or more. It also set up a special corner on the first floor dedicated to Hello Kitty products.

"We have tried to attract foreign customers to reduce the expected decline in sales following a surge in demand before the tax hike," said a sales manager at the store. The total number and sales of tax-free purchases at the store posted records in April.

These Japanese department stores are receiving a boost from the rising wave of foreign tourists into the nation. The number of foreign visitors to Japan surpassed 10 million in 2013 for the first time, according to the Japan National Tourism Organization. The figures for January, February and March of this year were also records for those months.

The growth of foreign tourist traffic to Japan has been fueled by some tourist promotion measures taken by the government, including the easing of the visa requirements for Southeast Asian tourists in July last year, as well as a weaker yen.

The number for April, to be announced on Wednesday, is also expected to show a year-on-year pickup.

In a move to increase foreign visitors to the nation further, the government this autumn will add foodstuffs, beverages and cosmetics to the list of tax-free items, which currently includes home electric appliances, kimonos, Western clothes, bags and shoes.

The government has set a target of raising the number of foreign visitors to 20 million by 2020, when Tokyo will host the Summer Olympic Games.