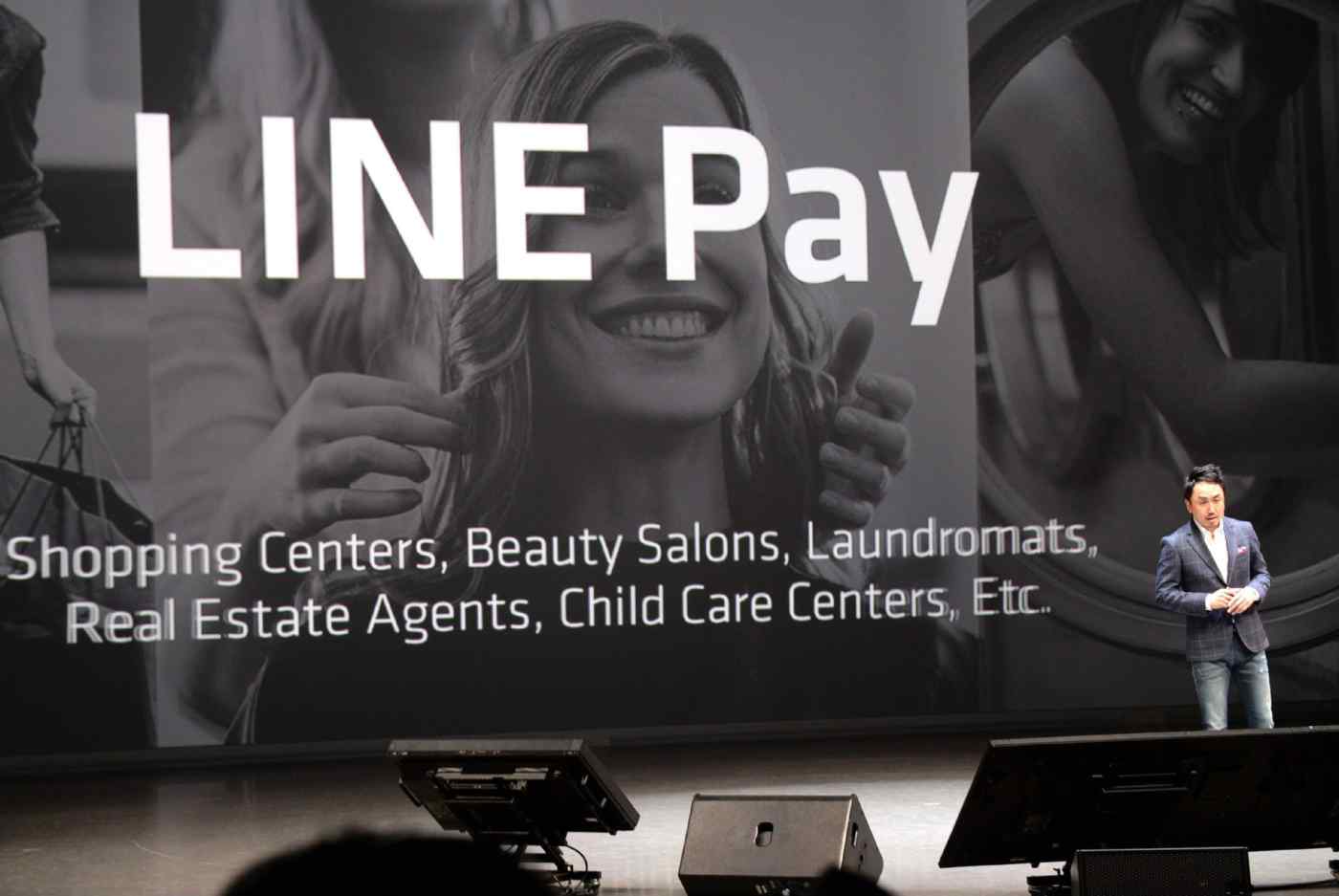 TOKYO -- The Japanese provider of the Line messaging application on Thursday announced new services integral to daily life, including finance and music, with the aim of turning the app into an essential part of users' lives.

"We will innovate on both the life and entertainment sides," Line's president, Akira Morikawa, said at a strategy presentation in Urayasu, Chiba Prefecture.

One of the new services is Line Pay, which lets users pay for a variety of services in stores and online using the Line app on their smartphones. Users first have to link their Line accounts with credit cards and bank accounts.

Users will also be able to call taxis and order food delivery through Line. All three of these services are slated to launch by year-end.

Line's business model is to generate profits off these services. But in order for this to work, it needs to expand the user base of the free Line app, the platform for the services. The app had 560 million registered users as of Thursday, an increase of 70 million from the end of July.

However, this number includes people that registered but who are not using the app. Line disclosed its monthly active users for the first time on Thursday. The figure was 170 million, trailing the 600 million of industry leader WhatsApp, which is under the umbrella of Facebook, and the 438 million of China's WeChat.

Morikawa said he doesn't think that the tally is small. But many industry insiders say the messaging app lags far behind the American and Chinese rivals.

Having launched in Japan in June 2011, Line attracted users by spending heavily on television commercials and other promotional activities. Funds are needed to catch up to the two rivals, and that is why Line was preparing to go public in Japan and the U.S. It has decided, however, not to do so this year.

"We will focus on our business until we achieve stable growth," said Morikawa, explaining the reason for postponing the initial public offering. "We hope to turn our company into one investors want to put money into."

Morikawa added that at present, Line does not intend to receive capital from other companies. For now, the unit of South Korea's Naver will look to the new services to help close the gap with rivals.

"We hope to grow not just in Asia but in Europe and North America as well," said Morikawa.

By disclosing its monthly active users for the first time, Line has finally entered the same ring as its two bigger rivals. But it has challenges to overcome in order to become a "lifeline" in the smartphone age.