QL's Chia does not mince around 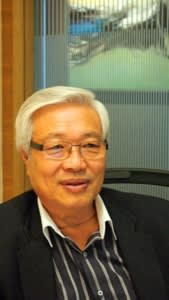 Malaysia's QL Resources, Asia's largest minced fish producer, is headed by Chia Song Kun, the founder and managing director of the company. Chia started his village business to support his family. He then diversified into operations including minced fish processing and chicken farming. The company has today expanded into Indonesia and Vietnam, with an eye on the Middle East and other Muslim markets. Chia says his company's business model is based on the economy of a poor fishing village. He has steadily expanded the scope of his company while keeping fish-related business as the mainstay operation. The company, for example, began chicken farming in Indonesia. Chia explained that once people can make ends meet, they begin buying eggs. Growing up in poverty, Chia understands how income affects spending.

The company's next target is the global market. Many of its products are Halal- certified, meaning they can be eaten by Muslims. Chia said that if products are acceptable under Islamic law, they can be sold anywhere.