Energy Secretary Cusi wants all Filipinos on the grid by 2022 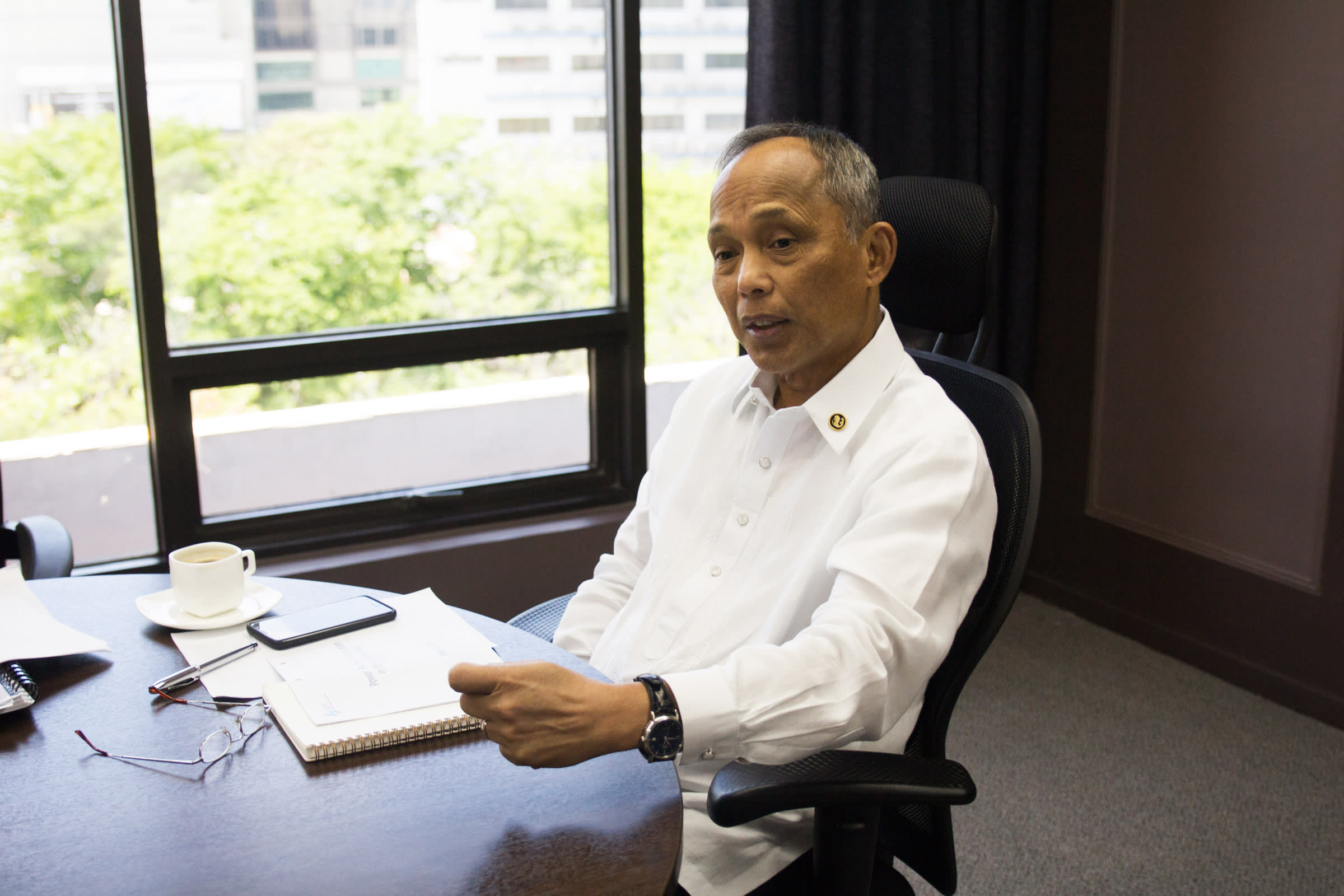 Over 20 companies from eight countries have proposed partnerships with state-owned Philippine National Oil Corp. for an LNG receiving terminal at the southern part of Luzon island. Cusi said his team is still reviewing funding and technology options.

"We are talking to China [and] Japan," he said. "We are looking at which can offer the best in terms of funding. It's too early to say who is more advanced -- there are so many things to look into."

Cusi is vice chairman of President Rodrigo Duterte's PDP-Laban party. He has traveled to Beijing and Tokyo this year to solicit energy investments for the Philippines, which runs into alerts and price spikes for electricity whenever the country's lone LNG facility undergoes maintenance.

Cusi said he plans to travel to South Korea and Russia, and does not favor any particular power-generating technology. He said Malampaya, the only source of natural gas in the Philippines, is expected to be exhausted by 2024. The gas field operated by a consortium led by Royal Dutch Shell provides 40-45% of Luzon island's power requirements. Luzon accounts for two-thirds of gross domestic product in the Philippines.

The proposed terminal could import LNG from other countries while alternate Philippine resources are being developed. These include gas fields in the South China Sea in dispute with China. The terminal's plant will initially generate around 200 megawatts, but can expand to 800MW. Cusi hopes to find an investor this year.

Duterte is targeting total household electrification before he leaves office in 2022. As of December, over 90% of households had access to energy. Cusi also said he is studying the possibility of activating a $2 billion nuclear power plant on the Bataan peninsula. The project, initiated under President Ferdinand Marcos in the 1970s but never activated, is located near an earthquake fault line.